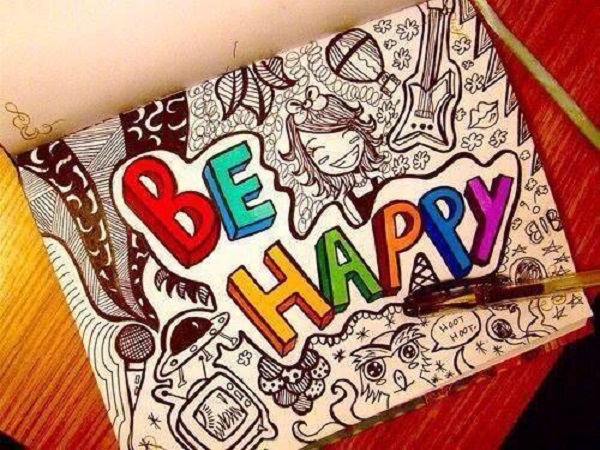 The survey asked approximately 1,000 adults (people over the age of 15) from 138 countries to answer yes or no to questions like: do you feel well-rested? and did you learn or do something interesting yesterday? With the aim being to assess the feelings of enjoyment and happiness felt by participants.

The results ranked Australia as the 18th happiest country in the world, with a positive experience index score of 79 out of 100.

Australians may still be above the world average of 71 out of 100, but why are we not sitting higher on the list?

Nine of the top ten happiest countries are in South America and are considered to be, by the United Nations, developing countries.

We probably like to think we’re better off living in a developed country, but that may not be the case.

The report claims that happiness in these countries is partly due to the cultural tendency to focus on the positives in life. Paraguay tops the list, reported to have a positive experience index score of 87.

We may not be the biggest whiners in the world but it seems Australia doesn’t promote a culture that focuses on happiness.

If you ask people on Monday how they’re feeling, they will most likely answer you with a negative remark about it being the start of another week. The common notion is we struggle through the first five days of the week to make the money we will spend on the weekend.

The weekend is often regarded as the two days in which people can have fun doing the things they want to do. The question then lingers: why can’t we find things we enjoy doing during the week?

The phrases, “I need money” and ‘”I feel like I’m always at work” are heard often. If we’re always working then why don’t we have any money and what are we spending it on?

Apple releases a new iPhone model and we rush out to get it even though the one we already own works fine. We have also started replacing the word ‘want’ with ‘need’, such as in the case of “I need new boots this winter” or “I need a new car”.

The abundance of commodities is only making us unhappy, but our culture makes us feel inadequate if we cannot keep up with the trends.

Another ideal that is commonly adopted by Australians is their love of travel. It is great to see the world but because we are so far from everyone else it comes at a high cost.

People work themselves to afford a holiday, with the holiday then rejuvenating them so they come back and do it all again.

I am guilty of this myself. While travelling last year I met an American and he said something that still resonates: “Australians are always travelling, they have a ‘get the heck out of here’ mentality.”

We are always trying to “get the heck out of here”, but if you ask any patriot they will tell you we live in the best country in the world.

If you live in the capital cities, particularly Melbourne and Sydney, you can experience the world’s cultures via the millions of migrants that have travelled to the ‘lucky country’ to create a better life.

It would be great to be able to afford the latest technologies and visit all the wonders of the world but if we can’t we shouldn’t dwell on that fact; it will only make us more miserable.

Maybe we should start to adopt the ideals possessed by countries such as Paraguay, Panama and Guatemala, the nations ranked top three in the survey, and focus on the positives in our lives.