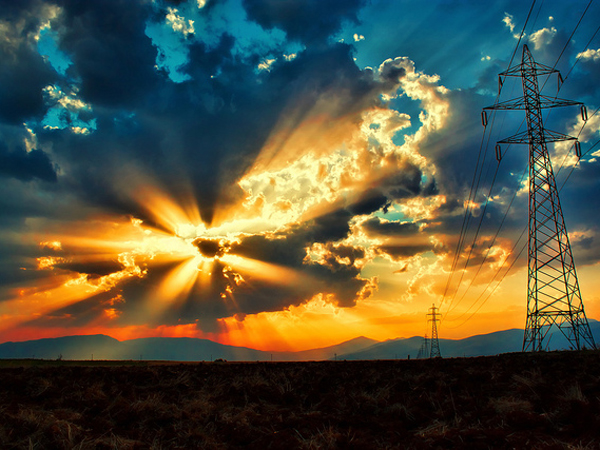 While the legitimacy of global warming is questionable, there have been a number of prevention strategies put in place in order to minimize the amount of greenhouse gases we emit in to the air, however, there is one that is not so highly acknowledged.

The exact objects of this concept has become lost between generations as the years have progressed, however, it is, albeit controversially, one of the oldest forms of energy conservation around.

Last Sunday, those of us from Victoria, New South Wales, South Australia, Tasmania and the ACT all reveled in the fact that we were allowed an hours extra sleep. The ending of daylight savings meant that it was again that time of year where we wound the clocks back and hour, a sure sign that those long summer days are behind us.

However, while we are still battling to resynchronize our sleep patterns days on from the change, our fellow counterparts in Western Australia, Queensland and the Northern Territory are sleeping soundlessly in bed.

Which brings us to the questions, why do we have daylight savings and what purpose does it serve?

To answer the first question, the mastermind behind the idea has been credited to William Willett of London, who in 1907 proposed the concept of shifting the clocks forward in order to move an hour of daylight from the morning to the afternoon.

It wasn’t until 1971, during World War I that Day light Savings Time (DST) came into effect in Australia. The Commonwealth used their powers to order all states to conform to the new DST, which occurred during the last three months of summer. The plan was abandoned after the war but World War II saw a reintroduction of the scheme, this time for three consecutive summers.

In 1967 the idea was again introduced by Tasmania, this time in an effort to save power and thus water during one of their most severe droughts on record. After a short trial period that excluded only the Northern Territory and Western Australia, the majority of the states passed legislation in 1971 to have DST remain permanent, presumably for similar reasons to that of the original plan.

It is important to note here that Western Australia has since held a trial period of their own, however, after four referendums, the concept is still rejected by the majority of the state’s voters.

“The population itself is ageing and it seems that people who have gone through several cycles in their life realise that sometimes daylight saving works and sometimes it doesn’t but the net effect is it’s just not worth it,” he says.

To relate this back to power saving efforts, research has proven that an ageing population means that ultimately people are spending more time indoors anyway, thus eliminating the original positives that came with daylight savings.

Premier of the state Colin Barnett says that while he is a supporter of DST himself, the Western Australia public has spoken and for now, the case will remain closed.

“I can assure people, as long as I am Premier of Western Australia, we’ll not have a referendum for many years,” he said after the most recent referendum.

The simple fact that the Australian government has not enforced DST all around Australia also alludes to the case that the claims of environmental and economical benefits of the concept do not have particularly strong backing evidence.

Although it has been found that 60% of voters in Queensland would in fact like to join the same time zone as the DST states, former Queensland premier Anna Bligh said that DST is simply not an option for those in the North.

In this day and age of modern technology, the idea of using DST to reduce power consumption is somewhat naïve.

In fact, General Manager of System Management at Western Power, Ken Brown says that the increase of 0.6 per cent in electricity use that was observed over the DST period was indeed caused by the longer nights.

“The actual cause of the increase was the use of air-conditioners and that actually occurred because of the daylight lasting a bit longer from a point of view that it doesn’t get dark until about eight-thirty, a quarter to nine,” he said.

Unfortunatly for the 70 countries that observe DST, the bad news just keeps coming.

According to the University of Alabama, the abrupt change in sleeping patterns can increase a person’s chance of having a heart attack by 10%. There is also evidence that DST results in ‘hundreds of thousands of hours of lost productivity in the workplace’, ultimately leading to a significant decrease in financial turnover.

But still the majority of Australian states have remained loyal to the, perhaps outdated, concept.

However, until the Australian Federal Government decides to take the decision away from the state and territory governments, DST will remain controversial and confusing.

Meanwhile, perplexed Australians from all over the country will continue to vent their frustration on Facebook pages such as ‘Daylight Savings Time Sucks’ and ‘Daylight Saving For South-East Queensland’, using up more unnecessary electricity while there is still plenty of light left for outside activities.

In 1784 when Benjamin Franklin stated ‘Early to bed, early to rise, makes a man healthy, wealthy and wise,’ he had very little idea as to what was to come of his off handed comment.

Simone McInnes is a third-year Sport Journalism/Psychology student at La Trobe University. You can follow her on Twitter: @McSimone.