Among constant sequels and remakes, Hollywood blockbusters have also received the edit and re-release treatment. 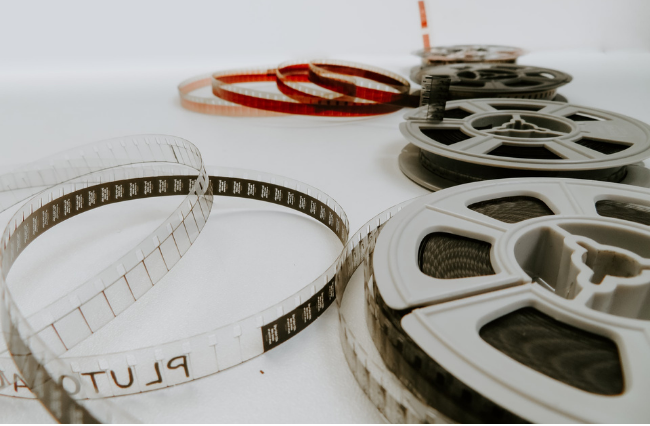 Earlier this month it was announced that Francis Ford Coppola and Paramount would be editing and re-releasing the infamous third act of The Godfather series, with some big changes.

Slated to release in December, Coppola said this new version will include changes to scenes, shots, and music cues with the most major of these being an entirely new beginning and ending, To mark the differences between this and the original, the re-release has been titled Mario Puzo’s The Godfather, Coda: The Death of Michael Corleone.

The release will coincide with the 30th anniversary of the film’s initial box office run in 1990. Being the epic conclusion to a much-loved trilogy, Part III was a great financial success. However, unlike its acclaimed predecessors, critics and audiences were lukewarm towards the film. As it stands, it sits on a 68 percent critic score on Rotten Tomatoes where Part I and Part II both sit on 98 percent.

Coppola’s black sheep hasn’t been the only critical failure to receive the greenlight for a re-release in recent times. Zack Snyder’s cut of Justice League – abandoned for a heavily edited cut by Joss Whedon – is set for a 2021 release via HBO Max after an arduous three-year long online campaign.

With these films in mind, one has to ask: What makes a film worthy of a re-release and who decides how that’s done?

Dr Jillian Holt, a senior lecturer in the Department of Film and Animation at Swinburne University, pointed to a number of reasons that can affect the decision-making process behind re-releases.

“There’s so many reasons why a film can get re-released. It might be that … they’re doing some sort of profile on the life and times of the director and they re-release a film. You know that’s popular now because there’s another 30 or 40 minutes outstanding that they didn’t put in the final cut,” Dr Holt told upstart.

She also said that the release of sequels could prompt a re-release of classic franchise entries, as in the case of Star Trek. With DC competing with Marvel year after year, this factor might have helped greenlight Snyder’s Justice League. There’s also the big draw for studios – potential profit.

“If there’s money, there’s a re-release. It goes both ways,” she said.

Dr Vincent Giarrusso, a lecturer also in the Department of Film and Animation at Swinburne University, shares a similarly cynical viewpoint to Dr Holt.

“Usually the common denominator is economics, isn’t it? Like, they’re just trying to make more money off the film with all the success in the first place,” Dr Giarrusso told upstart.

“You’ll have added components to get more people to see it, whether it necessarily makes the film better or worse … I don’t think that figures.”

In the case of Justice League, which flopped at the box office and resulted in an estimated US$60 million loss for Warner Bros., the guarantee of financial success truly rests on fulfilling audience expectations.

Those expectations have been high for the past three years, when the hashtag #ReleaseTheSnyderCut roused many fans to petition Warner Bros. to deliver them the product they wanted. The movement was backed by many notable celebrities, including Ben Affleck, Gal Gadot, and Jason Momoa – all of whom starred in the film.

“I think audience participation in that process is interesting and valid,” Dr Giarrusso says.

However, faith in a director’s ability has sometimes failed when it comes to re-releases, as was the case with George Lucas and Star Wars. Released in the late nineties before The Phantom Menace, the so-called ‘Special Editions’ of Star Wars IV, V, and VI utilised CGI to change many scenes to Lucas’ liking.

This, as it turned out, left (and continues to leave) fans disappointed, especially since Lucas has vowed never to release his original cuts. As Wired wrote earlier this year, “These aren’t the versions that were nominated for 17 Academy Awards, including best picture. These movies didn’t change the world.” A similar sense of loss over what was or could’ve been seems to have driven Zack Snyder’s supporters.

The verdict on whether or not Zack Snyder’s Justice League and Francis Ford Coppola’s Mario Puzo’s The Godfather, Coda: The Death of Michael Corleone will be able to fulfil these hopes is still not out. In any case, both Dr Holt and Dr Giarrusso say the director is at the creative heart and helm of filmmaking.

“The director, really, is the creative vision for the film,” Dr Holt said. “So anything to do with the artistic, the visionary aspect of bringing the script to the screen is the director’s job.”

“I could not name one producer and there’s nothing about the producers of [recent films] that I can attach any idea, ideology, aesthetic approach to,” Dr Giarrusso said.

If edits and re-releases are to become the next big thing, following sequels and remakes, Dr Giarrusso hopes that this will be a positive thing.

“It sort of brings back a re-appraisal of the film. Hopefully, the film’s better for it.”

Photo: four reel films lying on white table by Denise Jans available HERE and used under a Creative Commons Attribution. The image has not been modified.