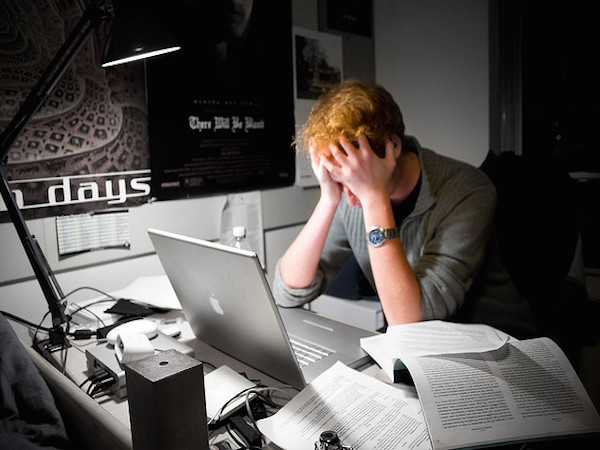 For many Australians, the working day doesn’t end when they step out of their office and into their home. More people continue to work longer hours and take on extra responsibilities.

As the line between work and lifestyle becomes increasingly blurred, all these extra hours of work aren’t necessarily being reported or tallied.

While there are rules in place to mandate how many hours one can work per week, employees are still only one email away from their workplace, or one phone call away from a boss’s command.

Students work weekends in order to fund their living expenses, teachers prepare lesson plans and grade papers, entrepreneurs work around the clock to ensure their business runs smoothly, and health professionals work through the night to save lives.

According to research done in 2004 by 8hourday, 36 per cent of Australian workers worked the hours of 9-5. This percentage has drastically declined due to advancement in technology and extraneous pressure placed on workers.

The Fair Work Act 2009 states that an employee can work a maximum of 38 hours per week, unless a reasonable request by an employer is made.

Statistically speaking, Australians are working slightly less hours on average than they once were.

However, more than 15 per cent of Australian people work over 50 hours per week. Realistically, the percentage of people working these hours is a lot more.

While Australians may be adhering to the required hours on paper, unpaid overtime statistics remain quite high.

In 2014, the French government implemented new legislation requiring employees to “disconnect” outside of work hours. Employees have no obligation to reply to emails or incoming calls from employers under the legally-binding agreement.

Despite intrusion on free time, some employees say working unconventional hours isn’t necessarily a bad thing, as it enables them to have more flexibility.

Luke Bush works for an insurance company as a lawyer. He says he works from 8.30 am and finishes at 5 pm, but still carries out work tasks outside office hours because the head office is in London.

“Outside of my time spent at the office I still carry out work tasks,” he says.

“I often make contact with London and, because of the time difference, I have to respond to emails from over there as they often require instant information from me.

“It’s easier to get things done while I’m home sitting on the couch at night or out for dinner rather than having to deal with it tomorrow at work.”

Working overtime is recognised by some organisations as a serious health concern.

National Go Home on Time Day is held in November every year. The day was conceived in 2009 as a light-hearted way to start a serious conversation about the impact of poor work/life balance on our health, relationships and workplaces.

Overworking has been shown to have long-term adverse health effects. According to The Examiner these include headaches, sleep deprivation and high blood pressure. Over long periods of time, these things can lead to other, more severe conditions such as cardiovascular disease and even heart attacks or stroke.

Australia may appear to be overworked, but how do we fare in comparison to other countries?

For entrepreneurs, business owners, teachers, and many other professions, the work never stops. For many there is no such thing as ‘working hours’. Even some of the most highly successful business people have realised this.

“In the end, life is wonderful, but nonetheless a series of trade offs, especially between business/professional endeavours and family/community,” he said.

Achieving a work/life balance is difficult, but also very important. It all comes down to the age-old question: How much work is too much?

On paper, it seems Australians have achieved a good balance – but who works strictly 9-5, five days a week?

You’d be hard-pressed to find someone who does.

Johanna Brasier is a third-year Bachelor of Journalism student at La Trobe University. You can follow her on Twitter: @JohannaBrasier,