A charity helping men be proactive about their physical and mental health. 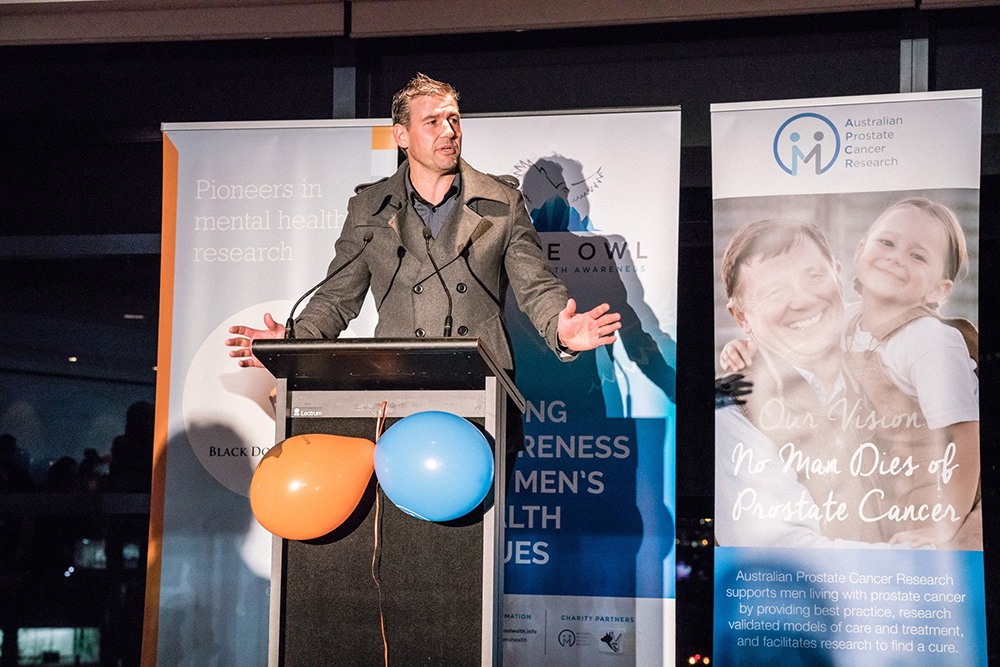 Mental health has always been a delicate and serious issue.  It is one that needs understanding, patience and respect for people who suffer from it, and which can affect their everyday lives and impact others around them.

However, sometimes people who suffer from mental health issues don’t always speak up about it. Especially men.

However, for fears of being seen as ‘weak’, some men have felt that it is best to ‘man up’, while others can be simply too embarrassed to talk about their situation.

White Owl is one of many charities who are spreading awareness about men’s mental health issues, and are playing its part in helping people affected get their lives back together.

Travis Strong, the co-founder and president of White Owl, started the organisation as a legacy for two of his friends who passed away in 2015; one from suicide and one from prostate cancer.

“They both passed away in their early 40s, which is way too young,” he told upstart.

“Together with seven other mates, we decided that we had to do more to get men being more proactive in looking after their physical and mental health.”

To spread awareness and reiterate the message that ‘it’s okay not to be okay’, White Owl will be hosting a fundraising event at Etihad Stadium on 23 June for the third consecutive year.

At the event, White Owl is hoping to raise funds for Australian Prostate Cancer Research and The Black Dog Institute.

“We have a simple goal to increase awareness around men’s health and to raise as much money as possible on an annual basis for our charity partners,” Strong said.

As well as running the fundraising event next month, White Owl is using other methods to spread the word about mental health and ways to combat it.

“It’s hard to put a number on it but awareness is growing steadily,” Strong said.

“We’ve had over 500 people attend our White Owl events over the past two years and have more than 320 followers on Facebook.

“We are building our social media presence and anecdotally we know that we’ve started lots of positive conversations around men’s health awareness, which is what we had hoped.

“We [also] participate in a number of events which appeal largely to a male audience, such as the Man Cave Expo, various corporate and school events, radio interviews and the launch of the ALITEUM Menswear fashion label.

“We heavily promote our fundraising activities for our charity partners in the Black Dog Institute and Australian Prostate Centre.”

Like White Owl, the Black Dog Institute are trying to make a difference in the lives of people with mental health issues.

With the additional funding from White Owl, the Black Dog Institute is able to continue its mission to encourage men to acknowledge their situation so that they can live better lives.

“Not only does their (White Owl) annual event raise funds for Black Dog Institute; they also distribute our resources and help-seeking information which raises much needed awareness,” Lauren White, the Community Fundraising Officer at The Black Dog Institute told upstart.

“More recently, the organisers of White Owl held a stall at the recent Man Cave Exhibition where they were also distributing this information.

“Funds raised by White Owl contribute in particular to the expansion and continued national roll-out of our education workshops, mental health training and community awareness programs.

“These programs are vital, particularly in regional and rural areas, as well as in cities, to ensure that all Australians are aware of their mental health, and have the evidence-based information and resources to seek the care they need.”

Although the fight against mental health issues is gradually gaining more publicity and research, Strong understands that there is still much work to be done.

“It’s baby steps and we still have a long way to go,” he said.

“That’s why we started White Owl, because we know how reluctant blokes can be to share this type of information and we want to change that.

“We are committed to raising the awareness of men’s health issues and making sure men are aware of the support options that are available to them.

If you or anyone you know needs help, please contact: