Extinction Rebellion Australia: their demands, their plans and their reasons 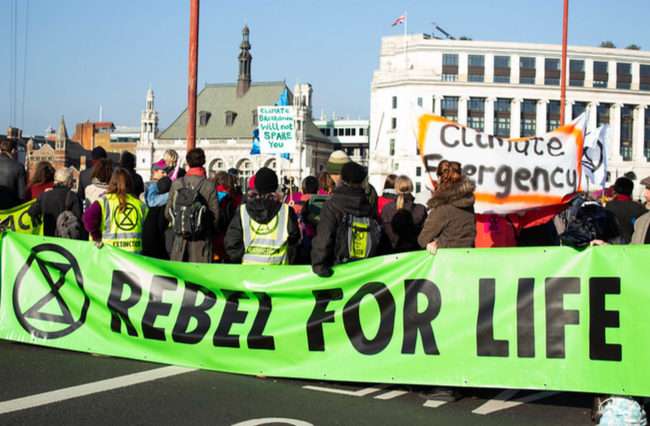 Children can be masters of getting what they want. Just walk down a supermarket lolly isle and you can see the mini manipulators at work. Throwing tantrums, making noise and generally being a pain in the bum may work on parents, but will it work on governments? Extinction Rebellion (XR) are going to find out.

XR are a global climate change activism group, inspired by non-violent movements including the civil rights movement, Indian independence and the suffragettes. They have also created strategies using Harvard professor Erica Chenoweth’s research into the success of non-violent, civil resistance and disobedience.

They were established in the UK in 2018 and played a major part in getting the UK’s parliament to declare a climate emergency. Since then, XR has started to independently expand around the world, including South Africa, USA, Czech Republic and Australia.

Each group was set up by locals to address the climate change issues unique to their country and their methods change depending on the laws and the level of police response. Despite only being in Australia for a year, XR has already made their presence known in capital cities and towns across the country.

The desire for climate action is growing. The Australia Institute’s Climate of the Nation 2019 report shows that 81 percent of Australians have some level of concern about climate change and with another hotter than average summer and catastrophic bush fire season predicted, ER Australia’s representative, Mariam Robinson expects their numbers will grow.

“I think the general public is going to start panicking soon about climate change. Despite the best efforts of some media outlets to play it down and some politicians to pretend everything is going to be fine,” she told upstart.

XR Australia want to get their demands met, and their main strategy is to block up the courts and force change by costing the government money.

“Rallies and things are easily ignored. It’s not until you start getting people arrested in their 100s and 1000s that governments actually start to sit up and take notice,” Robinson said.

People don’t have to get arrested to be involved with XR, but they are trying to get willing members arrested for minor charges like blocking traffic.

From country to country, the details of how XR groups operate depends on a number of factors, including the climate policies in place. However, three simple demands form their shared platform: “act now”, “tell the truth”, and “beyond politics”.

“Tell the truth” is directed at the members of parliament and the media that are refuting scientific data about climate change.

“At the moment everyone seems to be kind of in denial about how serious it is, so the public need to know,” Robinson said.

“Presently the targets are all too way out in the future and they’re not going to do what science says we need them to do,” she said.

Robinson believes that governments can’t be trusted to act on climate change and the citizen’s assemblies need to be able to enforce decisions.

“They are largely corrupt because of influences of corporations and donations and professional politicians are too timid in their actions, because they’re worried about getting elected,” she said.

Many local councils have already declared a climate emergency, and Labor is wanting zero-net emissions by 2050, but Robinson believes it will take a mass movement of the mainstream general public to get action at a federal level.

“We can’t wait three years till the next election and even if we did get a Labor government, it wouldn’t really be much different, to what we’ve got now,” she said.

This week’s protests are just the beginning of their plans. With continued inaction around the world, XR intends to increase their level of disobedience in ever more disruptive and creative ways, until action is taken.

It is too early to tell if XR can get governments to start acting on climate change, but one thing is for certain, there will be a lot of people late for work.

Photo: Extinction Rebellion-12 by Julia Hawkins available here and used under a Creative Commons Attribution. The image has not been modified.