Eating disorders are represented as a lifestyle choice, but are actually one of the deadliest psychiatric disorders 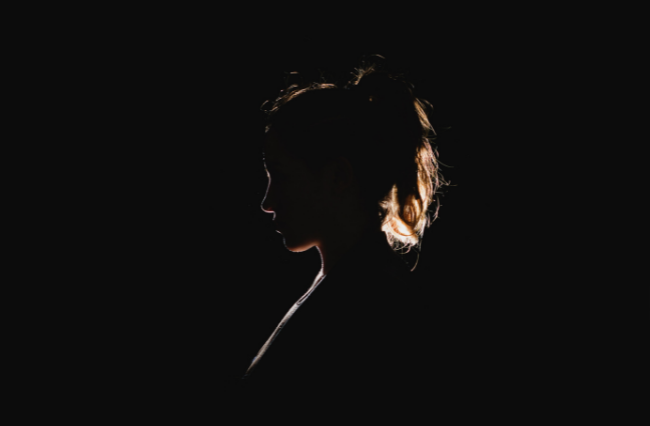 Audrey Harrold was diagnosed with anorexia nervosa when she was 14 years old. She’d already suspected that she had an eating disorder when realising she was mentally documenting what she had eaten and how much she exercised. While she didn’t look “sick” at a casual glance, her mental illness “utterly consumed” her.

“I could hear ‘normal’ me being shocked at my actions and silly thoughts, but I could only act on my ED impulses and fear,” she tells upstart. “I knew it wasn’t my fault, but I wanted to know why? Why? Why? So badly!”

According to The Butterfly Foundation eating disorders (ED) are mental health conditions that affect one in 20 Australians. EDs, like anorexia nervosa, bulimia nervosa or a binge eating disorder, cause compulsive behaviours that can lead to significant physical health complications and high levels of psychological stress. And if not addressed, they can lead to long term medical, psychological and social consequences. The mortality rate for EDs is between one and a half times to twelve times higher than the general population. This is because the conditions carry an increased risk of premature death and increased risk of suicide, making EDs one of the deadliest psychiatric disorders.

But in the past EDs have been heavily stigmatised or marginalised, being represented in Western culture as a lifestyle choice, or as an illness that research finds primarily affects women. Dr Westwater, a Cambridge University researcher on the causes of anorexia and bulimia nervosa, says the ignorance surrounding EDs may embody an element of misogyny that says women’s health problems aren’t as important as men’s.

“This has fed into the stigma that people choose to have an eating disorder, which cannot be further from the truth as they are some of the most debilitating illnesses that exist,” she says.

Patterns may also begin to develop young. According to the Institute of Family Studies (AIFS), around 25 percent of girls and 12 percent of boys aged between 14-15 who were of an average weight range had consciously restricted their food intake. AIFS’s research found that adolescents may be limiting their food consumption to maintain their current weight, or to attain thinner body shapes that are typically accepted in our society, which can quickly get out of control.

“Even when part of me wanted to rid myself of these constraints I felt I had no choice. I just couldn’t get rid of the rules,” Audrey Harrold says. “At first these rules could have feasibly passed as ‘healthy choices’ by outsiders, [but] they quickly descended into more absurd, arbitrary and morally implicated compulsions.”

Adolescents with eating disorders often require a lot of support and supervision from their guardians, and the stress of caring for someone with an ED can in extreme cases tear a family apart. When Audrey was still a minor, she completed family-based treatment (FBT) which attempts to use the family to help adolescents overcome their ED. But the treatment didn’t help Audrey’s mental illness.

“For me, it was awful and only made it worse,” she says.

In 2019, because Audrey was so physically unwell, she was given an ultimatum to either be admitted to a medical psych ward and “get force fed”, or attend a specialised psych unit where she could receive therapy at the same time. Audrey chose the latter option and ended up staying there for a few weeks. Since, she sees a recovery mentor, a GP and a psychiatrist.

“My new therapist saved my family from this treatment loop and gave the choice back to me so I could learn for myself that I wanted to get better and how to do so,” she says. “It took a while and a few terrifying physical and mental states, but I finally chose recovery and life.”

Now, eating disorders are beginning to be taken more seriously in mental health legislation. In the 2021 Federal Budget, $350 million is being invested into women’s health. Health Minister, Greg Hunt, announced that one of the key investments is focusing on women’s eating disorders with $26.9 million being invested to support those suffering.

But what causes eating disorders?

Dr Westwater led a study at Cambridge investigating a prominent theory that stress can trigger people to lose the ability to control themselves, leading to binge eating. To find out if there was empirical evidence to support this theory, brain imaging was used on patients with anorexia nervosa and bulimia nervosa to measure their ability for self-control before and after a stressor.

“Although we didn’t find very strong evidence that stress leads to problems with self-control this doesn’t mean that stress doesn’t lead to binge eating for people … we are still getting closer to this question of how stress affects eating disorder behaviour but it’s a very complex story.”

Dr Westwater was surprised that they didn’t find any direct evidence to support this theory. But although medical researchers are no closer to finding a definite “why”, they’re confident in effective treatments for these conditions. For someone who suspects that they have an eating disorder but haven’t been diagnosed yet, Dr Westwater advises them to reach out to a health care professional to support them.

“The most important thing is that you reach out for help as soon as you can and to feel comfortable to ask for help from your friends and family as well. It’s something you need a lot of social support to get through,” she says.

Audrey Harrold agrees and suggests that as soon as you suspect that you have an eating disorder you need to say something.

“It will feel like the wrong thing to do but that’s just your eating disorder trying to keep you for itself,” she says.

Article: Savannah Pocock is a second-year Bachelor of Media and Communications Journalism student at La Trobe University. You can follow her on Twitter @Savannah_Pocock

Photo: A black silhouette of a woman available HERE and used under a Creative Commons Attribution. The image has not been modified.