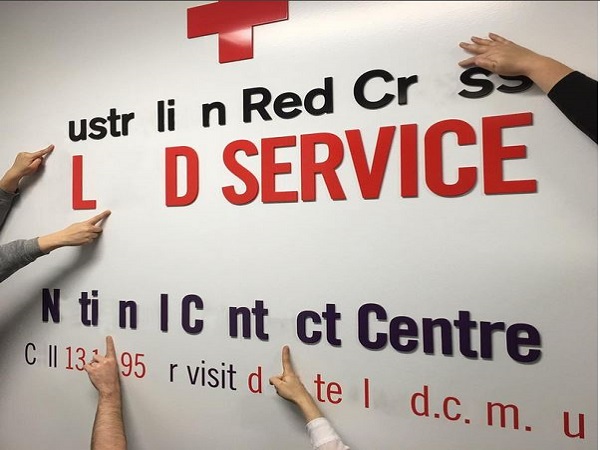 As the supplies of blood types A, B and O go missing, the letters are following suit.

In a bid to raise awareness of the blood donor shortage across the world, corporations and charities have dropped the letters A, B and O from their names this week.

The ‘Missing Type’ campaign was launched last year by NHS Blood and Transplant in the UK that came about due to a 30 per cent drop in donations over the past seven years and has spread globally.

“To meet patient needs, the Australian Red Cross Blood Service needs 100,000 new blood donors to give blood for the first time over the next year and that is why the International Missing Type campaign is so important in bringing to light this need,” she says.

“There are more than nine million eligible donors that don’t currently donate,” she tells upstart.

Australians often rule themselves out of contention without completing the Red Cross’ questionnaire to test their eligibility.

The colder months are always a down period for the centre due to illnesses and colds, however the Blood Service has also seen a drop in donations due to the increased popularity of tattoos and overseas travel.

“Roughly 40,000 donors per year are excluded due to getting artwork done on their body,” Lagoudakis says.

“A fresh tattoo excludes donors for six months following, but [they] often think it’s permanent or simply forget to return.”

Australia is one of 62 nations that collect the entirety of its blood supply via voluntary unpaid donations and the Red Cross says this is the safest method.

“We want people donating purely to save lives, this helps ensure the safety of the patients,” Lagoudakis says.

A large contingent of prominent Australian brands and landmarks dropped the A, B and O from their name including NAB, The Age, Qantas, NSW Police, Adelaide Football Club and TV show Neighbours to encourage Australians to donate.

The Blood Service have received a spike in pledges following the campaign and hopes to expand their base of donors to fill the shortage.

“It’s so great we have such a large number of businesses and communities getting on-board to help this cause,” Lagoudakis says. 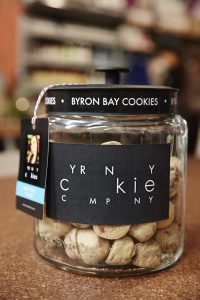 th out these blood types.

A company that blood donors will know well is the Byron Bay Cookie Company who have also supported the missing type campaign dropping letters to show support.

“We have been providing Byron Bay Cookies to the Australian Red Cross Blood Service for over a year for donors to enjoy after giving blood, so we’re proud to be part of the International Missing Type Campaign and do our part in raising awareness of the ongoing challenge in recruiting new donors,” Emilie Emond, Marketing Manager of Byron Bay Cookie Company tells upstart.

You can get a free cookie and join the cause by registering to donate here.

Jesse Robinson is a second year Bachelor of Media and Communication (Journalism) student at La Trobe University. You can follow him on Twitter here: @jesse3robinson