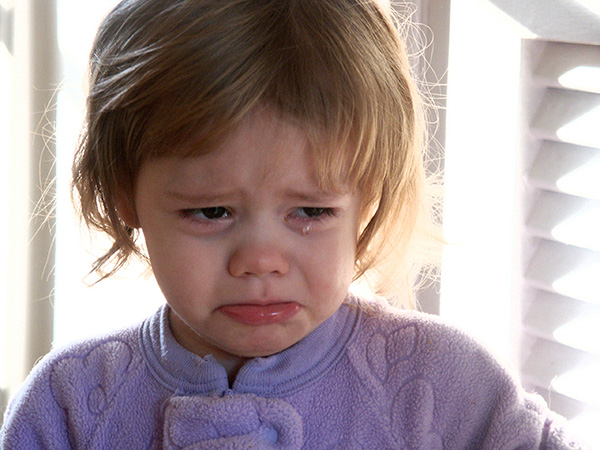 The contentious smacking debate was reignited earlier this year after a mother was charged with assault for slapping her young son in a shopping centre.

While the charges against the Western Australian mother were dropped in February, the case has raised important questions about whether smacking children should be made illegal in Australia.

The practice has been banned in 46 countries so far, with Sweden being the first in 1979.

It’s lawful for parents to physically punish their children in all states of Australia. However, in many states the legislation specifies that parents could face assault charges if the force they use is not considered “reasonable”.

While some maintain that it should be a decision for parents to make, the number of Australians in support of smacking is on the decline.

In the 1950s, around 99 per cent of families used corporal punishment in the home, but this figure has consistently dropped. More recent figures show that 69 per cent of Australians admit to smacking their children.

Prime Minister Tony Abbott falls under this percentage. He told ABC that his children were smacked when they were younger.

“I think all parents know that occasionally the best thing that we can give a kid is a smack, but it can never be something that hurts them,” he said.

Australia has been criticised by the United Nations for its use of corporal punishment on children.

Former Queensland Premier Campbell Newman supported Abbott’s rejection of a smacking ban and said it was a trivial issue that shouldn’t be a priority of the United Nations.

Corporal punishment of children is seemingly in breach of the UN’s Convention on the Rights of the Child, which Australia became a signatory of in 1990.

In 2013, the UN Committee on the Rights of the Child report suggested the use of “reasonable” corporal punishment on children be banned in Australia. It also suggested professionals working with children be trained in identifying and reporting cases of violence against children.

“States Parties shall take all appropriate legislative, administrative, social and educational measures to protect the child from all forms of physical or mental violence … while in the care of parent(s), legal guardian(s) or any other person who has the care of the child,” the Convention on the Rights of the Child states.

“It doesn’t say exactly what that is and how that should happen,” she said.

Dr Justin Coulson, a parenting researcher, speaker and author, tells upstart that smacking should be made illegal as it can cause long-term mental health issues for children.

“Smacking usually is an overt form of physical control but it also has an implicit aspect of psychological control aligned to it,” he says.

“There is substantial empirical evidence that indicate that children who are smacked are at increasing risk of a range of mental health issues and they tend to be less likely to flourish and thrive than children who are not smacked,” he says.

While Dr Coulson thinks smacking children should be banned, he believes an educational approach for parents would prove more effective.

“Rather than being fined or charged, [parents] should be educated, they should be given the opportunity to go through remedial programs that can help with a parenting strategy that is less punitive and more respectful of children,” he says.

Dr Coulson says smacking is an ineffective method of discipline as it models inappropriate use of power. He suggests parents use non-punitive strategies for disciplining their children instead.

The first strategy Dr Coulson recommends is that parents imagine the child they are disciplining is not their own, for instance a friend’s or a neighbour’s child.

“We tend to treat other people’s children much better than we treat our own,” he says. “If it was somebody else’s child I would not hit them, I would not shout at them, what would I do instead?”

The next strategy he suggests is to try and understand why the child is behaving in a certain manner, because children usually do not act out just to be difficult.

“If children are behaving in a challenging way, we need to try and understand why, are they hungry, angry, lonely, tired, stressed, confused, frustrated, any of these things, or are they simply not feeling heard, are they feeling like we’re neglecting them?” Dr Coulson says.

The last technique he proposes is an autonomy supportive approach, which focuses on parents and children problem solving together.

“We want [children] to make their own decisions, rather than being coerced by us into behaving a certain way.”

It seems unlikely that anti-smacking legislation will be implemented any time soon, but educating people about alternative discipline methods could be key in safeguarding children’s welfare.

thus is a third-year Bachelor of Journalism student at La Trobe University and the Deputy Editor of upstart. You can follow her on Twitter: @SusanneTunge.