The 2015/16 season has been the most competitive the the A-League has seen. Chris De Silva believes this is the competition's best ever season. 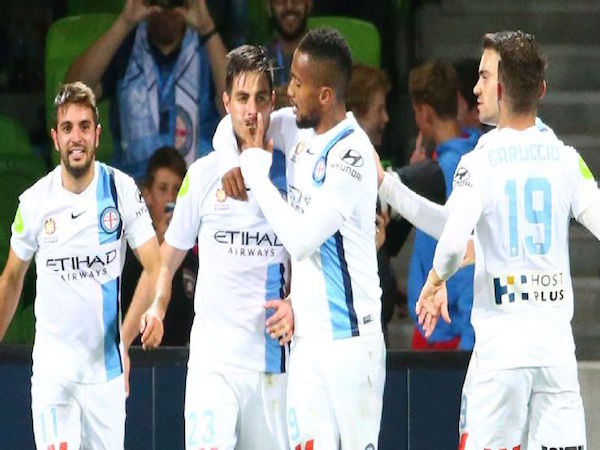 After 26 rounds in the 2015/16 Hyundai A-League season, we’re no closer to determining the premier than we were at the beginning.

Coming into the final round of the season each of the top four teams – Brisbane Roar, Adelaide United, Western Sydney Wanderers and Melbourne City – have a shot at the Premiers Plate.

Outside 90 columnist, Clement Tito, suggests that the teams remain close due to their consistency.

“The top four is close because overall they’ve maintained good performances, even though they’ve fallen every now and then,” Tito tells upstart.

While the A-League has also previously had close finishes at the top – in the 2007/08 season just three points separated the top four teams – Tito rates this season as the A-League’s best due to the competitiveness of the the league as a whole.

“I’d say [it has been the best season]. Never been this close,” Tito says.

The A-League is now in its eleventh season and is far removed from the league that featured the likes of the New Zealand Knights back in 2005/06.

. @brisbaneroar are in the box seat but can Melbourne City win the #aleague Premier’s Plate? https://t.co/yEpTjA72sw pic.twitter.com/9xHCXTg8vp

One of the top four teams, Melbourne City, currently has the highest goal scoring total in the history of the A-League, with 63 goals entering the final round of fixtures.

Overall, the top teams have increased their goal scoring every season; a sign of an improved and more exciting league.

In the A-League’s debut season back in 2005/06, the top four teams averaged 32.5 goals per game. The top scoring teams, Central Coast and Sydney FC, scored just 35 goals each.

This season the top four teams have averaged 49.25 goals per game, albeit while playing five more games in the season.

The overall league average of 3.13 goals per game is the highest in the history of the A-League.

The A-League’s rise in quality is directly related to its ability to recruit quality internationals. While the A-League has featured household names such as Alessandro Del Piero, William Gallas and Romario, these players have generally joined the league towards the twilight of their careers.

However, recently the league has seen an influx of younger internationals such as this season’s leading scorer, Melbourne City’s Bruno Fornaroli. At 28 years old, the former Uruguay Under-17 player is spending the peak of his career in the A-league.

The Melbourne City striker has bagged 23 goals so far this season and Tito suggests that Fornaroli’s success will have “caught the eye” of other internationals, improving the league’s chances of recruiting further quality international players.

Albanian international, Besart Berisha, is another import who has found success in the A-League. In his six years in Australia, Berisha has scored 80 goals playing for both Brisbane Roar and Melbourne Victory.

On this season, Tito says that it is vital for each of the four teams to lock up the top spot due to the league’s history.

“Majority of the time, the first placed team has gone on to win the championship. No team outside of the top two has won.”

Despite the exciting play of teams such as Melbourne City, Tito thinks a former champion may come out on top at the end of this round.

“I back Brisbane to finish first, they only need a point to guarantee the Premiers Plate. (Brisbane’s opponent) Melbourne Victory is coming back from South Korea and will be missing Besart Berisha,” Tito explains.

However, Tito does not believe Brisbane will be standing the champions at the end of the finals series.

“I think Adelaide United will win the whole thing. You look at the rest [of the teams] and they’ve had bad lapses.”

Each of the top four teams have had a turn at being at the top of the table in the previous four weeks, and with one week left, the Premier’s Plate is up for grabs.

Chris De Silva is a third-year Bachelor of Journalism student at La Trobe University, and a staff-writer for upstart. You can follow him on Twitter at @cdesilva23.