Instead of hosting a black-tie event to raise money, Dylan and Zack Alcott created Ability Fest. 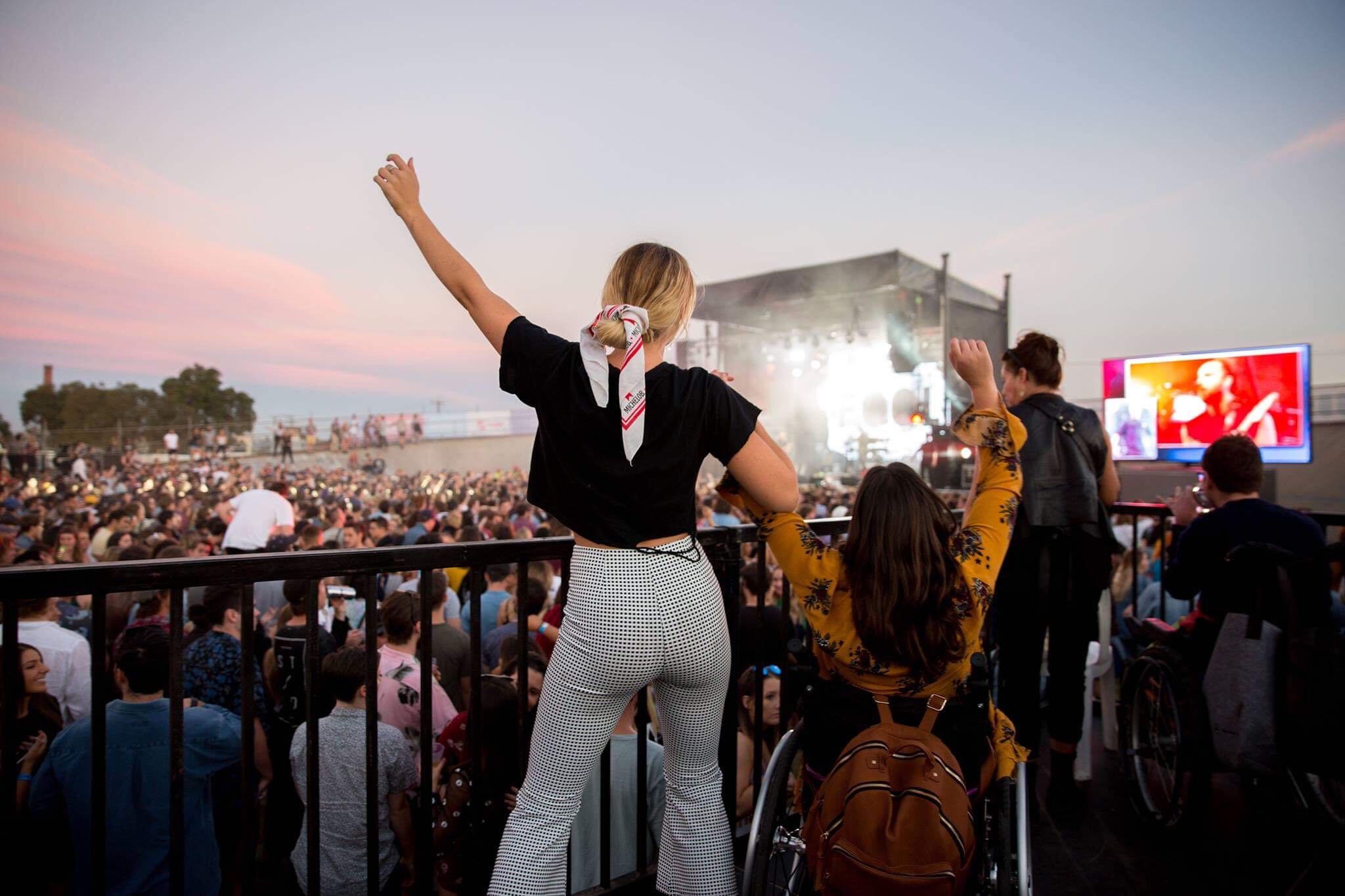 Dylan Alcott and his brother Zack were looking for a way to raise money for Dylan’s charity, the Dylan Alcott foundation. Instead of hosting another black-tie event, the brothers decided to do something a little different by creating Australia’s most inclusive music festival, Ability Fest.

Little did they know, Ability Fest would be a raging success. In its first year [2018], 6,000 people attended, of which 600 had disabilities. Zack described the musicians and acts that performed at the event as “the real MVPs”, because they all donated their time for free. This meant that the almost $200,000 raised could go to the Dylan Alcott Foundation and helping kids with disabilities.

Bronte Alston was a volunteer at the inaugural Ability Fest and told upstart that the event was “way more inclusive” than any festival she’d been to before.

“[The organisers] took massive strives in paving the way for a more tolerant festival landscape, particularly with the viewing areas for people in wheelchairs and mobilised transportation,” she said.

The event contains numerous viewing platforms and pathways, Australian Sign Language [AUSLAN] interpreters and a quiet zone for patrons with autism spectrum to view from, which Alston says was beneficial.

“Personally, I found the quiet zone worked really well! I ran the station for an hour or so, and we had many people come into the area to calm down and readjust,” she said.

Alston believes that music can play an important role in improving disability inclusion.

“There is something about music that brings us all together,” she told upstart. “When there is a live performance on stage, you can’t help but listen and be present in the moment.” 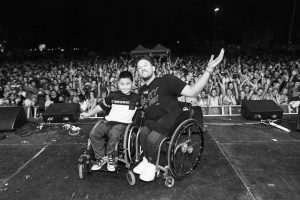 Zack Alcott spoke to upstart and said the idea came from his and Dylan’s experiences of going to festivals together in the past.

“No-one cared that he had a disability, everyone was just stoked that he was there,” he said. “So we thought why don’t we have a festival of our own so that more people can experience the same thing? The Dylan Alcott Foundation also needed to do a fundraiser and black-tie events can get boring, so we created an all-inclusive music festival with all proceeds going to the foundation.”

According to Zack, the response from the festival’s first year was extremely positive.

“The feedback in person and on social media was overwhelming and really motivated us to make sure this year was just as good, if not better,” he told upstart.

“Dylan and I were really hit for six with the response. When we were planning it last year, we were really focused on how we could best raise money for the foundation, but we didn’t really think about how impactful the day was for people with disabilities that had never been to a festival before, as well as their family and friends that got to attend with them.”

One of those people was 21-year-old Tessa Jenkins, who has cerebral palsy and epilepsy. She spoke with upstart about her experience at the festival.

“It was my first time at any festival, so it was an amazing experience,” she said. “My favourite part was getting up on stage with Dylan Alcott.”

Jenkins believes Ability Fest has helped normalise disability just through the sheer popularity of the event.

“All the tickets were sold out in a couple of hours, so that has normalised disability enormously because Ability Fest is for everyone,” she told upstart.  “It just shows how many different kinds of people and cultures just want to, and we shouldn’t have to say it, but accept people with disabilities.”

Jenkins has already purchased her tickets to this year’s event and is excited to see the line-up on show. However, she believes that people with disabilities should be able to experience more events like these.

“People with disabilities shouldn’t just have to go to one festival,” she said. “They at least should be able to go to all kinds of festivals, without having to be worried about things and all sorts of stuff. It shouldn’t have to take somebody like Dylan Alcott to have just one festival for people with disabilities, to make something like this happen.”

Disability services are a timely issue in Australia, with the Federal Government setting aside $527 million in its 2019 budget for a Royal Commission into violence, abuse, neglect and exploitation of people with a disability. According to the Australian Bureau of Statistics (2015), over 4.3 million Australians have some form of disability.

Employment is also an issue, with the rate of people with disabilities not in the labour force at 46.6 percent, compared with those without a disability at 16.8 percent.

This year’s Ability Fest was held on 7 April at the same venue as last year, The Coburg Velodrome. Acts in the line-up included Hot Dub Time Machine, The Presets and even Australian basketball star, Liz Cambage on the DJ set. There was also a guide dog station with trainee puppies to meet.

If Bronte Alston’s impressions of last year’s event are anything to go by, Ability Fest is going a long way to promoting inclusion for people with disabilities.

“It truly doesn’t matter who you are, how you identify, or how well the lottery of life has treated you,” she said. “All that matters is you are there, enjoying the local music acts, surrounded by people experiencing the same moment. Normalising anything outside of the status quo is a difficult feat, but the first step to overcoming such stigmas is by recognising that we are all human. This is what Ability Fest achieved.”