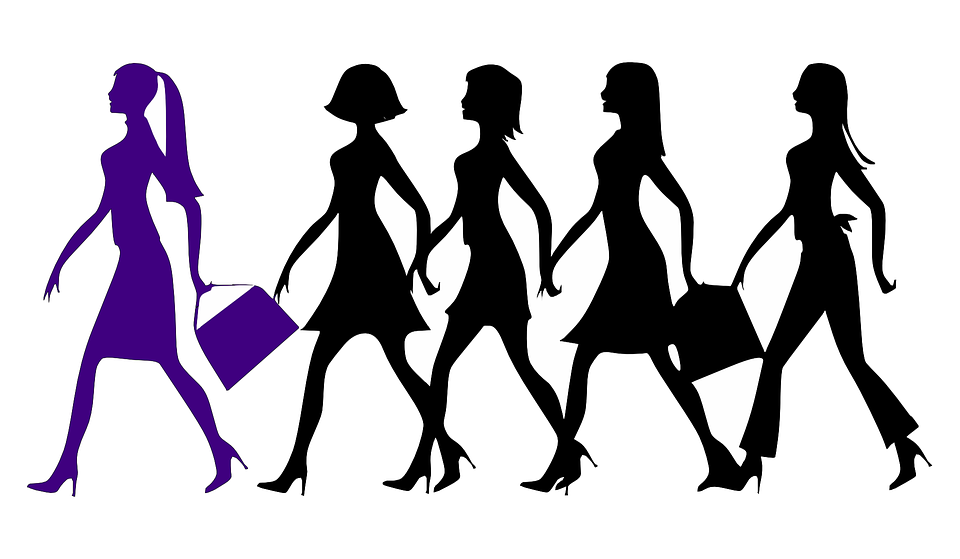 A 2015 report by McKinsey and Co. has found that gender-diverse companies outperform others financially by 15% percent.

Clearly no one got the memo because Australian studies continue to show that women are significantly under-represented in senior roles within workplaces.

A desperate need for advocacy within workplaces for gender equality has not gone unnoticed.

With the belief that greater numbers of women in the workforce, particularly in senior roles, will create a collective positive impact, organisations such as Fitted for Work have set out to tackle the issue.

“I think there is a sound collective impact that encouraging more women to work in Australia has both on our society and on the economy,” CEO of Fitted for Work, Donna de Zwart, tells upstart.

As CEO, de Zwart is dedicated to helping women experiencing disadvantage get into work and keep it. In her experience, asking for help is the hardest part. She believes working with women to boost their confidence is key to tackling the issue of gender equality in the workforce.

“I think that too often women do not ask for help until they are in an absolute crisis.

“We have to work with women to work on their confidence and to be able to back themselves and put themselves up for these senior roles,” de Zwart tells upstart.

The Australian Government has set up organisations to ensure Australia advances in workplace gender equality.

A report by the agency concludes that women hold just 14.2 percent of chair positions and only represent 15.4 percent of CEOs in organisations that report to the agency. 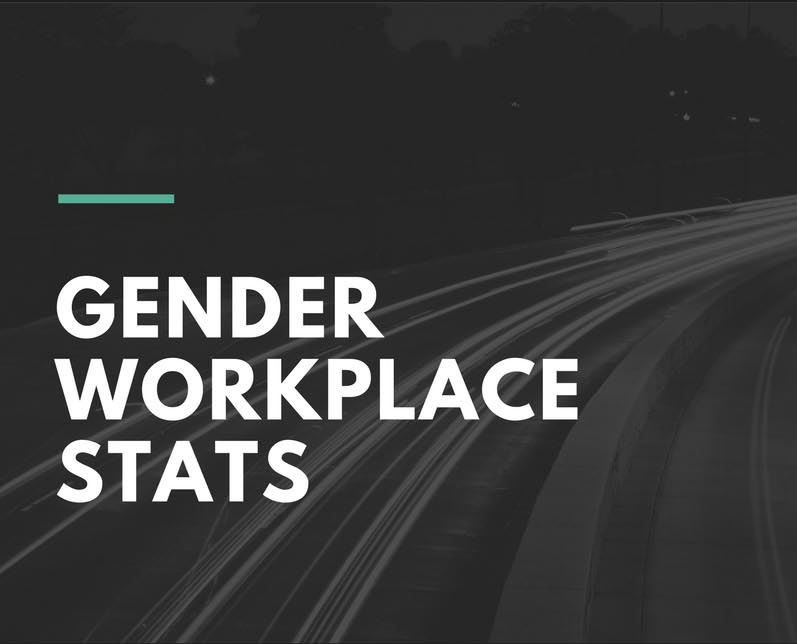 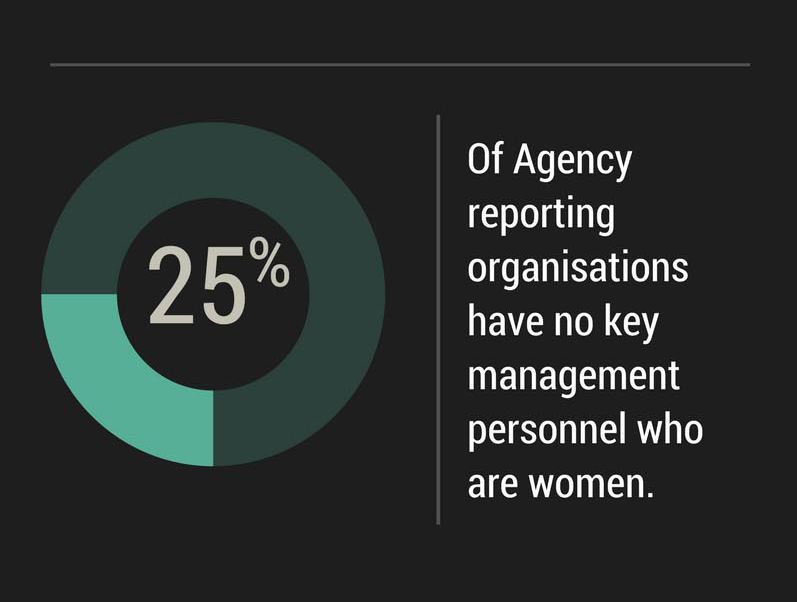 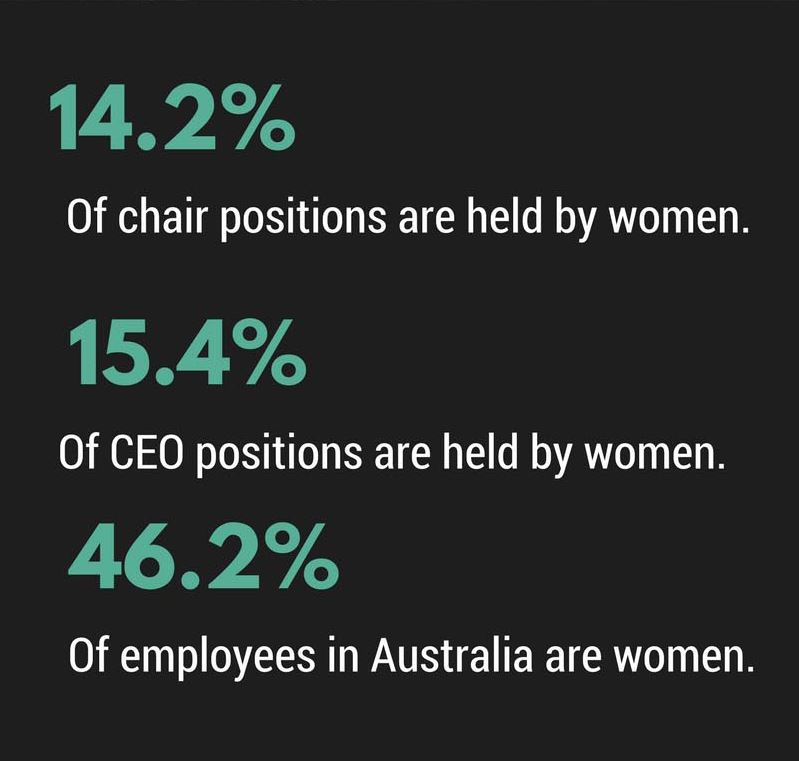 The agency’s  Executive Engagement Manager, Jackie Woods, says a lack of workplace flexibility, coupled with the absence of advocacy, are some of the main factors that contribute to these low percentages.

“There is a lack of flexibility in senior roles to accommodate people who have childcare and other family commitments; and we know that women take on a lot more childcare than men, so these are some of the challenges.

“What we see is that women are much more likely to work part-time than men, or take time out of the workforce to meet their caring and family responsibilities,” Woods tells upstart. 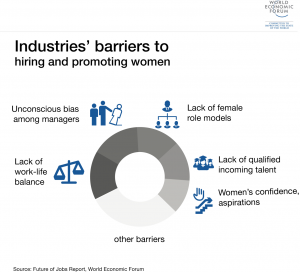 The World Economic Forum released a report which detailed the barriers faced when hiring and promoting women. This extensive list revealed that a lack of work-life balance, unconscious bias, a lack of qualified incoming female talent, lack of female role models and women’s confidence to follow their aspirations are all significant contributing factors.

From her own experience, de Zwart has noticed that, even when women do take on senior leadership positions, they often feel they are not taken as seriously as their male peers.

“I have had senior males offering to accompany me to meetings because I might need some help, and that was not because of my capability. That was based on my gender,” de Zwart tells upstart.

Women can bring different approaches and leadership styles. The McKinsey and Co. study found that women’s styles of leadership can be defined as people-based, role modelling and clear. The report shows that women adopt more democratic, collaborative and participative styles. de Zwart believes that her leadership style is impacted by her gender and she can use that to her advantage in her CEO position.

“I try to use my feminine traits to the best advantage. I am talking about things like empathy and listening. Those are the things that I try to take the most advantage of when I’m leading.

“I am always conscious that when I am assertive that can be misinterpreted as me being a bitch and when I take a more compassionate view, that is me being too soft. It is very hard to get that right,” she says.

Jackie Woods says women in leadership often report what she refers to as ‘everyday sexism’, where women find they are treated differently to their male peers on a daily basis.

“The best way to treat this is through critical mass; where we have a critical mass of women in leadership so that we can change the perception of what leadership looks like … there is a role for everyone to challenge stereotypes in the workplace.

“In order to see change, we need more flexibility in senior roles for women and men so that there is a less of an expectation that people will have to be chained to their desks and be available 24 /7,” Woods tells upstart.

Organisations such as Business Chicks, Women in Business, The Workplace Gender Equality Agency and Fitted For Work aim to increase gender equality in the workforce. Though they take different approaches to tackle this issue, they share a common aim in promoting education as a key tool in addressing inequality.

“We need to sponsor development training for women so we can see them develop into more senior roles,” Woods says.

Woods believes we are seeing organisations take gender equality more seriously. The agency is confident that improvements will begin to contribute to change but, as Woods says, “of course, we need to pick up the pace.”

Aseel is a fifth year Bachelor of Laws/Bachelor of Arts major in Journalism student. You can follow her on twitter @AseelSammak or subscribe to her magazine, Podium.