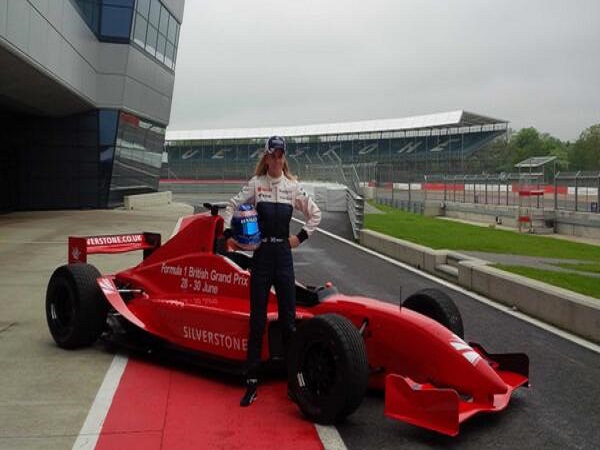 Women are quickly becoming regular competitors in motorsport. From Danica Patrick’s 91 leading laps in NASCAR’S famed Daytona 500, to Shirley Muldowney being named the fifth greatest drag racer in the world by NHRA’s Drag Racing Championship, women have proven they can truly keep up with the boys on the track.

However, a part of motorsport that women drivers have not been able to master is Formula One.

The first woman to compete in a F1 championship race was Maria Felippis in 1958. The only woman to score points in a Grand Prix was Leila Lombardi from Italy, who competed in Spain over 35 years ago in 1975. Lombardi finished sixth in the race and was the last woman to compete in F1, with the most recent hopeful failing to qualify in 1992.

So, is it that women just don’t have what it takes to compete in the top tier of the racing world?

Formula One’s only female driver, Susie Wolff has set out prove that this in fact is not the case.

Wolff started racing at an early age, after inheriting a love of motorsport from her parents, who owned a motorcycle shop. She started with racing karts and never looked back. Last year she joined the Williams F1 team as a development driver after spending seven seasons racing for Mercedes Benz in the German Touring Car Championship DTM.

Earlier this month, Wolff told Reuters she has requested an appropriate test drive with Williams, in the hope of racing in a Grand Prix.

“For me the next logical step is to do the Young Driver Test, and do it well, and then see what the next step is after that,” Wolff said.

The test is seen as an opportunity for young test drivers to break into the top level of racing, while testing them under the tight regulations and conditions that go along with the sport. This year’s three day test is scheduled for July at Britain’s Silverstone track.

Some may say 30-year-old Wolff can’t take part due to her age. However, in last year’s test in Abu Dhabi, McLaren raced 31-year-old Gary Paffett despite having no experience of a formal F1 race. The same could be said for Wolff.

If she is allowed to take part in the test, she could soon become the first women to compete in F1 in decades.

The fact women have been given the opportunity to race at the top of motorsport since the 1950s doesn’t mean they are immune to the stereotypes that go along with being a woman, in a male dominant profession.

Wolff’s brother David Stoddart, who recently filmed a BBC documentary entitled Driven: the fasted women in the world, said his sister has had to deal with clichés of what it means to be a woman in motorsport.

“The mental stress I think would be pretty difficult for a lady to deal with in a practical fashion. I just don’t think they have aptitude to win a Formula 1 race,” Moss said.

He later apologised to Wolff, after she fired back saying the comments made her “cringe” and that it was because he was from a different generation.

For all asking, Sir Stirling apologised for his comments & wished me well. I said no hard feelings, he is entitled to his own opinion.

While women play a big role in other forms of motor racing, the poor performances by women who have competed in F1 in the past has led to scepticism regarding their ability to perform well in official F1 races.

Zainab Hussain Shihab is a Bachelor of Journalism student at La Trobe University and a member of the upstart editorial team. You can follow her on Twitter: @ZainabShihab