Australia is one of the favourites to claim gold at the World Dodgeball Championships next week, writes Jarrad Gardner. 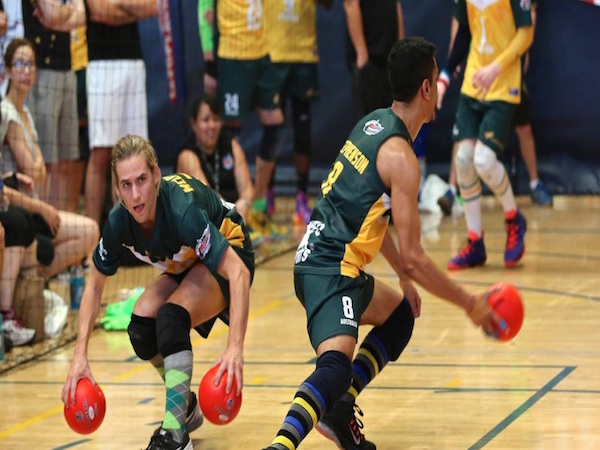 When Dodgeball comes to mind, a lot of people immediately think of the 2004 movie starring Vince Vaughn and Ben Stiller, but the Australian team are out to crush those stereotypes in their quest for gold on home soil next week.

“We try and stay away from the movie references, but it’s how most people recognise the sport,” Australian men’s team captain Ryan McLaughlin tells upstart.

The Australian Dodgeball Federation was founded in 2013, with the first team sent to the 2013 World Championships in New Zealand.

It wasn’t all smooth sailing for the first two years, but the Australian team has made an incredible rise and are quietly confident about next week’s championships.

“Our first two years in the world champs we didn’t win a game, last year we finished fourth and this year we can win the whole thing,” McLaughlin says.

The women’s team will be out for redemption, after a silver medal in Las Vegas in 2015.

How bitter sweet second place was last year, the girls are fired up this year an ready to take on the world. Will you be there in October to cheer them on?

Dodgeball is a game where players on two teams throw balls at each other while trying to avoid being hit themselves.

The game is played with six players a side with six balls in play. Players can be eliminated by being hit by an opposing player’s throw or having their throw caught by the opposition.

Teams play as many sets as they can within 40 minutes and the team with the most wins after that time wins the match.

The Australian teams were selected in February after almost two months of trials, with throwing, catching, and dodging along with agility and reaction time tests helping decide the team.

Captain McLaughlin estimates there is somewhere between four and five thousand players in Australia, and that number is only getting bigger, with athletes from other sports taking up dodgeball.

“It’s a sleeper sport with a lot of uni students and young people, but it is growing,” he says.

“Slowly and surely, players who played cricket or baseball and had good reflexes and a good arm, it was something else to do with mates, like a mixed netball or indoor soccer team.”

However, with the sport only in the early stages, the Australian Dodgeball Federation still relies on the players to put in the time and effort to make the sport look “legitimate”.

“It’s hard because it’s all self funded, so sponsorship and fundraising is hard,” McLaughlin says.

“We try to do a lot of promotional stuff in terms of filming our training and scratch matches.” 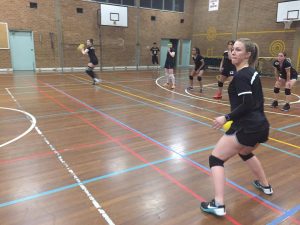 The women’s team in training for next week’s’ world championships.

And with the upcoming world championships being held right here in Melbourne, McLaughlin believes that this is their best opportunity to get people interested.

“We want to make it look really professional, we want the whole spectacle to be a big event,” McLaughlin says.

“We want to make people realise it’s not just picking up a ball and throwing, there’s a lot of strategy involved.”

But success of the sport aside, the tight-knit community that has been created through dodgeball, remains an important factor for McLaughlin.

“It’s a community thing, coming here on a Tuesday or Thursday night and hanging out with friends, it’s not just about playing the game,” he says.

The World Championships will be held at the State Netball and Hockey Centre from Wednesday 19 October to Saturday 22 October. Tickets are available here.