Aislin Jones hasn’t stopped shooting since getting her gun license at aged 12 and is set to be the youngest ever Australian shooter to go to an Olympic games. 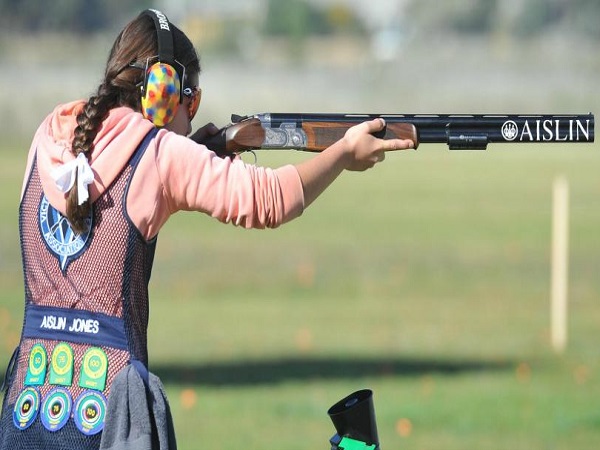 Skeet shooter Aislin Jones is set to be the youngest Australian shooter to ever compete in the Olympic Games in Rio de Janeiro later this year.

With less than three months until the 2016 Olympics kick off, the 16-year-old year 10 student is balancing her studies with preparations for Rio.

She will surpass the previous youngest Australian shooter, Anne Marie Forder, who was 18 years old when she competed in the 1996 Atlanta Games in Air Pistol.

Jones has come a long way from following her dad around the monthly local club shoot. It was getting her gun license that ignited her passion for the sport. 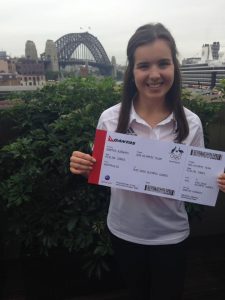 “I didn’t know anything about clay target shooting until I was about ten when Dad took me with him to one of Bairnsdale Field and Game’s monthly club shoots,” she tells upstart.

“I got my gun license as soon as I turned 12 and had a go. I haven’t stopped shooting since.”

Jones is excited about participating in her first Olympic Games and is proud to be representing Australia.

“I think the entire experience, both on and off the range, will be amazing. I’m definitely looking forward to competing,” she says.

She says that being part of the Australian team will be particularly special for her.

“I’m also now a part of a team of Australian athletes that range from people like me who are going to their first Olympics and people going to their fifth, sixth and maybe even seventh. I am going to meet so many new people and it will be something like I have never experienced before,” she says.

“I look forward to learning from their experience too.”

In the lead up to Rio, Jones is training both on and off the shooting range, while balancing her studies at Nagle College in Bairnsdale.

“Depending on what classes I have on I usually get picked up at lunch time to go practice for about an hour and a half and then head home,” she says.

“I do that twice during the school week and then shoot at least one day on the weekend, maybe two if I feel like I need to.” 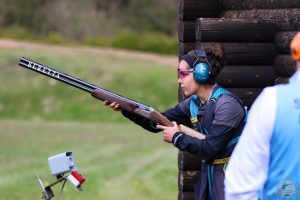 “I do gun mounting practice in the mirror to make sure my gun mount is consistent, because that is essential in ISSF Skeet,” she says.

“I also do eye exercises to strengthen and train my eyes because they are so important in shooting.”

Jones had to grow up in the last few years and be as organised as she can be to make sure she doesn’t fall behind in her schooling or her training.

“My time management skills have developed a lot over the last couple of years, but I still get my work done and to a good standard,” she says.

“You have to make a few sacrifices to maintain shooting and school at high standards. My friends are pretty supportive and understand when I can’t get to things.”

As a young girl, Jones aspired to many different future careers.

Although she is still unsure, her dream has been to represent her country since she first picked up a gun.

“I thought I wanted to be a vet and then a teacher. As I went through my final years of primary school and began high school I realised I had no idea what I actually wanted to be and I’m still not sure,” she says

“I want to win a medal for Australia – it might not be at these games, but I’m going to do it.”

Vivienne Duck is a third year Bachelor of Journalism (sport) student and the culture and lifestyle editor with upstart. You can follow her on twitter @VivienneDuck