AFL preliminary finals action begins tonight, who will fall at the final hurdle and who will clinch their spot on the last Saturday in September? 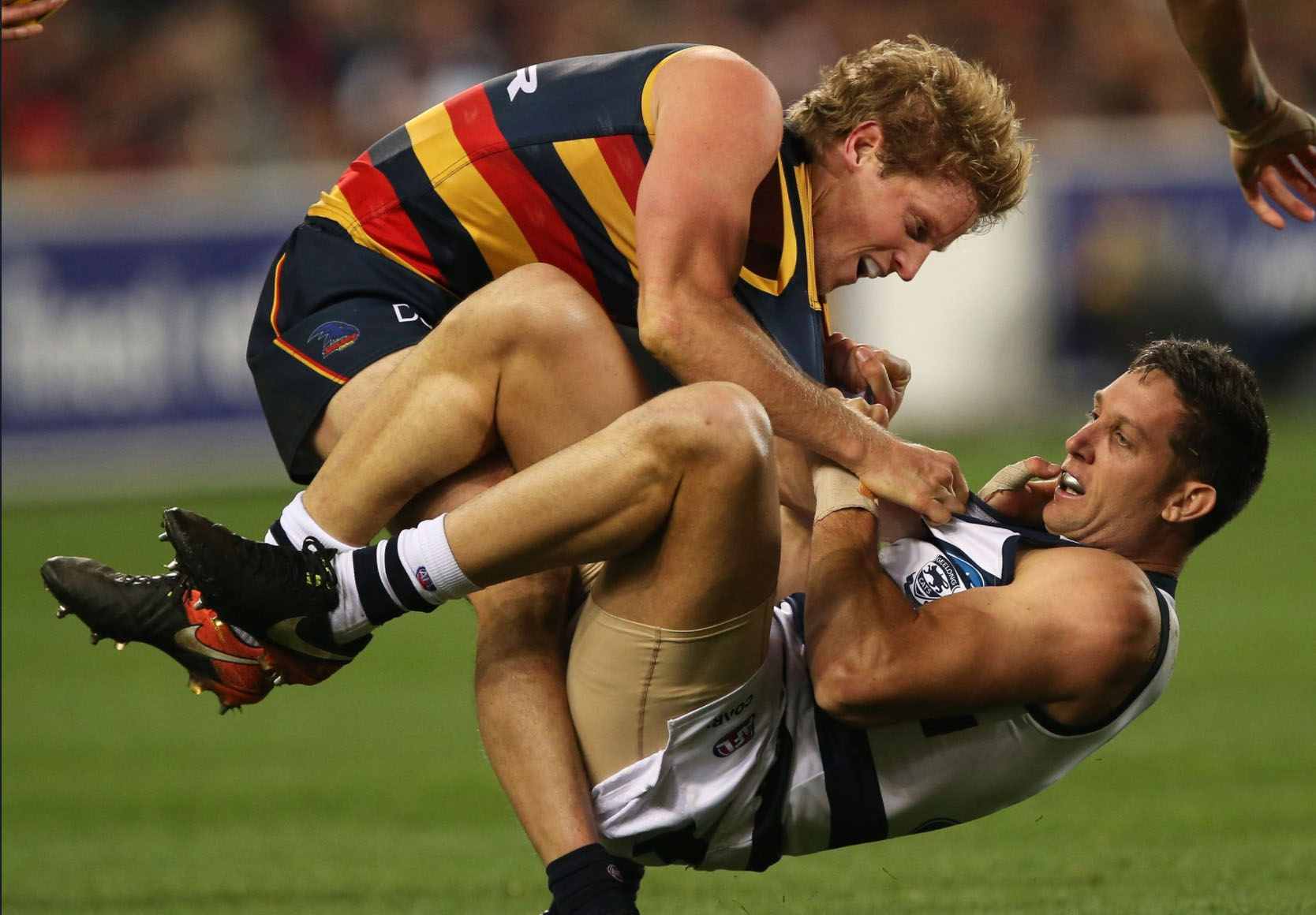 It will be a packed, hostile Adelaide Oval as Patrick Dangerfield makes his return to the ground he once called home. The Crows will be desperate to secure their first grand final berth since 1998, while the Cats will be looking to feature in their fifth grand final since 2007.

After pulling off the improbable last week in defeating the red-hot Swans, Chris Scott will be hoping his side can replicate the hunger and tenacity in tonight’s clash. The Cats have won five of their last six matches against the Crows, with the one loss coming earlier this year in Round 18.

All eyes will be on Dangerfield as the intrigue around where the Brownlow medalist will play continues. The magnets on Chris Scott’s whiteboard would be furiously spinning, as he debates whether to put his star in the centre of the ground or at full-forward. Dangerfield spent much of the year in his natural position as a midfielder, but has proved a match-up nightmare at full-forward throughout the season.

After the Cats managed just five goals against the Tigers in the qualifying final, Dangerfield was thrown forward for last week’s semi-final against the Swans. He comprehensively beat an All-Australian defender in Dane Rampe and finished the night with four majors. The Cats forward line suddenly looked dangerous and piled on 98 points for the game, ten more goals than they managed against the Tigers.

Adelaide will be bolstered by the inclusion of Rory Sloane, who missed the qualifying final after having his appendix removed. Brodie Smith will miss with a season-ending knee injury, while Mitch McGovern will sit out with a hamstring strain. Andy Otten is into the squad to play his first game since the Crows draw to Collingwood in Round 19.

The Cats have recalled Tom Longeran and Nakia Cockatoo for the clash, while James Parsons and Zach Guthrie have both been omitted.

Welcome to the Tigers Cauldron. The MCG will be bathed in yellow and black as 95,000 die-hard Richmond fans are expected to pack the home of football. It will be the biggest crowd that GWS have ever played in front of, but young gun Tim Taranto says the Giants are ready for the Tiger army.

“A lot of the boys are excited about playing in front of that crowd at the ‘G, there’s not much better than that,” Taranto told The Daily Telegraph.

“Even if they are against us we have to feed off their energy and embrace it. You have to try and beat the crowd and it gives you motivation to try and silence them.”

The Giants record at the MCG over their six-year existence doesn’t bode well for Leon Cameron, with his men only winning one of eleven matches at the ground. The Tigers, on the other hand, have won ten of their twelve clashes at the MCG in this season alone.

Both teams will be relying on small forward lines, after injuries to Jeremy Cameron and Shane Mumford forced the Giants to downsize their line-up last week. While the move seemed to unlock the Giants scoring ability, the ease with which they were able to transition the ball was partially due to lack of pressure applied by West Coast. The Tigers mosquito fleet have been competition leaders in the pressure department, so the Giants won’t be afforded the same luxuries as last week.

Both sides will enter the clash with unchanged line-ups, while light showers have been forecast for Saturday afternoon.