AFL semi-finals action begins tonight, who will survive the cut and book their spot in a preliminary final? 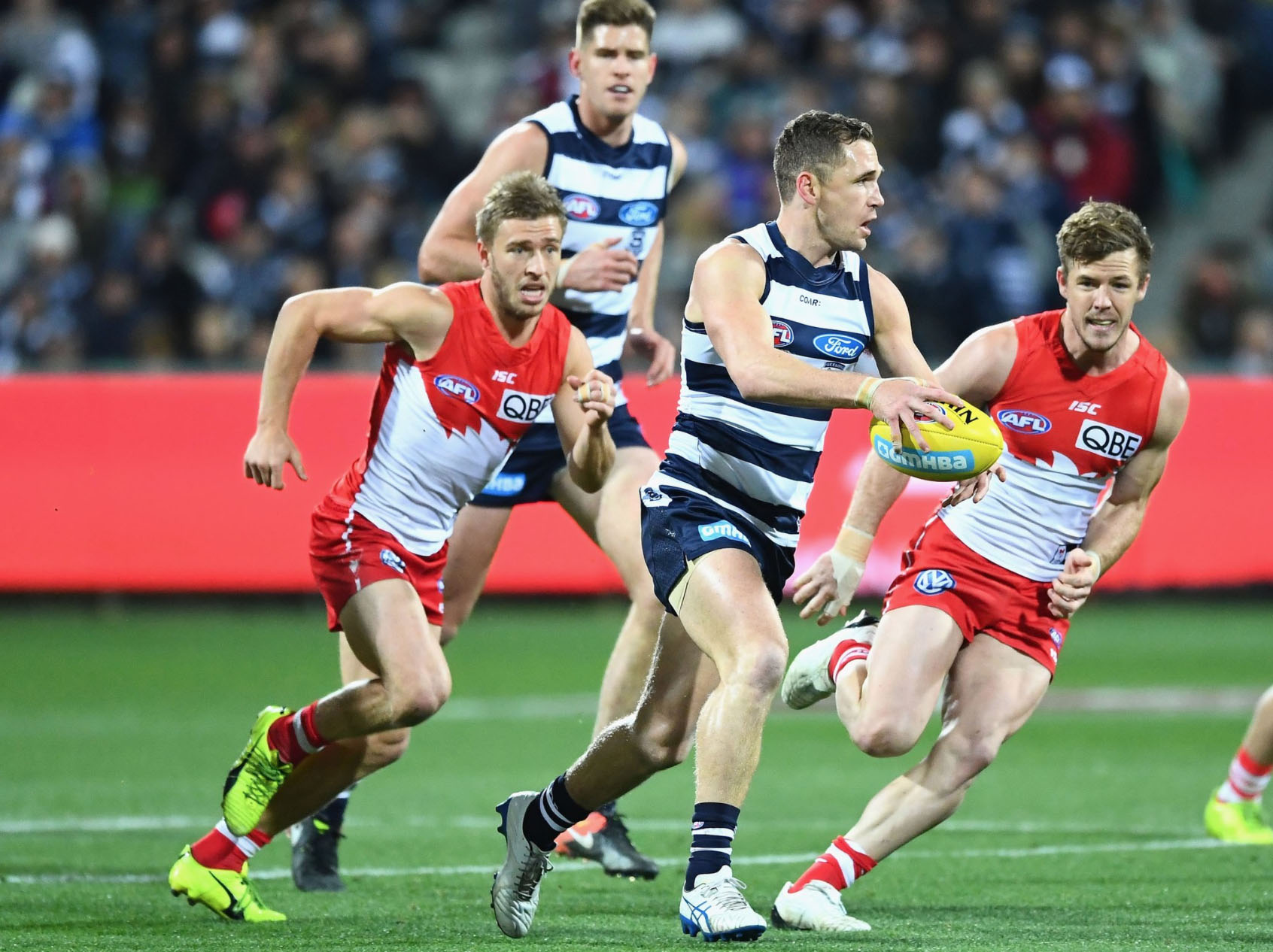 Win or go home. It’s that simple now for the Cats and Swans as their premiership hopes go on the line tonight at the MCG. Just six years ago the Cats held the 2011 premiership cup aloft, but September hasn’t been so kind to Geelong in recent times. Wins in just two of their last nine finals is ugly reading for the Cats and Chris Scott will be desperately hoping to buck the trend against a red-hot Swans outfit.

The Swans enter the match having won 15 of their last 17 games, in what has been a stunning turnaround from their 0-6 start to the season. Longmire’s men cruised through their elimination final last weekend against the Bombers, smashing the Dons to the tune of 65 points. Their star forward, Buddy Franklin is in ominous form having kicked 21 goals in his past four games alone. Tom Lonergan is likely to get the job on Franklin after he held the Swans superstar to just 1.1 from eight touches in their Round 20 clash.

Chris Scott will be hoping to avoid a repeat of last year’s preliminary final clash, in which the Swans kicked the first eight goals of the contest and rolled to a 37-point win. The inclusion of Dan Menzel will add to a forward line that only managed five goals and a total of 40 points against the Tigers last week. It was the lowest score the Cats have recorded in a final since 1914, an alarming stat considering they now face a Swans outfit the piled on 121 points against the Bombers.

The Cats also brought Darcy Lang back into the line-up, while Jordan Murdoch will miss and Cam Guthrie is out with a calf injury.

The Swans will go in as unchanged from the team that crushed Essendon last week.

Luke Shuey turned the Power out at Adelaide Oval in dramatic fashion last week, but the Eagles now face their toughest challenge yet in the Giants. GWS should be fired up after their dismal showing against the Crows last week and the daunting prospect of a straight sets exit from the finals.

The Giants have been forced to down-size their forward line, with Steve Johnson and Tim Taranto back into the line-up for the injured Jeremy Cameron and Shane Mumford. Both Johnson and Taranto impressed in the Giants reserves match last Friday and will hope to add an X-factor to the Giants ailing forward line.

Former Essendon legend Matthew Lloyd believes that if the Giants are to salvage anything from their 2017 season, they need to re-discover the run and gun style of football that had teams terrified of the Giants potential.

“Look at the Richmond angle and surround [Jonathon] Patton with five smalls,” Lloyd said on 3AW.

“They have to try and run Priddis, run Mitchell. If you can match them on the inside you can run a slow midfield off their feet.”

Luke Partington is the hard luck story of the week, as he makes way for the more experienced Sharrod Wellingham.