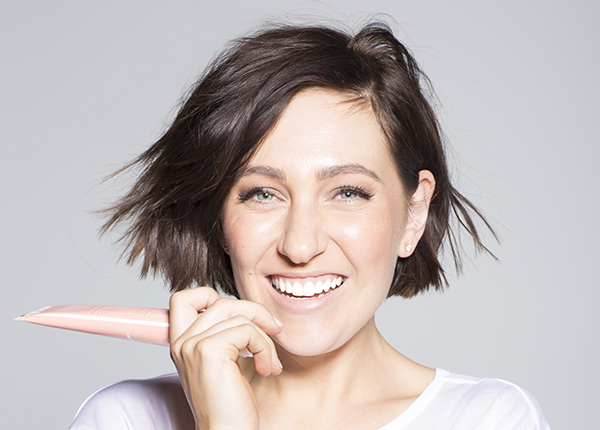 Zoë Foster Blake grew up in the picturesque NSW country town of Bowral, before making the move to Sydney to complete a Bachelor of Media and Communication. It was her hope to become a print journalist.

After first working at a children’s magazine, Foster Blake landed the coveted role of beauty director at Harper’s Bazaar. She then became beauty editor at Cosmopolitan, and spent time as a relationship advice columnist for various publications.

Nowadays the 35 year-old mother of one has an impressive body of work to her name.

An example to all budding journalists out there, Zoe Foster Blake demonstrates that hard work and a vision really does pay off.

What was your favourite part about working at Cosmopolitan?

I loved working there full-time because it’s such an awesome magazine, full of intelligent women. So it was a fabulous, supportive environment to work in and being a beauty editor is one of the best jobs in the world. It’s crazy fun but as a dating columnist I loved it. I loved the satisfaction of knowing that sometimes what I would say would really help girls that were in a funk or were upset or just needed a little kick up the ass at that exact time. I would get some beautiful feedback from girls and I am truly very grateful for that.

What was your inspiration for the ‘Go-To’ skincare range?

As a beauty editor I would get feedback, and I was blogging, so it was sort of that people were just baffled. Makeup and hair is a lot to figure out but skin care is confusing. It’s a bit scientific so there is just a big hole here for something super simple, effective and natural and it was all just my instinct. It could have easily not worked but it did work. It’s six products that are easy to use and that was what set us apart.

How did you start working with Expedia?

It’s funny, it’s a whole new landscape now from when I started out. Social media has created a world where people that don’t have professional credentials or experience can now be viewed as a writer. It’s fantastic because it means that there is a lot more work. But I guess the flipside of that is that people who do have the training and journalism background sometimes miss out. But I think if you’re a good writer, you’re a good writer. It means that the good should rise to the top. So they approached me, I think they were like she’s got a bit of a following and she’s a writer. I travel a lot anyway, so it’s not like I have to do anything out of my life that I wouldn’t already be doing, and then I write about it for them. I think they love having content from different writers and angles. I generally do either the baby or the beauty angle which is two of the hardest things I think, to pack for. It’s just one of those dream gigs and I think it’s a really great symbol of how journalism has evolved and adapted to the new media which is if you have a following now, you can do great stuff like that. I’m really lucky.

What would your advice be to aspiring journalists?

Oh god, you know every time I give advice it changes because the landscape keeps changing rapidly. I still think it’s tougher now. When I broke out, I had a sort of tone that was different. Reverence was a bit unique back in 2004. I think everything’s funny now, everything on social media is funny. Comedy is everywhere and I think it’s harder to stand out in that sense. I still believe in specification – making yourself invincible and valuable in one field. I think the days are gone when everyone is trying to do everything. There’s just too much choice now, people go to specific websites for specific wants. I would be really trying to set yourself apart with specialisation and get all the experience you can and enjoy yourself. And I feel like that’s probably the main thing, make sure you enjoy it because it never feels like work to me. Writing brings actual pleasure and joy and I never had a job that feels like work.

Madison Downing is a second-year Bachelor of Media and Communication student, majoring in Journalism. You can follow her on Twitter: