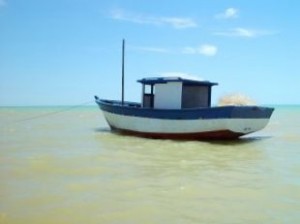 Suzanna Sailo was at a friend’s wedding when she received the message that would change her life: ‘Run.’

On 17 July, 2000, she left her home in Khampat, Burma and travelled four hours by bus with her children to attend the celebration in the nearby village of Tamu. Her husband stayed behind to look after the family business, a clothing shop. When she set off that hot summer night before the wedding she could not imagine that by nightfall the next day she would be homeless in another country.

Suzanna’s involvement with the All Burma Democratic Lushai Women’s Organisation (ABDLWO) – a peaceful group that educated local women about democracy and human rights – sealed her fate. Her identity was given up by a colleague who was captured and tortured by the government of Burma or ‘Junta’, who seized military rule over the country in 1962.

When the Junta raided her home, Suzanna’s husband was arrested and imprisoned. He was never charged with an offence, nor was he given a trial. He was simply the victim of misfortune. Misfortune for being the husband of a woman who spoke out about human rights, and misfortune for being Mizo, a Christian minority descending from Mizoram (now part of India).

A neighbour who witnessed the arrest was able to get word to Suzanna: they had come for her. With the prospect of imprisonment, torture and death awaiting her return home, she knew she had to flee.

Desperately, she collected her three children, the youngest only seven months old, and her nephew and headed for the Indian border. They were smuggled by jeep most of the way before crossing into India on foot. Luckily, the authorities had not yet being alerted to their whereabouts.

‘You just have been struck by lightning. I don’t know how to express it. You have to run. I left the country with the clothes we were [in], with no papers, no nothing and we fled to India,’ she says.

After arriving in India, Suzanna knocked on doors until her family was taken in by other Mizos. While her ancestry can be traced back to Mizoram, her people are still widely persecuted in the region; fleeing from the dangers posed as an ethnic minority in militarily-ruled Burma and at threat in India because they are considered foreigners.

Suzanna heard nothing of her husband until 2006 when she received a letter from another refugee who had fled to India from Burma. Her husband, Mannoj, then 41, had died in prison. Suzanna’s youngest daughter has never seen a photograph of her father. ‘Until now she has never known him’, says Suzanna.

She sought refugee protection through the UNHCR and was accepted, along with her children and nephew. Now an Australian citizen, Suzanna believes a compassionate case-by-case approach should be taken towards asylum seekers who arrive in Australia unlawfully. ‘We all are refugees. We all deserve the same treatment’, she says.

Youth support worker Adila Karimi hopes the Government will become more understanding to refugee and asylum seekers’ needs. Having fled from Afghanistan with her family as a young girl, Adila remembers well the violence inflicted towards her Hazara community.

‘When you go outside [in Afghanistan] you’re not sure whether you’ll come back or not.’

Holding back tears, she says: ‘As a young girl I still remember the violence that I have seen in front of my eyes; the killings and the torture. There are some things you can never forget. Memories will always be there.’

Adila and her family lived illegally in Pakistan for close to six years before her father, who had fled to Australia, was granted permanent residency and able to bring them over. Having lost so many relatives and friends to the fighting and endured the pain of leaving her homeland and resettling in Australia, Adila questions the logic behind the reintroduction of off-shore processing.

‘Are they [East Timor] ready to accept refugees? What’s wrong with keeping those refugees in Australia?’

Adila is undertaking two university degrees and volunteers as a support worker on complex cases involving asylum seekers detained on Christmas Island. Acting as an interpreter, she hopes to help refugees settle in Australia but is frustrated by the language used to describe these people.

‘Each time, you hear political leaders say that asylum seekers and refugees that are coming [to Australia] are illegal. I don’t think seeking asylum in a country is illegal. No one prefers to become illegal. Everybody has rights.’

Humanitarian lawyer Julian Burnside shares Adila’s sentiment. He says asylum seekers who arrive in Australia – by boat or otherwise – without invitation, a valid visa, identification or a return ticket commit no criminal offence. He calls media and political references to asylum seekers who arrive by boat as ‘illegal’ as a typical form of ‘doublespeak’ that ignores Australia’s commitment to the United Nations 1951 Convention.

He says while the Labor Government was successful in abolishing Temporary Protection Visas, minimising the time asylum seekers spent in detention (down to an average of 125 days) and scrapping policy requiring them to pay for their own incarceration, a new phase has begun.

He fears a policy shift is taking place under Gillard which started with the freeze in 2010 on asylum seeker applications from Afghanistan and Sri Lanka and the reopening of Curtin Detention Centre.

‘I’m a little concerned about some of the things Julia Gillard has said because I suspect that she may be planning to move more harshly against asylum seekers in order to appease the right-wing factions of the Labour party,’ says Burnside.

Chairperson of the Asylum Seeker Resource Centre Kon Karapanagiotidis believes treatment of refugees will not improve under a Gillard Government.

Burnside says the rate at which asylum seekers are arriving is trivial when compared to the number of people who legally immigrate to Australia each year.

‘Looking at it a different way, it would take about 20 years to fill the MCG with boat people if they continued arriving at their present rate,’ he says.

At the end of last year, the Department of Immigration and Citizenship reported 5,500 asylum seekers currently detained in Australia and on Christmas Island, including 800 children. Boat arrivals did climb in 2010, with 2,726 asylum seekers arriving in 2009.

Shadow Minister for Immigration and Citizenship Scott Morrison has criticised the Gillard Government’s asylum policy and detention system as ‘bursting at the seams’.
A statement on his website states: ‘A record 5,000 people are currently being detained and the situation will only get worse as more boats arrive. Riots, break-outs and protests have already occurred at immigration detention centres and authorities have warned of further disturbances.’

Mr. Morrison urged the Gillard Government to fix their ‘failures’ and to ‘re-open the Australian taxpayer funded processing centre on Nauru or Manus Island in Papua New Guinea.’
He told ABC Radio during the 2010 election campaign, ‘the reason the issue is so seriously out of control is the changes that have taken place in recent years. Coming to Australia under the Coalition Government we had an average of just three boast per year. Now its three boats per week.’

Mr. Burnside faults claims like this, saying that around the same number of asylum seeker applications were approved under the Howard Government as are under Labour.

Chairperson of the Ethnic Communities’ Council of Victoria (ECCV) Sam Afra is also worried about the number of asylum seekers arriving on Australian shores. He says the most important thing is to distinguish between the genuine and non-genuine refugees.

A report released by The Department of Parliamentary Services in May 2010 states that 70 per cent of unauthorised arrivals (asylum seekers who arrive by boat) were accepted as refugees under Howard’s Pacific Solution between 2001-2008. Under Rudd, 90–95 per cent of assessments completed on Christmas Island resulted in protection visas being granted.

The Department of Immigration estimates 14,000 people overstayed a variety of temporary visas in the 2007-08 financial year and says the total number of overstayers has remained at around 50,000 since June 2004.

‘People don’t talk about the British backpackers who are here unlawfully. Yet the people who are coming here seeking asylum, which is a perfectly lawful and legal activity, they find their way onto the front pages so there certainly a hypocrisy,’ he says.

Mr. Bandt was disappointed by how much the asylum seeker issue was ‘played up by both the main parties’ during the 2010 election but believes the Greens’ asylum seeker policy helped give him a majority.

‘We were the only party that stood up for a compassionate and humane and long term and practical approach to the treatment of asylum seekers and it was a key campaign issue for me and it was one of the key issues that people told me were vote changers for them.’

Mr. Bandt and the Greens plan to use their power in the Senate and the Upper House to campaign for more humane treatment of asylum seekers and refugees. ‘We want to be introducing legislation to remove mandatory detention, to process claims quickly and to process people on-shore.

‘And we will continue to move that within the parliament in the same way that there are people outside of the parliament that are continuing to campaign against it,’ he said.

In the meantime, Suzanna will continue her new life in Australia with her family. However, she cannot find peace while her only remaining relatives remain on the Indian border and face the reality of a world defined by oppression, rape, torture, imprisonment and death.

‘Even though I have food in my house and I have a place to sleep without worrying, you cannot sleep because half your body is cold – your heart is reaching out for your loved ones. Even though you are eating you cannot digest because you know they are going hungry out there,’ she says.

Last year Suzanna was diagnosed and treated for cervical cancer. Two months ago the cancer returned to her abdomen. She is worried about her children’s future but hopeful for her own: ‘I am positive that God has not just brought me to Australia to die.

‘God has blessed me. I have come to this place and I have a home. But my worry is for the other refugees who are back there suffering every day of their life with no food and no place to sleep. I am safe with my children here.’

Beau Donelly is executive producer of SYN Radio’s flagship news and current affairs program, Panorama. This is his second piece for upstart.