Abbie Chatfield talks about the good and bad sides of being an influencer. 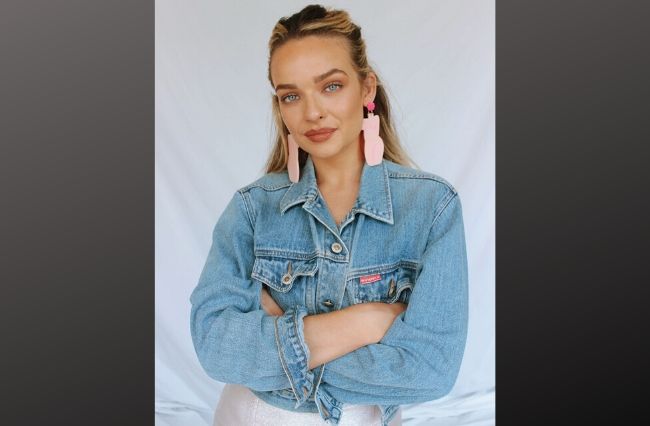 First making headlines for being the outspoken “Gemini” feminist on the 2019 season of The Bachelor Australia, Abbie Chatfield could have never anticipated what her life would be like today.

“It’s crazy, my life has been turned upside down in a year… one year ago I was working a job I hated from nine to five, and now I have a podcast for some reason!” Chatfield told upstart.

As she competed against 20 other women for the love of season 7 Bachelor, Matt Agnew, Chatfield’s time on the popular reality TV show was characterised by her loud and overtly sexual personality. This, combined with the fact that she was only 24-years-old, lead her to be portrayed as the bad guy who wasn’t in it for the right reasons.

Since those controversial Bachelor days, Chatfield gained an enormous following online, with her 136 thousand followers on Instagram earning her a blue tick and the title of influencer.

“I think it ended up being a good thing – my edit [on The Bachelor] and everyone’s reaction – because I got the opportunity to speak about things that I wouldn’t have if I had gotten a good edit,” Chatfield said.

Named after one of her many iconic lines from The Bachelor, Chatfield came up with the idea for her podcast, It’s A Lot with Abbie Chatfield. She started the podcast with some encouragement from her followers after she found Instagram didn’t let her delve into the stories she wanted to discuss.

“You only have 15 seconds to reply to people’s insane stories, and I felt like a lot of the topics I could deep dive into, and also I don’t shut up, obviously,” she said.

The podcast is described on Spotify as “aiming to be just like having a thoughtful conversation while having a wine with your friends”, and unpacks serious topics that aren’t often spoken about, such as sex, eating disorders and anxiety.

“I’m trying to do something with a little bit more substance for myself so that I have some things I can really focus on, something that I create and that I’m really happy with.”

While her social media fame has given Chatfield opportunities like her podcast, it has also exposed her to a dark side.

“I would get 500 messages a day being like, ‘you should f—ing kill yourself’. It isn’t just one or two, your entire inbox is that,” she said.

“I thought everyone was going to hate me forever. I was genuinely suicidal before [The Bachelor] finale.”

Online trolls are a massive problem, not just for celebrities, but for everyday people. A study conducted by The Australia Institute found that nearly 40 percent of respondents had experienced online harassment, with women more likely to be harassed than men.

In response to her haters, Chatfield feels it’s important to call them out in the hopes that she can help someone else going through the same thing or make the trolls think twice before pressing send.

“I think a lot of people are deeply sad in their own lives and need to take it out on someone else,” Chatfield said.

“No 33-year-old, mother of two who has a great career and is happy with her life is going home at night and spending her time sending messages to someone who is on a reality TV show, saying ‘hope you die in a hole bitch’.”

“I think the thing with me in particular is, you remind people of the girl in high school who stole someone’s boyfriend, and it’s like, I’ve never done that and would never do that!”

Both during and after The Bachelor, many headlines across different platforms labelled Chatfield as a villain and exploited her for being comfortable with her body, hinting at an underlying problem within the Australian media.

“I don’t know how to fix it when it just comes down to clicks unfortunately.”

However, it’s human nature to be curious, and most aren’t immune to the temptations of clickbait, with Chatfield herself enjoying the occasional Married at First Sight gossip. But it’s how readers react to such articles that she believes needs to be examined more closely.

“I think it’s fine to read it and it’s fine to write it unless it’s defamation. But it comes down to then, don’t troll someone because you hear a rumour that was in New Idea,” she said.

The confidence that Chatfield exudes in calling out not only online trolls but also the media is a quality she credits to her mum, who raised her and her sister as a single parent.

“She is just incredible, she’s the best. She’s one of the main reasons I am a passionate feminist, and also, I guess where I get my drive from as well…  She’s definitely a huge influence in my life.”

And while she has a few long-term plans, like writing a book, Chatfield is just playing it by ear for the moment.

*If this article has raised any concerns for you, please contact Lifeline Australia – 13 11 14

Author: Phoebe Doyle is a second-year Media and Communications student (Journalism) at La Trobe University. You can follow her on Twitter @phoebedoyle_