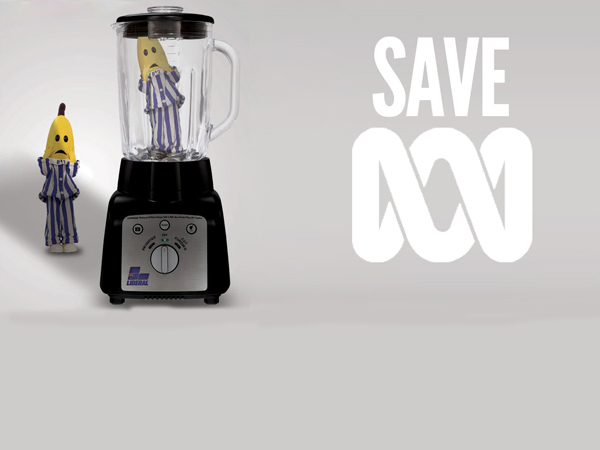 It is no secret that conservatives have often criticised the ABC for alleged bias towards the left, but now they are going so far as to threaten the broadcaster with funding cuts in order to make a point.

At the end of January, Communications Minister Malcolm Turnbull announced that an ‘efficiency review’ would be conducted into the cost-effectiveness of the two national broadcasters, the ABC and SBS.

This is on top of the external audit which was commissioned by the ABC last December to examine the allegations of political bias, as well as the funding audit being conducted by the government’s Commissions of Audit (both of which are still ongoing at time of publishing).

Mr Turnbull insists the review is not an attack on the ABC, saying: “It is not a study of the quality of the national broadcaster’s programs, products and services, or the responsibilities set out in their charters but of the efficiency of the delivery of those services to the Australian public.” 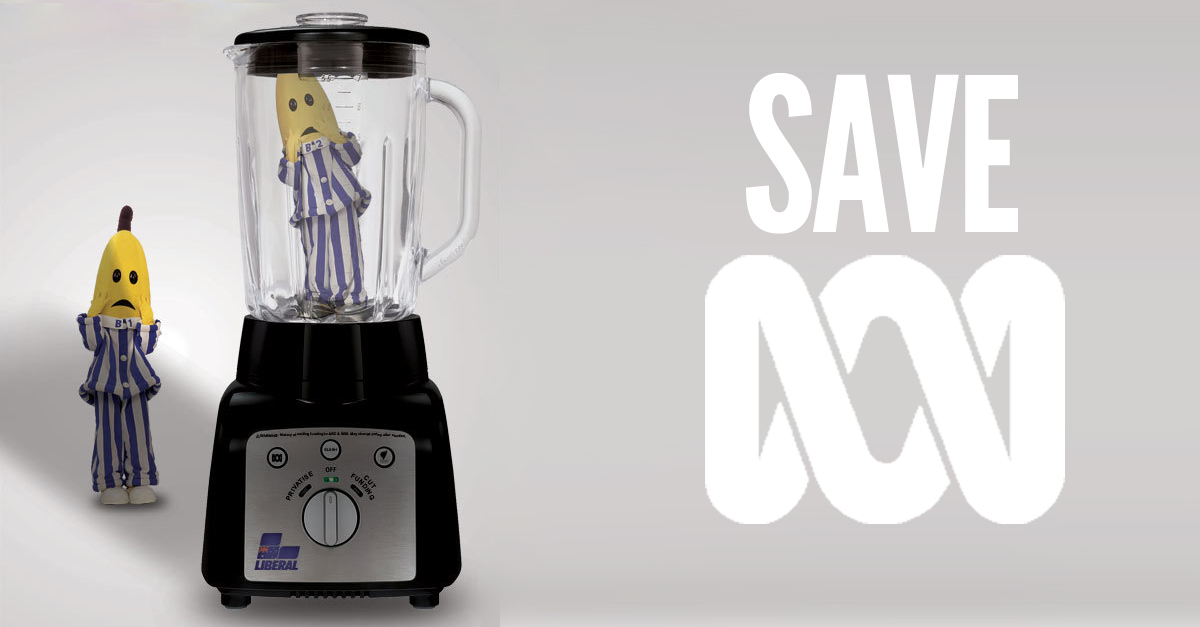 A campaign poster from the organisation GetUp! aimed at raising support for the ABC.

On the eve of the 2013 federal election, then opposition leader Tony Abbott promised that the ABC’s funding would not be cut. Three audits commissioned in the space of two months would seem to suggest otherwise.

It is also wise to remember that in 1996, former Prime Minister John Howard initiated the Mansfield Review into the expenditures of the ABC, and then proceeded to cut the ABC’s funding by 10 per cent before the review was even finished.

Prime Minister Tony Abbott promising not to cut funding to the ABC, among other things, before the 2013 federal election.

Almost ten years later, the Howard government set up another inquiry into the ABC, called the KPMG Report, however the results were not made public. Only a leaked document tells that the report found the ABC to be drastically underfunded.

If the empirical evidence of ABC-bashing on the part of Liberals has yet to devalue the string of promises made by the government, Mr Abbott told 2GB Radio: “I think it is a problem. You would like the national broadcaster to have a rigorous commitment to truth and at least some basic affection for the home team… You can’t leap to be critical of your own country.”

It appears that according to the former journalist-turned-politician, the role of the media is not to be critical of the government, but to take what it says for granted. After all, what business would the government have lying to the public?

When Mr Abbott made the comments above, he was referring to the accusations made against the Navy in regards to the allegations made by asylum seekers which claimed Navy personnel deliberately injured them.

Subsequently, the navy and the government vehemently denied the accusations; however “basic affection” should not override the responsibility of the media to investigate these claims and inform the public – especially when taken into account the fact the Royal Australian Navy and conservative governments have a history of misdirection and misinformation when it comes to asylum seekers.

What makes this situation even more astounding is the hypocrisy the Liberal Party have displayed regarding media regulation. During Stephen Conroy’s attempt to pass weak media reforms through the parliament a little over a year ago, Tony Abbott, then the leader of the opposition, accused the Gillard government of trying to bully News Limited into silence.

The LNP was quick to call the bills “soviet style”, “draconian” and even “a direct threat to democracy”.

So is the ABC in for a fair trial with the sympathetic communications minister? Or is Malcom Turnbull, as Crikey’s Bernard Keane suggests, playing good cop to Abbott’s bad cop in an elaborate plan to punish the broadcaster? It seems only time will tell.

However, there may be some hope for the ABC if history does indeed repeat itself. If, like previous reviews conducted in the past few decades, it is proven that the broadcaster is actually quite fiscally responsible yet drastically underfunded, Mr Abbott may have to put up, or shut up.

Campbell Elmer is a third year Bachelor of Journalism student at La Trobe University. He is a staff writer for upstart. You can follow him on twitter @CampbellElmer.