Why are so many young South Australians moving interstate? 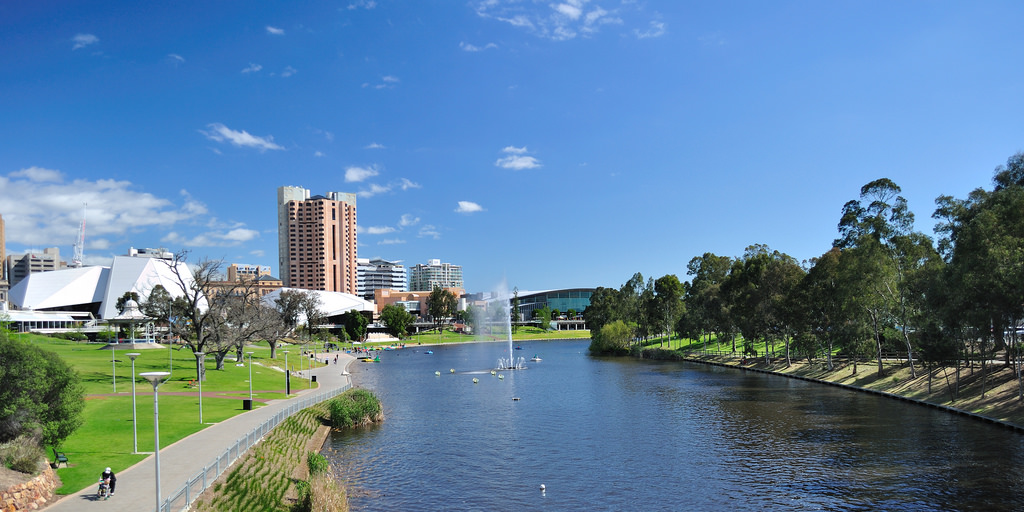 Growing up in Adelaide, friends moving interstate to work or study was inevitable. While it was lousy knowing you wouldn’t see them much, and sensing you were missing out, something much more detrimental was happening.

The state was losing young and smart minds to their bigger brothers like Melbourne or Sydney. The Australian Bureau of Statistics estimated that 5000 people moved interstate from Adelaide in 2015, the highest number in 10 years.

upstart spoke to four young former South Australians about why they moved, and what the state could do to prevent it.

While he now works for a progressive think tank, Edward, 26, originally moved to do a Masters at Sydney University. “Though the same degree was offered in Adelaide, the faculty at Sydney University were more respected,” he says. “I’ve since stayed because there’s simply more opportunities for an early career professional in Sydney than elsewhere.”

Brett, 26, moved to Sydney after university, and now works at a top four investment bank. “It wasn’t a career path I could pursue in South Australia, so I considered a move to both Sydney and Melbourne, where the majority of investment banks have their Australian headquarters.”

Will, 26, moved to Sydney to pursue a career in corporate finance for higher pay, faster progression, international exposure and, in general “smarter and more ambitious colleagues and competitors”.

There wasn’t much that could keep Edward to stay in Adelaide. “I was content in Adelaide, but that curiosity to try something else would have overridden any job offer, or personal circumstance that might have tethered me home.”

Brett says a lot of things would need to change if he were to stay in Adelaide after graduating. “While it will always be difficult to attract top tier law firms and investment banks to Adelaide, I would have been more likely to stay if there were exciting corporates operating [there].”

While Sam already had a good job in Adelaide, he felt there wasn’t room for growth due to the smaller and extremely competitive market. “I think if I had stayed I would have always wished I hadn’t, just for the reason of wanting to try something different.”

Preventing people from leaving Adelaide in search of new and exciting things is near impossible says Brett. “It’s very difficult to quell the ‘grass is greener’ mentality.”

Will says the state needs to entice large corporate companies to Adelaide through pro-business tax changes, like the removal of payroll taxes and others.

“[They] need to attract them, not force them,” he says. “We need to focus on what we’re good at and leverage that as a start, [like] tourism, education, healthcare and innovation.”

Despite South Australia losing many of its young minds to interstate cities, in what has been described as a ‘brain drain,’ Edward thought Adelaide’s future was bright, providing policymakers remain bright and vigilant. “It will always be Australia’s fourth or fifth city, which brings challenges and opportunities,” he says.

He says the city needs to focus on what it already excels at, including the creative sector, niche high-tech industries, medical technology and agriculture. “[Adelaide needs to] retain talent in those spaces, and pull talent from elsewhere, by maintaining an affordable high standard of living and offering incentives for Australians to shift to the city.”

Will says the ‘brain drain’ is a serious problem. “The smarter people in finance, accounting, law, media, advertising, engineering and a few other industries are unlikely to stay in Adelaide if they are ambitious, and want to compete at the highest standard.”

He says small, incremental changes weren’t enough. “[They are] definitely needed, but I think [they] must be coupled with more ‘silver bullet’ or step-change actions, [such as] uranium waste storage and side industries, [or] merging Adelaide Uni and UniSA to create a ‘super uni’ that can compete on a global stage and attract international students.”

Brett says there was a flip side to the the problem, believing those who left in their 20s or 30s may return due to the lower costs of living compared to larger cities.

“Adelaide should embrace this opportunity and encourage these people to return,” he says. “The ‘brain drain’ might become a ‘brain gain’ if those people can bring what they’ve learnt back to South Australia.”

While South Australia’s future is somewhat uncertain, their recent deal with renewable energy giant Tesla, and building of the state-of-the-art Royal Adelaide Hospital are big steps in the right direction. The housing affordability and excellent quality of life will always make it attractive to many, but for South Australia’s sake let’s hope some of them are young.

Andrew has recently moved from Adelaide to Melbourne to study a Master of Communication (Public Relations) at La Trobe University. Follow him on twitter at andrew_handley.