As round five quickly approaches, the main AFL headlines are dissected. 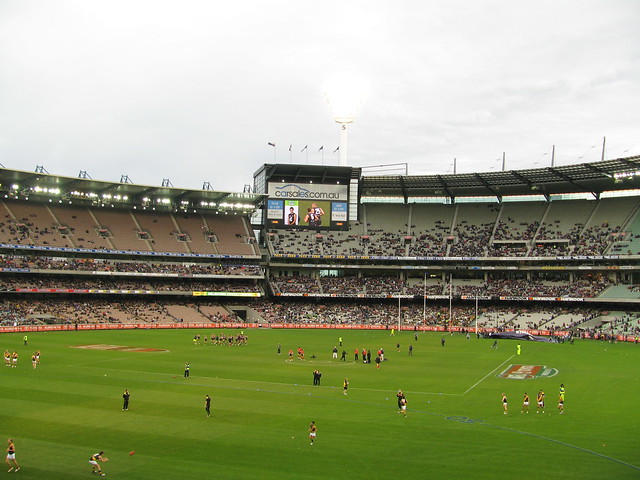 Can Brisbane make it two from two against last year’s Grand Finalists?

The Brisbane Lions head into round five against Collingwood at the Gabba with the chance to knock-off last year’s runner-up’s and begin their season 4-1.

Following a 44-point win against reigning premiers West Coast in round one, the Lions will be hoping to defeat the Eagles grand final counterparts to cement their name in the contender conversation.

Excluding their hiccup last week, with a 47-point loss to Essendon, Brisbane have shown improvement in the early parts of this season, with finals now seriously in consideration for the club.

Being able to knock off the two 2018 grand finalists within the first five weeks would go a long way to solidifying this belief, and will no doubt force some experts to take them seriously as we travel deeper into the season.

Will North Melbourne fans answer the critics about attendance on Good Friday?

AFL commenter Brian Taylor said on the Superfooty Podcast this week that if North Melbourne cannot draw a big crowd for their Good Friday game against Essendon, then next year’s fixture needs to feature a different side.

“They are not blockbuster games if North Melbourne are playing in them … if they draw a poor crowd on Friday, I’d be turning that game immediately over to someone else next year,” he said.

Kangaroos Chairman Ben Buckley answered Taylor’s comments on 1116 SEN yesterday, saying through good form by North Melbourne and Essendon, that a big crowd will be expected.

“There’s been some really encouraging signs off the back of our form and the Bombers form … I think we would expect to be in the mid 40,000’s,” he said.

With both sides off to shaky starts in 2019, a win is vital, and for North Melbourne, even more so to keep their Good Friday slot heading into 2020.

Do the Giants repeat the Dogs of 2016 and win for their inspirational leader?

In Greater Western Sydney’s come from behind four-point win over the Cats in Geelong last weekend, club captain Callan Ward went down with an ACL injury, ending his season.

An original player from 2012 and the first best and fairest winner for the Giants, he has been a consistent figure in the side, only missing five games before this season since he joined the club.

The Age compared the circumstances to when Robert Murphy went down with an ACL in 2016 and the Dogs carried on to win the premiership.

In an eerily similar situation, with both clubs losing their captains early in the season, in the midst of challenging for a premiership, can the Giants replicate this feat?

Only time will tell, but the journey starts this Saturday afternoon with a win over Fremantle at Manuka Oval.

If the Suns can take a scalp away from home, are they a finals contender?

The Gold Coast Suns have defied all odds and find themselves sitting sixth on the AFL ladder with a 3-1 record, equal best in the league.

After losing their two captains, Tom Lynch and Steven May last year, and with an influx of draftees and new players coming into the club, many, such as The West Australian and The Roar, had the Suns finishing last.

Granted it could still happen, but with three tough wins by a combined 10 points, this isn’t the expectation anymore.

The Suns are finding a way to grind out wins, but their task doesn’t get any easier against the Crows at Adelaide Oval this week.

In a big game for both clubs seasons, the Suns will be hoping to take a big scalp away from home to enhance their finals aspirations and make the AFL world take notice.

Photo: MCG for Richmond vs Carlton 2009 by Mia available here and used under a Creative Commons Attribution. The image has not been modified.