Anti-bikie raid has resulted in the arrest of 21 Comanchero members across Melbourne. 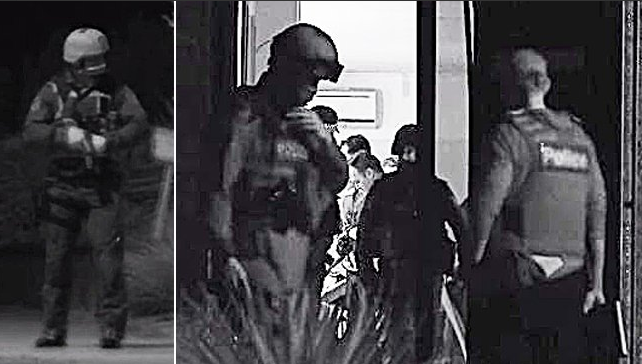 A Range Rover four-wheel-drive and Holden Commodore were impounded from a property in Tobin Way, Lyndhurst in Melbourne south-east.

Neighbour Stephen Van Duynhoven told The Age the property had been regularly visited by police this year. Disturbance from the property, including the noise of smashing windows, was so regular he no longer took notice.

Those arrested will be interviewed and charged with serious offences, confirms Victoria Police Assistant Commissioner Stephen Fontana in a video shared on Facebook.

An operation targeting the Comancheros has been a success with 20 people arrested. Watch now → https://t.co/5Vj5FbsmmR pic.twitter.com/5B1tqRPGAj

“As a result of today’s operation … up to 21 individuals will be interviewed and charged with serious offences including drug trafficking, criminal damage by fire and a number of drive by shootings causing injury to others.”

Today’s operation comes on the back of a campaign begun in July last year by Victorian Police’s Echo Task force targeting criminal activity by the Comanchero gang.

Since July arrests have been made after search warrants were executed at properties in Donvale, Pakenham and Carrum Downs.

Echo Task force is charged with the mission of “preventing, detecting and disrupting illegal activities of organised motorcycle gangs”.

It was established in 2011 to tackle Melbourne’s looming crisis of criminal activity by organised motorcycle gangs.

Since February, police have seized more than 50 firearms and other weapons, drugs and cash after executing more than 60 warrants.