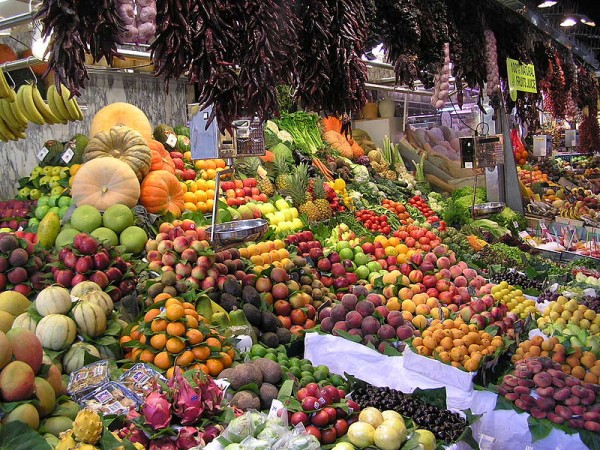 Her story provided hope and inspiration for people battling terminal cancer – until her elaborate story was revealed to be a culmination of lies. Last month, Gibson admitted to the Australian Women’s Weekly that “none of it’s true”.

Gibson’s personal Instagram account, @healing_belle, was followed by nearly 200,000 people. There was also an app, a recipe book, and $300,000 that was promised to charity but never donated.

The young mother fooled many into believing she had terminal brain cancer. The premise of her incredulous survival story was the self-curing method of healthy eating.

Blogger Belle Gibson, who made hundreds of thousands from 'cancer struggle' story, admits she made it up pic.twitter.com/q0Iby9ANkG

In addition to feigning a brain cancer diagnosis, Gibson also claimed she suffered from a plethora of secondary cancers. She retracted the secondary cancer claims in an interview with The Australian earlier in the year, saying she was “led astray” by a doctor.

Gibson’s story was dubious, but her natural healing remedies had a profound effect on many legitimate sufferers, like Julia Watson, who suggest sufferers may have needlessly died after trying to follow Gibson’s methods.

Brain tumours come in a variety of forms. Benign tumours may be treated through a craniotomy. For malignant tumours, a combination of steroids, chemotherapy, radiation and surgery may be used to kill or reduce the mass if the patient is strong enough to respond positively to the treatment.

Diet, however, is not listed as an effective approach to treating the illness. Gerson Therapy, as it is known, relies solely on the body’s “extraordinary ability to heal itself” through eating healthily – a method the Cancer Council Australia strongly advises is not successful.

Ryan Atkins, a final-year PhD student at the University of Melbourne, tells upstart that cancer is fundamentally a genetic disease and the origin, growth, treatment or prevention of brain cancer is not affected by diet.

“Once the cancer has initiated, there’s no evidence in brain cancer that diet can reverse the root genetic mutations that cause the cancer,” he says.

Glioblastoma, or GBM, is an extremely aggressive and rare form of brain cancer. Gibson claimed she was diagnosed as having a stage IV glioblastoma. With a zero per cent survival rate, there is currently no cure, medical or natural. The terminal condition has a 100 per cent universal mortality rate.

Dr James Dimou, MBBS, PhD and neurosurgical registrar at Prince of Wales and Sydney Children’s Hospital, tells upstart “there is no high-level evidence to suggest a link between diet and GBM”.

Although it is clear a healthy diet alone will not treat or protect against cancer, some foods have been found to have an impact on the prevention of certain cancers.

The World Cancer Research Fund has recommended people avoid eating processed meats, which has been linked to cancer of the bowel.

The Better Health Channel of Victoria advises lowering consumption of artificial sweeteners and says “fruits and vegetables contain many vitamins and antioxidants, which may help to decrease your risk of cancer in particular areas of the digestion system, such as the mouth and stomach”.

An association between stomach cancer and salt has also been made, and experts suggest you should limit your intake of the seasoning.

Cancer survivor Shane McDonell was diagnosed with a teratoma in his early twenties. He says he is alive because of his medical team, friends and family.

McDonell combined medical treatment with a visit to a spiritual healer in New Zealand, which he says helped him maintain a positive attitude and overcome the illness. He admits that his diet could have been better.

“I tried to change my diet to vegan but it really didn’t last long,” he tells upstart. “While going through treatment, doctors and nurses just told me eat whatever I could – most things tasted very metallic.”

McDonell notes that Gibson’s claims could have put financial strains on cancer sufferers, while also being detrimental to their health.

“How dare someone trick people who are going through the battle of their lives into spending what little money they have spare on a book based on lies that gives them hope for survival,” he says.

A healthy diet paired with exercise is paramount for all-round health. While some foods could help in preventing certain cancers, medical research does not support claims, such as those made by Belle Gibson, that an all-natural approach will cure terminal cancer.