26-year-old Baxter Reid has been released from a US detention centre after overstaying his visa by 90 minutes. 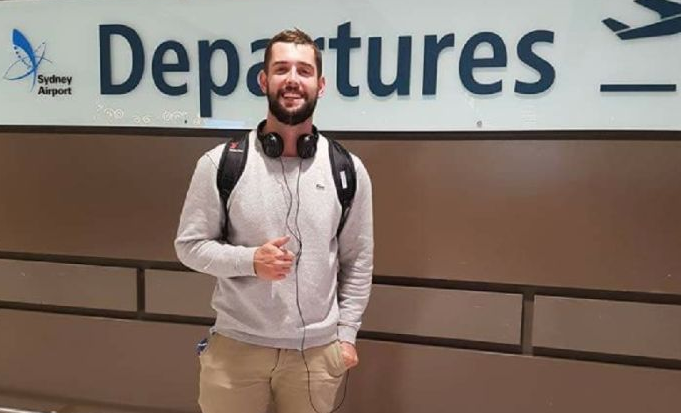 Canberra man Baxter Reid, who was imprisoned in the US after overstaying his visa by just 90 minutes, has today been released from custody.

The 26-year-old spent more than two weeks locked up after violating his visa requirements.

Reid possesses a five year visa, which requires him to leave the country to renew it every six months.

Reid was crossing the US-Canada border at 10pm on 23 April with his American girlfriend, Heather Kransco, planning to fulfil his visa requirements. His visa was set to expire at midnight.

The couple were denied entry into Canada, held by officials until 1:30am and were then sent back to the US where Reid was arrested in Buffalo, New York for overstaying his visa.

It is unknown why Reid was refused entry into Canada.

Reid’s lawyer, Julie Kruger told The Guardian that Reid was really happy with the court win on Wednesday, which saw Reid released. He was also given 120 days to leave the country voluntarily.

He will not be prohibited from returning to the US.

“It is a great result because a deportation order would be a 10-year bar to coming back to the US so he won’t have that and he did not overstay his status to accrue unlawful presence,” Kruger told The Guardian.

Reid has never violated any US immigration laws and has no criminal background.

His girlfriend created an online GoFundMe campaign, describing Reid as a “beam of light that can make anyone smile.” The campaign went viral, raising more than $US10,000 ($A13,600) for his legal costs.

Upon his release, Reid gave thanks to those at home who had helped raise money.

“Thanks so much to the Australian people, I’ve never been more proud to be an Australian, honestly,” Reid told the Seven Network.

“I have a lot of beers to buy for a lot of people and just can’t wait to give everyone a hug.”