Carlton has chosen not to campaign for either side of the marriage equality debate. 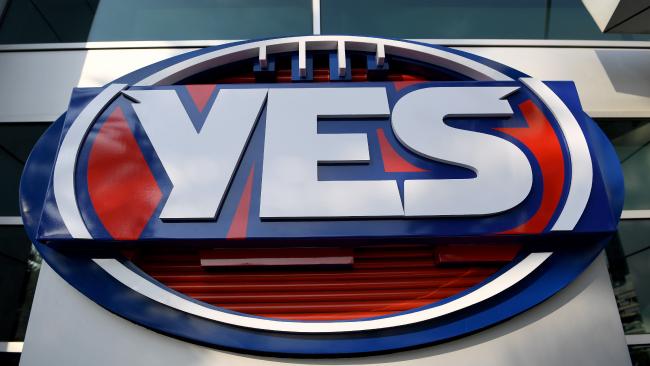 The Blues released a statement yesterday, declaring themselves as a “leader in engendering equality”, but fell shy of endorsing the Yes Campaign on gay marriage, despite the AFL’s stance on the issue.

The AFL is committed to equality & diversity, & we support the rights of all Australians to live, work & play free from discrimination. pic.twitter.com/XUoAuEcwzJ

“The issue of ‘same sex marriage’ is essentially one of equality; and so the club encourages all of its people to have their say in this important national vote,” the statement reads.

“As a club, we respect that this is about personal choice, and as such don’t intend to campaign on the issue, but we do strongly reinforce our club’s absolute commitment to equality – and a community that is free from any form of discrimination.”

Jamison, who left the club at the end of 2016 after playing 150 games, suggested on Twitter that it just wasn’t good enough.

“You can fence sit when you are debating whether to have a twilight grand final not when it comes to equality.”

The former Blue has been very public in his support, telling the Herald Sun earlier this month that he was campaigning with his gay twin brother, Will.

In a letter sent to Fairfax Media, lifelong Carlton supporter Rebecca Hanley expressed her disappointment with the club.

“I will not be renewing my Carlton membership in 2018 or future years due to the club’s public statement on same-sex marriage,” she wrote.

“To call Carlton a ‘leader in engendering equality’ was a hollow statement in light of the lack of action on this important social issue.”

The statement made by Carlton follows the AFL’s decision to change their logo at head office, replacing it with the word ‘YES’.

Nat Edwards from AFL Media claimed that the sign, which has since been removed, was always intended to be temporary.

The YES sign outside @AFL house has been taken down. Plan was always to have it up for just one day.

Long-term campaigners Sydney and St Kilda have been joined by the Western Bulldogs, North Melbourne, Collingwood, and Gold Coast, who have pledged their support for same-sex marriage.

Carlton’s statement and the AFL’s endorsement of the Yes Campaign has sparked debate as to whether sports clubs and leagues should involve themselves with politics.

Reminder that idiots also complained that putting politics in the AFL was “too divisive” when Michael Long complained of racism in the 90s. pic.twitter.com/m1H3ZQUWmQ