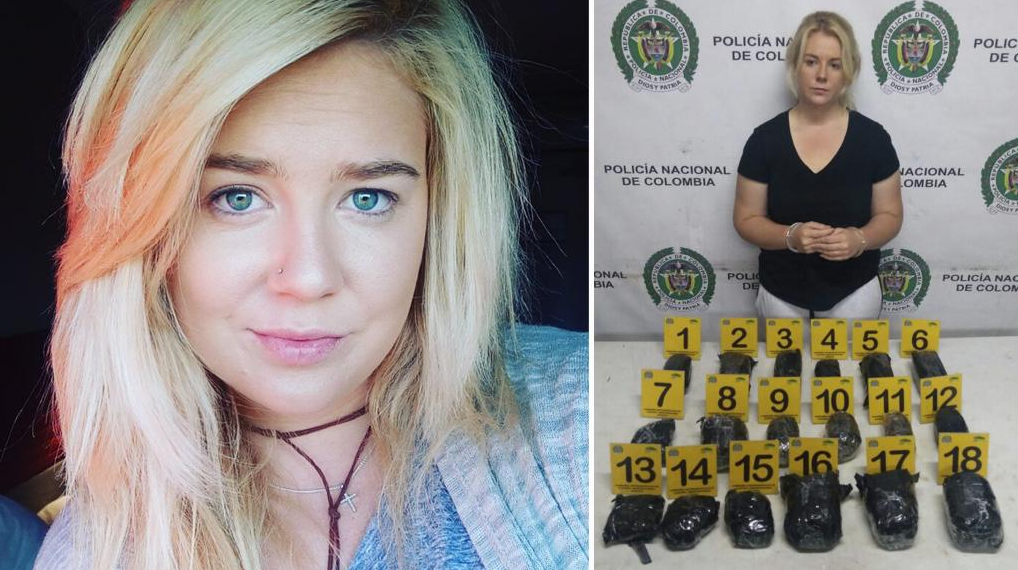 Cassie Sainsbury in a police photograph found with the packages of cocaine in her bag.

“When I saw her she signed documents for her lawyer in Australia. They are looking for state funds in Australia for the legal costs, so she was signing a form for that, to put before the government there,” Orlando Herran said in Bogota.

“I have no idea how much they are looking for. It is to cover the lawyer’s fees in Australia.”

The Bogota lawyer said the funds would “possibly” go towards his fees as well.

Sainsbury is currently awaiting trial in El Buen Pastor prison in Bogota and is deciding whether to take her lawyers’ advice to plead guilty for trying to smuggle 5.8kg of cocaine out of Colombia to Australia. Sainsbury was arrested on April 11 at El Dorado international airport after the US Drug Enforcement Agency tipped off Colombian police.

The US Drug Enforcement Agency flagged Sainsbury as suspicious as her flight was booked from Hong Kong.

Sainsbury continues to plead innocence, saying she was tricked into smuggling 18 plastic wrapped packaged of headphones filled with cocaine out of Colombia.

The scheme is available to those arrested overseas if they face more than 20 years or the death penalty. Sainsbury has been told she can face between eight to 25 years in prison, whereas if she pleads guilty she could receive just four years.

Sainsbury’s family has already faced scrutiny over the crowdfunding page that raised $4,232 to “help bring her home”.