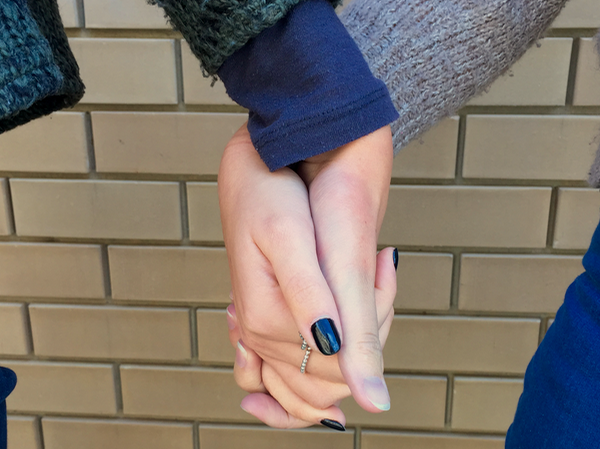 Campaigns are escalating around the country ahead of a bill to legalise gay marriage.

Australian sports stars and celebrities, as well as regular Australians, feature in the new ad campaign that began airing on Sunday.

The ads come as AME kick off their #WeCanDoThis campaign.

It’s not uncommon for celebrities to be a part of campaigns.

Celebrities’ presence and likability make them suitable people to help spread a message, but are they appropriate representations of the Australian voice?

Tim Christodoulou is Partnerships Manager at Minus18, Australia’s largest youth-led organisation for gay, lesbian, bisexual and trans youth. He tells upstart that the voices in the #WeCanDoThis campaign accurately represent Australia’s stance on marriage equality.

“In many of the videos, the celebrities are expressing their disbelief that marriage equality still isn’t the law of the land in Australia,” he says.

“I think that’s how the vast majority of the Australian community feels too. They see marriage inequality as a fundamental injustice and something that needs to change.”

The most recent poll indicated that 72 per cent of Australians are in support of gay marriage. This same view was represented in AME’s television ads.

“The time has come, we’ve waiting long enough,” Morris said in the first of two ads.

“It’s about giving everyone a fair go,” Weaving added.

AME deputy campaign director, Ivan Hinton-Teoh, who was heavily involved in the creation of the ads, tells upstart that celebrities were incorporated into the concept to make sure it got media attention.

“The majority of Australians do support marriage equality and the messages from these celebrities is no departure from the message of support,” he says.

Hinton-Teoh says the main focus of the campaign is to contact senators and MPs who are yet to declare their stance on marriage equality.

“It’s simple and positive messaging,” he says. “We want them to understand what regular Australians want as well as celebrities.”

The #WeCanDoThis campaign also saw Canberra Airport light up in rainbow colours on Sunday night to greet MPs flying in to Parliament. This came after a weekend of rallies that saw thousands of Australians advocate for a change in legislation.

Christodoulou says that public opinion is already in favour of gay marriage and the campaign aims to convince politicians that the issue is of national importance.

“I think the aim is to put pressure on the Federal Government to just get it over and done with, and to deal with the issue in the life of this Parliament,” he says.

The broadcasting of these ads came after channels 7 and 10 refused to air Marriage Alliance’s anti-gay marriage ads. Campaign spokesperson, Sophie York, said she was outraged by the networks’ decisions.

“It is quite shocking that two major TV networks are denying the basic right to freedom of speech and expression on an issue that supports the current law of the nation,” she said.

The #WeCanDoThis campaign is seeking donations to ensure the ad gets air-time.