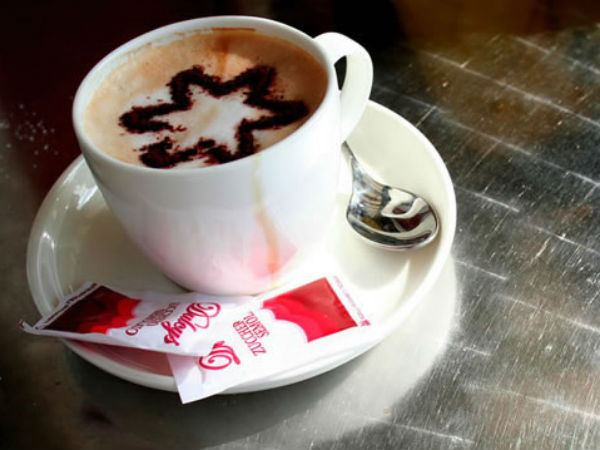 Originating in Naples, Italy and now going viral on Facebook, the suspended coffee movement is a pay-it-forward-type initiative where cafés allow patrons buying coffee to buy an extra one and “suspend” it. A person in need is then able to come in and claim the coffee, receiving a free hot beverage — everyone’s a winner.

There are Suspended Coffee initiatives currently popping up in countries all over the world. Melbourne, well known for its café culture, may well be the perfect candidate to next adopt this charitable idea, especially as we move into the winter chill.

Suspended Coffee Melbourne, started by Declan Jacobs and Jett Mahmud, is getting the initiative rolling in Victoria’s capital.

Jacobs says that it’s important to keep the momentum going to help the less fortunate.

“It’s about time we all got involved in putting a little something back, this is such a simple thing and can be done by anyone, it takes just one person to make a change.”

The pair have been putting up stickers around the city promoting the idea in the hope of getting more cafés involved. But Jacobs says for this movement to be truly successful, Melbournians need to go to their local cafés and start promoting the cause.

“Our target is 200 [cafés]… this is something that all the people of Melbourne can help with, the more cafés people are asking about a Suspended Coffee the better.”

But there are some kinks that need to be ironed out in the system.

Publications such as The Northern Star have outlined the issue that most people in unfortunate circumstances would not have Facebook and therefore wouldn’t even know what suspended coffees are, let alone where to get them.

However, through collaborating with agencies such as HomeGround, Second Bite, Sacred Heart Mission and St Vincent de Paul, Suspended Coffee Melbourne have been able to get the word out among the less fortunate.

The idea is proving to be successful with a growing number of cafes committing to the movement and a band of people willing to buy an extra Suspended Coffee.

“So far the response has been fantastic, we just have to keep it going,” Jacobs says.

You may ask; why a coffee? Why not offer something with more sustenance?

“We needed to start somewhere, the next stage is food, but let’s get the Suspended Coffees working first,” Jacobs says.

In fact, some places in other countries such as Italy and the United States also offer sandwiches for suspension. Baby steps, Melbourne.

Family-run Yarragon Café is one of the cafés already on board and say they are very excited about their opportunity to give back to the community.

“We believe that in today’s world driven by materialistic demands and quick fast fulfillment the need of the hour is to re-instill faith in human values and humanity,” says owner, Ramesh Kakkadi.

“We are excited about this very positive movement and the way to ensure its success is to point to cafés which are already doing it, hence encouraging more cafes to join. Together we should make it a success.”

So next time you’re grabbing your morning latté, consider buying another to be set aside for someone less fortunate than yourself. With winter just around the corner, a hot cup of coffee would be quite welcoming to someone in need.