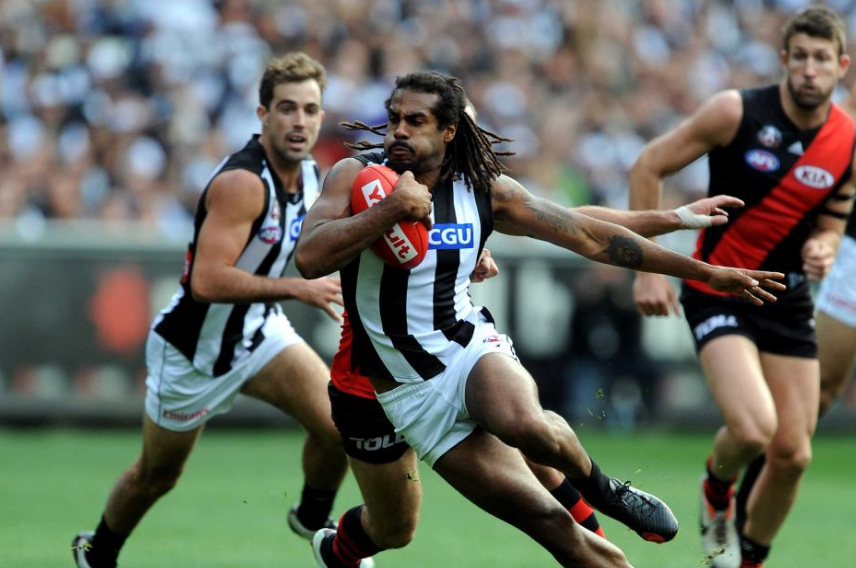 In the series, Lumumba reveals how he confronted racism and prejudice amongst the club, claiming he was called a “chimp” throughout his Magpie days, something Krakouer confirmed happened.

“Yeh no doubt I heard it…It was just a nickname…I don’t think the boys are racist, I think it was just culturally ignorant,” Krakouer said on SEN Breakfast radio.

“It’s a problem throughout society. Throughout my life, a common theme has unfortunately been racism. It isn’t just Collingwood, it is society in general. It’s everyone’s responsibility. Everyone needs to try and understand, and work together to be more educated around the issue,” Krakouer said.

Fair Game, which premiered last Sunday, provides a first-hand account of Lumumba’s search for identity at the Collingwood Football club.

In the documentary Lumumba defines Collingwood as a “boys’ club for racist and sexist jokes.”

Collingwood coach Nathan Buckley commented on the documentary in a press conference saying, “It’s a bit sad in many ways that ‘H’ feels that way about his experiences in the game and he’s been a great contributor to our footy club for a decade and 199 games and I shared those times with him as a player and then as a coach.”

When commenting on Lumumba’s comments labelling him as someone who lacks “emotional intelligence”, Buckley said “he wouldn’t be the first bloke to think that.”

“Personally, I’ve always looked out for, and been aware of, H’s issues or concerns or challenges…I tried to support him as best I could in my role as teammate, captain and then as line coach and senior coach.”

Fair Game is available on SBS On Demand.