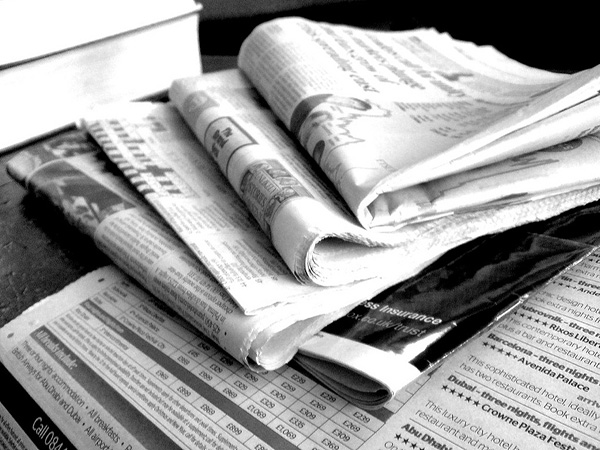 Since those pocket computers we call smart phones landed in our hands, news organisations have been under pressure to keep up with the immediacy at which we now receive and expect content.

As a result, the newspaper we once knew is on the decline and online news feeds are becoming the dominant form of information for our time.

There have been various sackings across some of the biggest media outlets in Australia, such as Fairfax, with companies claiming these dismissals are necessary due to a slump in tabloid and broadsheet newspaper sales.

Revenue has declined in recent years for Australia’s major newspapers, with News Corp recording a five per cent loss in the last financial quarter, bringing it down to $142 million in profit.

These changes in revenue are mostly attributable to losses in advertising revenue and rising production costs, according to Roy Greenslade of The Guardian.

While we may agree that the demographic is shifting, we are forgetting a critical part of Australia’s news reading audience – the rural reader.

These subscribers are likely to be hit hardest, as news corporations downsize rural and local newspapers in a bid to save costs, substituting the old print versions with online services.

Rick Edwards, Chief of Staff for News Corp’s Leader Newspapers, tells upstart that newspapers remain the most trustworthy source of news despite the digital surge.

“Newspapers have always been the most trusted way for people to receive their news, and that continues today,” he says. “Journalists are trained to do their job and abide by a code of ethics. The news they report is authoritative and reliable.”

Fairfax Media said in a statement that it was determined not to close rural operations but would now focus on providing more online content.

“All 13 mastheads in Victoria will be redesigned and revitalised. There are no masthead closures. The Victorian proposal is the result of extensive consideration of the needs of the business,” the statement reads.

Fairfax CEO and Managing Director Greg Hywood has suggested there may be “some limited consolidation of papers where it makes business sense”. “We expect to deliver annualised savings of at least $40 million by 2016,” he said.

Eric Beecher of The Monthly suggests that the downsizing of these large media outlets could have devastating effects due to the concentrated media landscape in Australia.

“In a small robust democracy with relatively little commercial quality journalism, it has the makings of a civic catastrophe,” he said.

“That’s because the serious journalism of influence in Australia, apart from the government-funded ABC, resides mainly in four newspapers – the Sydney Morning Herald, The Age, the Australian Financial Review and The Australian.

“Until recently, these four employed around 1,500 journalists. Today that number is closer to 1,000. Within two years it could be as few as 500,” he said.

Others may argue that this downsizing opens up the market for smaller competitors.

Often these reformatted local newspapers are written and edited by a team the fraction of the size what is was before. Workloads may be shared with other regional newspapers to spread the workforce and the cost.

Edwards does not believe that the content of local newspapers has been negatively affected as a result of these changes.

“We have not had redundancies and our content has not suffered, in fact it has got better. Community newspapers play a vital role. Done properly, they are the heartbeat of their communities,” he says.

While online news had a slower uptake in regional areas, figures have shown that it could threaten rural newspapers as well as the major mastheads.

In an attempt to gain more revenue, news outlets such as News Corp, APN and Fairfax are beginning to extend their online paid subscription to regional newspapers, including the introduction of paywalls. These measures could deter regional readership.

Alternatively, there have been suggestions to make local newspapers a community initiative, run in part through local council and volunteers and overseen by qualified journalists and editors.

Edwards believes local papers are here to stay and that “there will always be a place for a local paper that’s doing its job well”.

The shift to online news is becoming increasingly irrefutable, it’s now a question of how regional papers will adapt to survive in this changing media landscape.