Australia's medical practitioners have called on the prime minister to transfer children and their families from detention centres in Nauru. 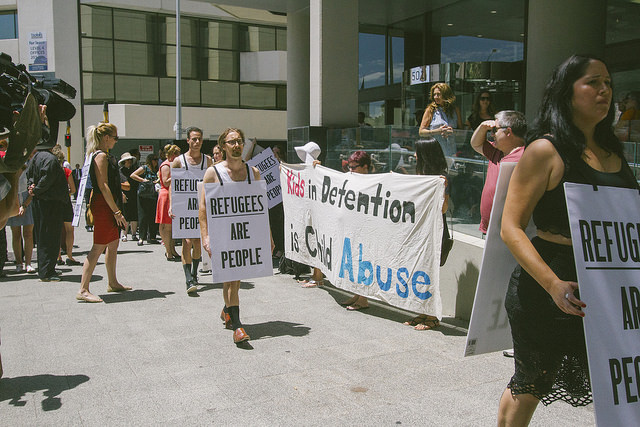 Doctors have expressed their increasing concern about the mental and physical health of over 90 children children detained on Nauru in a letter to government.

One of the co-authors of the letter, Dr Sara Townend, addressed the press outside parliament on Monday.

“The letter we wrote was a way to give voice to doctors from around the country. This morning we delivered that letter to the Prime Minister’s office… there was no formal support or media for this letter, doctors cared enough to share it with their colleagues and friends,” she said.

Roughly 5 percent of all registered doctors have signed the petition that calls for Scott Morrison to transfer the refugee children and their families off Nauru for urgent medical treatment.

“Many are damaged already, but we don’t want this damage to be permanent,” he said.

“They need to be assessed and treated as a matter of urgency.

“It’s a miracle we haven’t had a death already.”

Yesterday Mr Morrison defended the medical care provided on Nauru and said that the decisions about medical based transfers for asylum seekers were made on an individual basis.

Scott Morrison, who was integral in the ‘Stop the Boats’ campaign as the then-minister for immigration and border protection, said he would not rule out transferring refugees to New Zealand but had to be assured they would not then return to Australia.

Liberal backbenchers Russell Broadbent and Craig Laundy supposedly met with the prime minister last month to discuss evacuating vulnerable children and their families from Nauru to Australia for medical care.

Under the new proposal, the children and families currently in detention would be transferred into onshore detention or bridging visas, until the Australian government can find a permanent third settling nation.

It is alleged that Laundy and Broadbent will not cross the floor for this issue and are hoping to achieve results in the private party room.