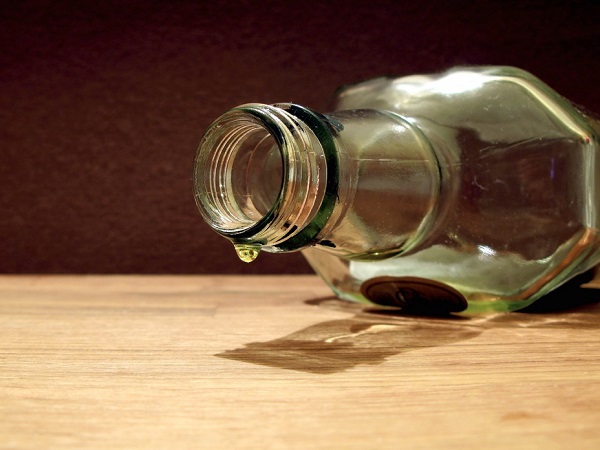 FebFast, Dry July, Ocsober – if I’m encouraged to take part in any more booze free months you might as well strap me into a straight jacket.

In short – I love a tipple or two and completely understand that us Aussies have an appalling relationship with alcohol and need to take it easy for a month for the sake of our lives.

According to the Australian Bureau of Statistics (ABS), Australians are drinking less now than at any other point in the past 15 years. But oddly enough, the amount of charity based alcohol free month events are rising!

First we had FebFast springing up in 2006, followed by trusty Dry July in 2008, and Dry January joining in 2013. This sneaky feline’s job was merely to make us feel extra guilty about ‘supposedly’ overindulging and pickling our livers throughout Christmas.

Worthy causes yes, but is corking the booze the right way to raise money?

Back in 1998 a book titled ‘Alcohol and Cardiovascular Diseases’ hit the shelves, in which Harvard Professor of Epidemiology, Malcolm Maclure explicitly says:

“The risk of coronary heart disease (CHD) is, reduced by alcohol use.”

Come on, everyone trusts a Harvard professional, but if you are a sceptic by nature, and perhaps think 1998 is too ‘old school’, I’ll point you towards another study released in 2011.

A throng of doctors and professors from Norway followed 149,729 older Norwegian individuals, both men and women, and their drinking patterns very closely between 1994 and 2003. They recognised this same link that Professor Maclure discovered:

“Alcohol intake is related to a reduced risk of death from coronary heart disease in the follow-up of a large, population-based Norwegian cohort,” Professor Per Magnus concludes.

It is important to note that these studies refer to moderate alcohol consumption- this is not a recommendation to binge like crazy!

Okay, if Aussies are drinking less, and moderate tipple tasting has some benefits, where are we going wrong? What can we replace these ‘dry months’ with that will really help our nation’s well-being and raise money for these commendable causes?

Back to the trusty ABS!

Well, well, data released on just May 9, 2014 woefully proclaims ‘Australians are including less fruit and veg in their diets now than ever before!’

Ah-ha! That means it’s the perfect time to cut the innocent social drinkers out there some slack. Let alcohol back into our lives for 12 whole months and try a ‘Flab-Free-Feb’, ‘No-Fry-July’ or a ‘Nourishment November’ instead?

If that is where Aussies are going wrong wouldn’t it be more of a test on ourselves? Wouldn’t that raise more money?

Heck, then even the little tubby kiddies we’re raising money for, through initiatives like Ocsober, could actually take part in the abstinence process! What a novel idea!

After muddling your way through all that, if you just want to give up drinking for a month for your health, firstly, you’re crazy, and secondly, why on earth does the month need a cheesy title?

Just do it for yourself, when you want, where you want and donate money to a cause of your choice, separately. Too easy.

Ally Dennis is a third year Bachelor of Journalism student at the University of Technology, Sydney, and a junior at Newport based PR firm ‘A Little Extra’. You can follow her on Twitter: @Ally_Dennis