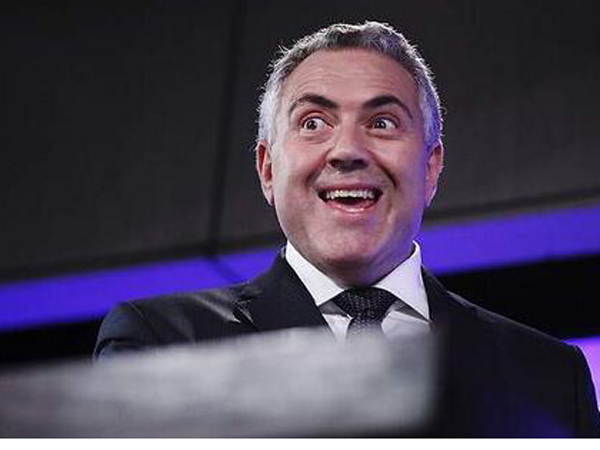 On the eve of the 2013 federal election, soon to be Prime Minister Tony Abbott made a direct, clear promise to not cut any funding from the ABC and SBS.

Nine months later, the LNP is in damage control as the 2014-15 federal budget details the government plans to do exactly that.

You can read upstart’s official summary of the 2014-15 federal budget here.

Earlier in the year, I wrote an article predicting the outcome of the Communications Minister’s “efficiency review” into the operating and cost effectiveness of the two public broadcasters; the ABC and the SBS. I speculated that if the previous ABC audits conducted by Liberal governments were anything to go by, this one would prove to be another gimmick in order to loosely justify any future cuts to the allegedly biased broadcasters.

Unfortunately, I was right.

The government has officially committed to cutting one per cent of operational funding from both the ABC and SBS over the next four years which, according to the Treasury, equates to $43.5 million. However, ABC’s Managing Director, Mark Scott, claims that the cuts to the ABC will rise to $120 million, stating the government will “extract further savings from the ABC over the next few years flowing from the Lewis efficiency review”.

In addition to this, the government has abolished the $220 million Australia Network contract between the ABC and the Department of Foreign Affairs of Trade. The Australia Network is an international broadcasting initiative designed for ‘soft diplomacy’ in the Asia-Pacific region, reaching 46 countries. The contract was meant to last for ten years, but will now only last one.

In his budget response statement, Scott says; “This decision runs counter to the approach adopted by the vast majority of G-20 countries who are putting media at the centre of public diplomacy strategies to engage citizens in other countries”.

“It sends a strange message to the region that the government does not want to use the most powerful communication tools available to it to talk to our regional neighbours about Australia.”

It is unclear if the Australia Network has been abolished altogether or will be delegated to another company; all that has been said is the funding for the ABC to run it will be withdrawn.

In his post-budget statement, the Communication’s Minister, Malcom Turnbull, says “the Government expects those efficiencies can be achieved without cutting their diverse range of programs and services or affecting their editorial independence”.

However, in an interview with ABC 774, Mr Scott expressed his concern that these cuts will result in the shrinkage of services and loss of jobs.

“We simply cannot keep peddling harder, pushing people to stretch more thinly, and keep trying to do what we do now,” he says.

There is some good news though. It is reported that Mr Turnbull had fought back pressure from his colleagues to impose a 10 per cent cut to base funding, rather than the 1 per cent announced, and that he also resisted calls to impose the much anticipated ‘efficiency dividend’ on the broadcasters (could this be legitimate empathy or was he playing good cop to Abbott’s bad cop suggested in my previous article?).

Efficiency dividends were first introduced by the Hawke Government. It is assumed that because government agencies do not operate in a competitive market, their operational costs are not as strictly controlled, so by introducing a yearly decrease in their budgets, the departments would be forced to make sure they are spending tax payer funds efficiently.

The ABC and SBS have always been exempt from efficiency dividends, and it was speculated that the Abbott Government would introduce them to the broadcasters as a way to appease their conservative voters while supposedly keeping their election promise. An efficiency dividend would have cost $250 million over the next four years; far more than what the current cuts add up to.

What’s extremely disappointing is that the study which finds the ABC and SBS to be sloppy enough to justify operational funding cuts, has yet to be released to the public. Just like the KMPG Report before it, Turnbull and Lewis’ efficiency study may remain locked up, out of the public sphere where Australians have the right to scrutinise it.

The worst may have been averted, but the outcome is still pretty bad. This policy is a massive breach of voter confidence and democratic principles and, contrary to LNP-belief, a policy where no-one wins.

Campbell Elmer is a third-year journalism student at La Trobe University and a staff writer for upstart. You can follow him on Twitter: @CampbellElmer.