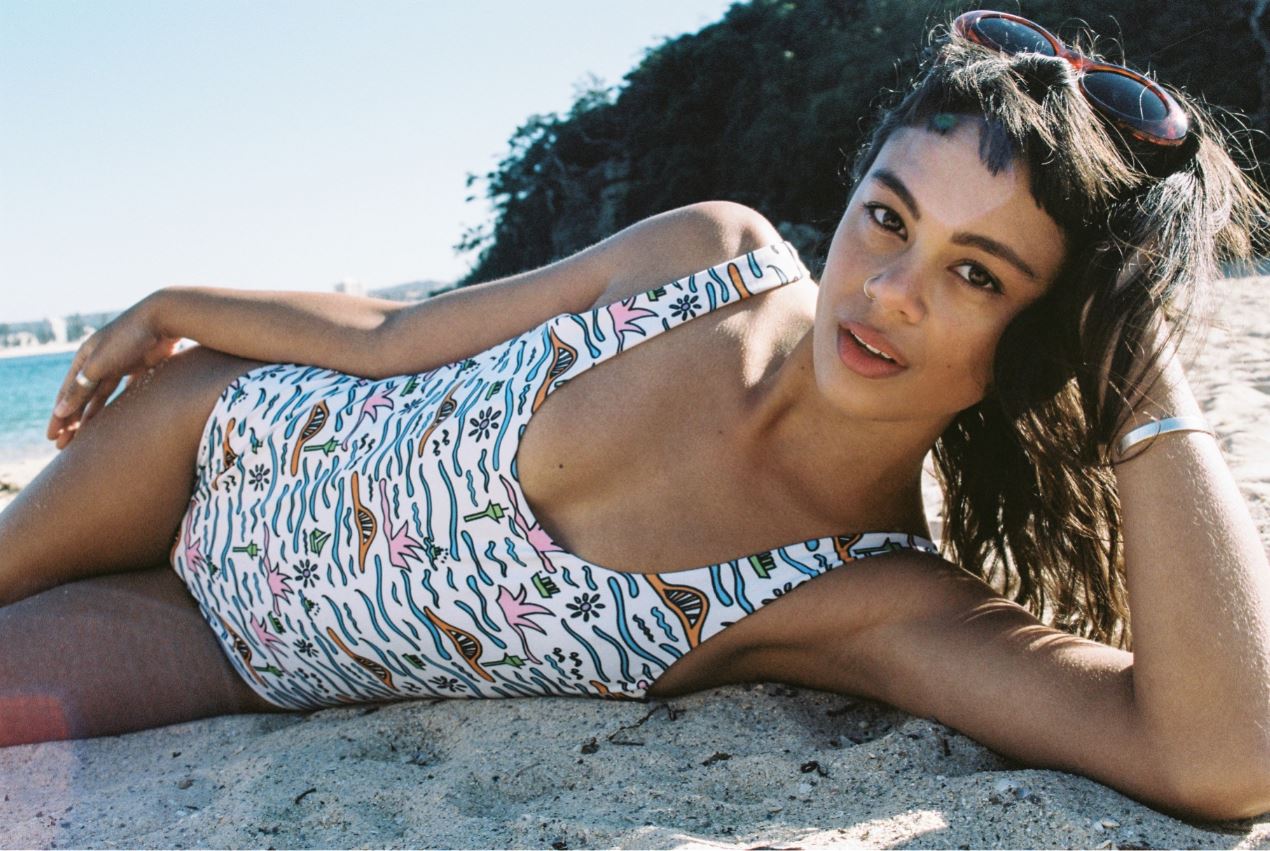 At 16 years old, Elfy Scott told her parents she was going to drop out of school to pursue the illustrious career of cutting hair.

As academics, Scott’s parents weren’t exactly ecstatic about their bright daughter’s ploy to get out of spending another day in the education system. But after begrudgingly sticking out the remainder of her high school years, Scott’s life begun steering in a unique direction.

Today, she is a freelance journalist, writer and model who has been shortlisted for a multiple awards in journalism and carried out a two-term fellowship as science writer for Buzzfeed.

From an early point in Scott’s life, it became clear that she had an aptitude for putting pen to paper.

“I started writing sort of short stories when I was a kid,” she told upstart. “I was definitely writing a lot and I was reading a lot too. But that being said, I was not an academic child. I never read a single text for high school and I was kind of a sh-t.”

Scott’s path to success with her writing was far from linear. While studying psychological science at university, she was introduced to the niche area of science communication, which prompted a move from a career in psychology into the science writing sphere. Along the way she received a unique opportunity to work alongside the editor of a publication.

“I had been writing all through that psych degree, so I actually took a year off my bachelor degree to work as an assistant editor at a magazine. Just because I had been writing, like blogs, and things like that since I was in high school, I started getting picked up by websites. So, ultimately, I did end up working at quite an unreasonably young age as an assistant editor for a magazine.”

Although Scott credits her time at the magazine with giving her a foothold in the industry, she says the work itself was “emotionally draining”. But at a time when journalism jobs don’t appear to be flourishing, Scott understood the importance of being patient with your goals.

“There are heaps of jobs going in journalism, but you just have to look beyond the legacy publications I think and have a realistic expectation for the sort of publications you’re going to be working for, for the next two to three years,” she said.

Now Scott is full-time freelancing as an online reporter for 10daily as well as producing articles for SBS and modelling on the side.

Unlike the gradual progression of her written abilities, Scott essentially fell into modelling, almost by accident.

In fact, it was one family’s curious pursuit of roles as extras in films that launched her into the modelling sphere.

“I was dating this guy in high school and for some bizarre reason his family were really into the idea of being extras in films,” Scott said. “So he signed me up to the agency to become an extra for them and then eventually I started actually getting the main roles in ads.”

“It’s not like I ever pursued being a model seriously, and the fact that I am still able to glean some kind of income from that professions is astounding to me. I’m grateful for it because there’s a huge amount of money in it but it’s not something that I take particularly seriously.”

After experiencing success across multiple campaigns during a short stint living in London, Scott stepped away from the industry in 2017 to finish her Master’s in Journalism. But upon completion of her degree, Scott found herself at a moral crossroads when considering her return to the industry. In an open letter penned to the world of fashion, Scott details her observations of a toxicity that plagues the field of work.

“The implicit acceptance that starved bodies are desirable is goddamn everywhere,” writes Scott. “The picture of violence against bodies in the fashion industry isn’t a collage of singular aberrations, it’s a f–king Seurat of small acts of violence that make women hate themselves.”

However, pursuing a career in freelance writing comes with a certain level of financial compromise, so Scott found herself returning to the modelling scene as means of keeping herself financially afloat.

“I was pretty deadest on the idea that I would never touch the industry again, and that I would do journalism exclusively, but it’s sort of unfortunately like golden handcuffs,” she said. “It’s just too much money to be able to reasonably turn down. Especially when you enter the job market that is unfortunately not running over with positions available or lucrative positions at that.”

Scott acknowledges that her unique appearance actually worked to her advantage to shield her from the typical pressures and expectations placed on models.

“These are things that I observe but they’re not things that I have necessarily been personally touched by, and that’s because I occupy a very weird space in the industry where I’m hired as a) a diversity card and b) somebody who looks alternative,” she said.

“I’m not hired to be a typical model so I don’t experience what typical models do. Which I mean, it’s a very weird and privileged position to be in. I don’t have the same sort of body pressures on me and I never have, because nobody expects me to look a certain way and that’s sort of the point.”

With an appearance that veers away from the typically white standard of beauty in Australia, Scott admits there have been times she’s aware of being hired as a ‘diversity card’ but believes it’s a good sign for the industry.

“Look, from time to time I do find it a bit silly, but at the same time, I think that if people are making that conscious decision to hire somebody who looks different then that’s actually quite brave,” she said. “It’s a difficult decision to make, especially in the Australian commercial industry because it is so exclusively white and there are those expectations. Even hiring somebody who looks like me is pushing a certain boundary for a conservative white bred audience.”

Scott has had been juggling her three roles for years now, but says if it ever came down to it, there would only be one clear choice for her to pursue.

“It’s the completely ethical career… journalism, I think, at it’s very core is, something that is ethical and it’s a social duty. I think that, given the opportunity to do anything else, I would choose journalism because you know – what are we contributing otherwise?”