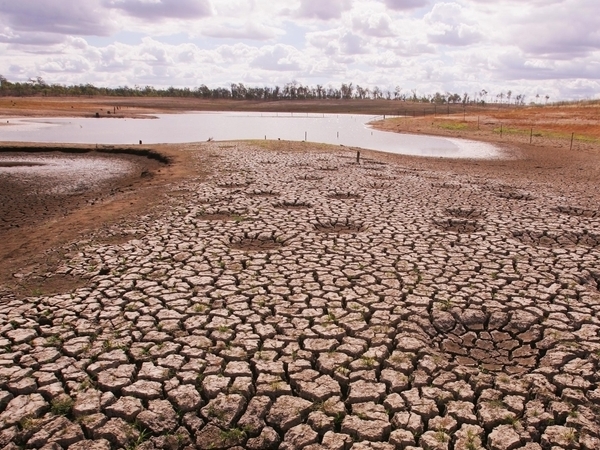 That age-old journalistic ethos: balance. Reporting which does not meet this criterion should be marked as an opinion piece, or risk being labelled as biased advocacy work. But what are the intricacies of seeking this balance when it applies to science journalism?

Climate change is at the forefront of many social and political discussions and needs to be explained clearly to the general public. They hold the voting power with which governments decide how we treat, act and educate ourselves on this international scientific issue.

At a workshop held in September 2014 organised by the Environmental Law Institute (ELI) in the USA, a group of journalists were surveyed on climate change. Less than 10 per cent professed scepticism about global warming and yet more than a third said the reporting needed to reflect all sides of the debate.

As for the reality of this debate in the scientific community? A report released in September 2012 – two years previous – by the U.N. Intergovernmental Panel on Climate Change (IPCC) concluded with 95 per cent certainty that climate change was a real issue and the trends since 1950 were predominantly due to human activity. Additionally, studies of peer-reviewed scientific literature show at least 97 per cent of the scientific community endorse that position.

The scientific consensus is overwhelming and the sceptics are in vast minority. Yet journalists still want to give an equal voice to that minuscule fraction in an effort to remain impartial.

The desire for this journalistic impartiality has created false-balance in the reporting of climate change, distorting the accuracy of the debate and the science in the minds of the public.

How does false-balance manifest itself?

The first way is if the balance in the media is so thoroughly skewed relative to the evidence that the audience is shown a falsified representation of the scientific discourse. This is particularly the case in mainstream media, where an apparently even debate can engage and attract viewers regardless of the true weight of opinion.

Likewise, biased reporting gives voice to the sceptics but such coverage does not reflect the real spread in scientific opinion. Andrew Bolt, noted right-wing commentator, may pose engaging questions but he persists in defending wrongly interpreted data after being corrected multiple times on his own broadcast.

The effect? In 2011, Yale and George Mason universities surveyed the U.S. public, asking what percentage of climate scientists were in agreement that climate change was happening (let alone linked to human activity). As we know, the answer is about 97 per cent. Thirteen per cent answered correctly. However, 23 per cent thought the number was between 41 per cent and 60 per cent. This shows how false-balance in coverage has led to a high percentage of people wrongly thinking that the climate change debate is split into two evenly matched sides.

The second way is if false information is presented or a platform is given to unqualified voices.

Following the 2012 IPCC report, producers of the BBC World at One program tried to find an expert with opposing views to appear on the show but could not find any qualified scientists willing to do so. They turned to Australian Bob Carter, a retired geologist. As reported by the Telegraph: “Mr Carter described the findings of the most authoritative report ever undertaken into the science of climate change – put together by hundreds of scientists around the world – as ‘hocus-pocus science’.”

This, alongside countless more examples which included bloggers, children’s show hosts and lobby group campaigners voicing their opinions on air, led the BBC’s governing body to release an update to a 2011 parliamentary report which criticised the network for false-balance in its science reporting. The BBC Trust stated that an “over-rigid application of editorial guidelines on impartiality” had caused producers to give too much weight to non-contentious arguments.

As a result, the updated report requested over 200 staff and journalists attend workshops and courses on false-balance in an attempt to stop them giving “undue attention to marginal opinion.”

Is it an ethical issue to limit the voices of the sceptics?

Each news outlet abides by its own guidelines as well as the rules that constitute ethical and legal journalism. Whether or not the BBC has a right to ignore the sceptic minority is an ethical debate worth having. It can be argued it goes against not only balance in reporting but also freedom of speech.

Regardless, in this social media age everyone has the platform and sceptics will always have the means to express themselves.

Leading science communicator and astrophysicist Dr Neil deGrasse Tyson has said regarding this issue: “You are free to be ignorant in the world of freedom of speech. You are free to write whatever you want. So doesn’t it come down to, in the end, making sure in the face of the misinformation and the disinformation that there is the accurate information that’s out there that’s indeed accessible? All I can say is that if we get people producing content that is so compelling and that is so interesting, that you gravitate to that.”

Expanding on this idea, Professor Jeff Jarvis, journalism professor at New York’s City University, told Dr Tyson: “It is your responsibility to blog more so you rise up. Put more good stuff on to drive the bad stuff down.”

The idea is simple. Use journalistic platforms and principles to not only continually disprove and halt the spread, but also make your content more appealing to the wider public. If your content is evidence-based and you give accurate weight to the current scientific discourse, then it’s truthful and objective.

Firstly, make your process clear. Professor Judith Curry, reporting on the ELI workshop, said it was the journalistic perspective that science reporting should be researching “explanations and explaining which are probable and why some are wrong or unlikely,” and “reporting potential sources of bias of those advocating for particular explanations”.

Ensure your sources are qualified experts: they need to be published in scientific peer-reviewed journals in the relevant field of your story. If you cannot obtain a qualified speaker, explain this to your audience.

The public must be able to answer basic questions:

* Where have you sourced your information?

* Are those giving views qualified?

* How much weight can be given to their words (source of bias, relative to scientific discourse, etc.)?

In an interview on StarTalk Radio, former CNN science journalist Miles O’Brien explained how CNN closed its science division in the late 2000s when their sponsorship for the science segment ended. After leaving the company, unqualified presenters reported on major scientific events with no knowledge of terminology and process, thereby not fulfilling the prerogative of science journalism in educating their audience.

It’s the media outlets’ responsibility to ensure they possess qualified experts in both advisory and correspondent roles. Another outcome of the 2011 report on the BBC was that it hires a dedicated science editor to oversee the science reporting.

It can be tricky as a science journalist to produce balanced reporting, especially considering the ethical questions posed. But as Katrina vanden Heuvel wrote for The Washington Post concerning climate change: “If the scale tips in favour of the truth, that’s not imbalanced reporting. That’s journalism.”

Max Robins is a second-year Bachelor of Media and Communications student at La Trobe University and a freelance project manager. Follow him on twitter: @robinsmax.