Alastair Clarkson and a number of former Hawthorn coaches have been met with some serious allegations. 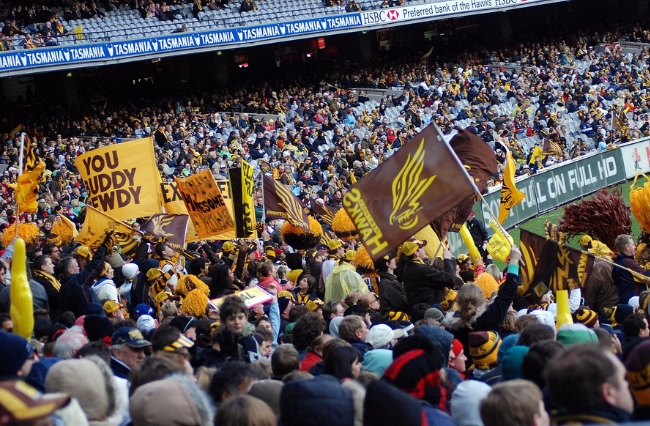 Over 20 First Nations players were listed by the club during the period of the review, with three of those players and their families interviewed by ABC Sport in an article released this morning.

The families’ names have been changed in the article due to their complex mental health challenges and to protect their children.

While these stories are currently allegations until all investigations have concluded, they are extremely serious and should be treated as such.

So, what are the allegations? What has the response been? Let’s break it down.

In Ian’s early days at Hawthorn, his partner Amy suffered a miscarriage.

So when Ian informed the Hawthorn Football Club that he was to become a father, with Amy falling pregnant again, it should have been an emotionally charged, but joyous moment.

The alleged response he received, from senior coach Alastair Clarkson and other Hawthorn coaches, was to “get rid of” his partner as well as his unborn child and move into the home of an assistant coach.

Ian said he was then convinced to remove the SIM card from his phone so he couldn’t contact his family.

He was able to make a call to his partner Amy, but only to basically say that their relationship was over, and the pregnancy needed to be terminated.

Amy didn’t terminate the pregnancy, but for the following five months, the only contact she had with her partner was to email him photos of the unborn child.

Hawthorn allowed Ian to return to his family after five months away. Following the birth of his first child, only six months later Ian and Amy were expecting again.

This time it was all too much for the couple, and Amy terminated the pregnancy with Hawthorn’s previous actions a major factor in the decision.

“Hawthorn says it’s the family club. Yet they tore ours apart,” she said.

After a few seasons at Hawthorn, Zac alleges that he was pulled aside by Hawthorn officials’ Alastair Clarkson, Chris Fagan and Jason Burt in a meeting where he was told to break up with his girlfriend Kylie to get the most out of his AFL career.

Despite Kylie being seven weeks pregnant, the club stood firm on its stance.

Zac and the group of coaches then arrived at the couple’s home, where Clarkson allegedly informed Kylie that her and Zac’s relationship had ended, and they wouldn’t contact each other from this point forward.

Zac’s phone number was then changed, and he was relocated to Jason Burt’s house.

Kylie wasn’t able to contact Zac in the following weeks, where she lost the baby and felt “lonely and lost” while in the hospital bed.

Zac says he found out at training, where Burt told him that “Kylie had a miscarriage but don’t worry, she’s fine and has good support”.

Liam had only been at Hawthorn for a few weeks when his partner Jacqui gave birth, but the club allegedly didn’t allow the family to visit Melbourne until four months later.

Liam says the club thought that his partner and child would be a “distraction” that he didn’t need.

Eventually, Jacqui and the baby moved to Melbourne to be with Liam, but he said Hawthorn made attempts to stop the move and were judgemental.

“The club suggested that my family were the sort of people who couldn’t afford to rent a house in Melbourne,” he said.

Hawthorn allowed a 10-day stay for the family, but when that time came to an end, Jacqui and Liam wanted the family to stay together in Melbourne.

The club said no, and once the family was separated again, Liam was involved in a meeting where Hawthorn told him that he had “failed a test” by putting family before football.

In his second season at the club, Jacqui was able to join Liam, but soon after he was delisted and his mental health spiralled, attempting suicide five times.

“Hawthorn was nowhere to be seen,” Jacqui said.

What Hawthorn and the AFL have said

Hawthorn released a statement, but not an apology, this morning.

“Earlier this year the Hawthorn Football Club engaged external First Nations consultants to liaise with current and former First Nations players and staff to learn more about their experience at the club,” the statement read.

“This important work has raised disturbing historical allegations that require further investigation. Upon learning of these allegations, the club immediately engaged AFL Integrity as is appropriate.”

“The club will continue to provide support to those who have participated in this process, and their wellbeing remains our priority.”

The head of the AFL Gillon McLachlan also fronted the media this morning, saying an independent panel would be appointed to look into the matter.

“These are serious allegations. It is important that we treat them appropriately while also ensuring a formal process provides support to those impacted and also natural justice to those people who are accused,” McLachlan said.

“This is a process that is appropriate, that is held independent of a normal AFL integrity department response.

“As such, we are appointing an external independent panel that will be made up of four people, led by an eminent king’s council.

“The independent panel, that we will finalise over the next 24 hours, will be appropriately skilled, have the right mix of diversity and an approach that prioritises cultural safety for all those who have shared their experiences.”

Investigations will continue, including from the Hawthorn Football Club and the AFL’s independent panel.

The Herald Sun is reporting that Fagan is “devastated and blindsided” by the allegations and has “no knowledge” of the alleged meetings he was involved in with the former Hawthorn indigenous players.

Fagan has taken a leave of absence from Brisbane so he can fully cooperate in the investigation.

There is a similar case study to this investigation, with Collingwood’s ‘Do Better’ review leading to Eddie McGuire’s resignation as Collingwood president.

North Melbourne Football Club are yet to make official statements.

For anyone affected by this story, please contact the following numbers:
First Nations Dedicated Support Line: 1800 861 085
If you need help in a crisis, call Lifeline on 13 11 14.
For further information about depression, contact beyondblue on 1300 22 4636 or talk to your GP, local health professional or someone you trust.
For pregnancy and infant loss support, contact Bears of Hope or Sands.

PHOTO: Hawthorn supporters come out in force to cheer their team, the Hawthorn Football Club, on, at the MCG by Tom Reynolds is available HERE and used under a creative commons attribution. The image has not been modified.