Britney Spears’ father has been removed as the conservator of her estate. 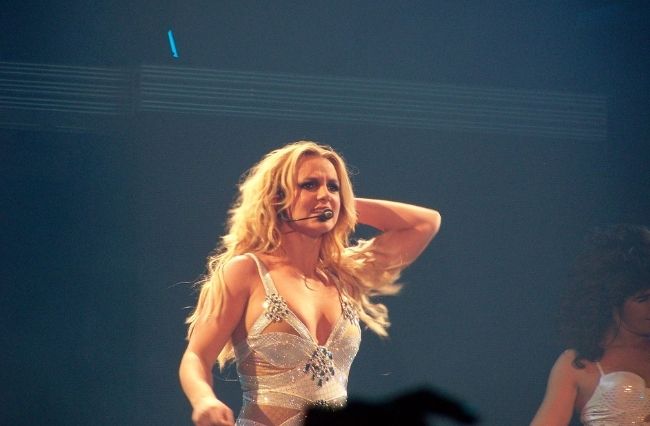 A decision in a Los Angeles court has seen Britney Spears’ father, Jamie Spears, suspended as the conservator of the singer’s business and financial affairs.

“The current situation is not tenable. It reflects a toxic environment which requires the suspension of Jamie Spears effective today,” Los Angeles Superior Court Judge Brenda Penny said during the hearing on Wednesday.

Jamie Spears has been in control of the conservatorship since it was written up, 13 years ago.

The US pop star has been moving to dismiss her father from the role and this year called for him to be charged with “conservatorship abuse”.

“I want to end the conservatorship without being evaluated,” Britney told a Los Angeles court in June.

“This conservatorship is doing me way more harm than good. I deserve to have a life.”

Spears says she has been forced to work against her will, and had her reproductive rights blocked by the conservatorship.

Spears’ career and life have been in the hands of legal guardians since 2008, when the conservatorship was created.

The court-ordered agreement gave her father complete control over her estate and personal life, after Spears had a public mental health crisis.

Judge Penny’s decision may bring to an end the long running, turbulent journey for Spears.

What is the conservatorship?

A conservatorship is put in place for individuals who are mentally unsound, and unable to make their own decisions. This is normally the case for people with mental illnesses such as dementia.

There are two parts to the Spear’s conservatorship: one for her estate and financial affairs, the other for her as a person. Under this conservatorship, Spears has had no control over her finances since 2008.

Jamie Spears was named conservator for the entire agreement at its creation, however, stepped down from controlling the personal side of the conservatorship in 2019 for health reasons.

The New York Times obtained documents showing just how deep the conservatorship ranged, controlling all aspects of Spears’ life, from who she dates to the colour of her kitchen cabinets.

Judge Penny allowed Spears to hire lawyer Mathew Rosengart in July, and has since been pushing aggressively to remove Jamie Spears from the controlling position of the legal agreement.

In June, Spears made an emotional plea with the court, claiming the conservatorship to be abusive and overly controlling.

“I feel ganged up on. I feel bullied and I feel left out and alone”, she said.

“I didn’t know I could petition the conservatorship to end it. I’m sorry for my ignorance, but I honestly didn’t know that.”

2007: Spears was hounded by paparazzi during a bitter custody battle with ex-husband Kevin Federline, fielding allegations that she was an unfit parent, questioning her mental health.

2008: Jamie Spears is named conservator, following multiple stays in hospital and rehab facilities. The agreement was originally temporary, but was extended indefinitely later in the year.

2013: Britney Spears begins a four-year Las Vegas residency. Despite being unable to handle her own business decisions and career direction, Spears continues to work, and rehabilitates her image with a successful seventh studio album and concert residency in Las Vegas.

2019 – 2020: Spears announces she is taking a break from her work, because of her father’s health issues. Later in the year, Jamie Spears temporarily removes himself as conservator, citing these issues.

A lawyer says Britney was “afraid of her father”, and will not return to the stage while he retains control of the conservatorship, indicating she no longer wants her father to be involved in her career.

2021: Numerous documentaries on the conservatorship and its history are released, including “Framing Britney Spears”, and the more recent Netflix production “Britney v Spears”.

June – July 2021: Britney makes public comments on conservatorship, in explosive court testimonies. Allegations include that she was drugged, forced to perform against her will and prevented from having more children under the legal agreement.

August – September 2021: Jamie Spears says he will step down as conservator “when the time is right”, and agreed to participate in an “orderly transition”.

Why was the conservatorship put in place?

Following continued public hounding and harassment, Spears suffered a severe public mental health crisis in 2007, making headlines for hitting a photographer’s car with an umbrella and shaving her head.

The following year, she was admitted twice to hospital under a temporary psychiatric assessment ruling.

Around this time the conservatorship with established, and has since continued for more than a decade.

Since then, Spears has released three studio albums, completed a successful Las Vegas residency and appeared on the US X-Factor as a judge, along with other numerous television appearances.

In 2018, Business Insider reported Spears’ net-worth to be around $59 million, and spent up to $1.1 million on legal and conservator fees.

What is the #FreeBritney Movement?

The Free Britney movement was launched in 2009, but had a resurgence in support after a “Britney’s Gram” podcast episode, where a lawyer that was previously part of the firm overseeing the conservatorship, anonymously commented expressing concerns about Jamie Spears controlling specific aspects of Britney’s life.

“I want her to be able to speak freely from her heart,, and I’m praying that the judge actually listens,” said Junior Olivas, a #FreeBritney advocate, before the hearing on Wednesday.

Since the decision to suspend Jamie Spears from controlling the conservatorship, the tag on social media has exploded with well wishes and celebrations. This included posts from Spears’ fiancé, Sam Asghari, posting “CONGRATULATIONS”, to his Instagram stories, and a photo of Britney’s hand holding a pink rose.

Fans were outside the court on Wednesday, and had been gathering for hours before the proceedings began.

“We’re making history right now,” Martino Odeh, who had travelled all the way from Phoenix said.

“And the fact that we could change [her] life, [after being] robbed of her rights for 13 years, is crazy. It’s monumental.”

Alongside her comments in the hearings, Spears has endorsed the #FreeBritney movement, in a statement from her lawyer last year, saying “Britney welcomes and appreciates the informed support of her many fans.”

Jamie Spears has dismissed the wide public campaign for Britney as a “conspiracy theory”.

Typically, it is difficult to remove a conservatorship once it has been set in place, however, due to Britney’s own testimony, there appears to be strong support for ending the agreement.

A potential termination plan may be heard by a judge in November, however, it is unclear how the following months will play out.