The small town near Geelong has had homes evacuated amid fears of fires spreading. 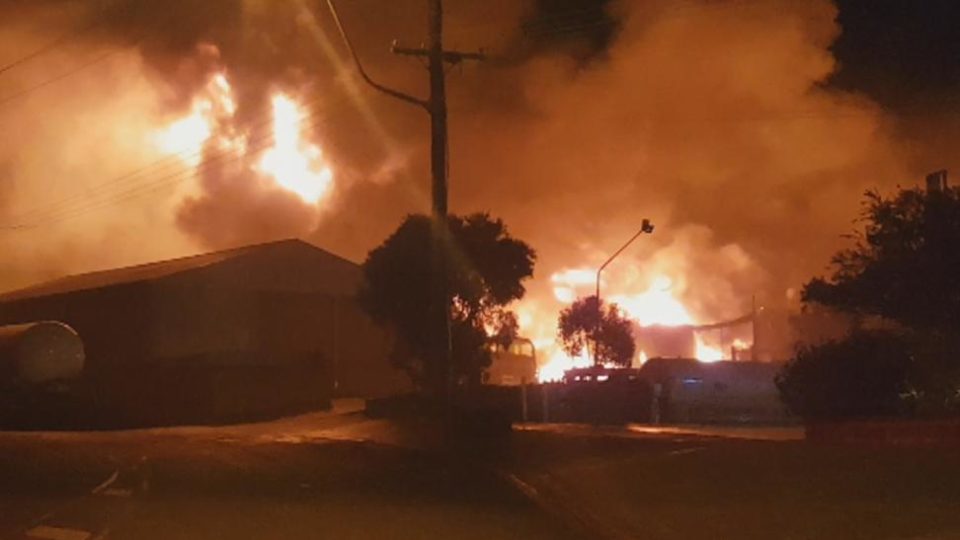 Fires erupted at a Drysdale petrol station over night after an explosion destroyed several vehicles.

Firefighters were called to the corner of High and Bridge Street at 12.45am on Thursday morning, where it is believed hundreds of LPG cylinders were destroyed.

Nearby homes were immediately evacuated and it took firefighters several hours to control the blaze.

According to the ABC, the CFA (Country Fire Authority) said the fuel tankers were carrying diesel and unleaded petrol, and some of it leaked onto the ground and caught fire, making the situation worse.

The fire was brought under control by crew members at around 5am.

“There have been some significant losses on site but thankfully no one has been injured. 35 properties were evacuated and 50 residents were re-located to a local evacuation centre.

“It is still an exclusion zone.  MFB (Metropolitan Fire Brigade) will be using their drone to check for cylinders around the area and SES will conducting an impact assessment and checking homes.”

Local resident Gordon Jeffery was the first person to notice the flames.

“I’d seen the shed on fire and didn’t know what to do. I didn’t have my mobile phone, so flew around to the guy up the road and woke the bloke up the road who works here,” he told Today.

“He came flying out and that time she was well alight.”

Wendy, another Drysdale local, has been left frightened after the blaze.

“To see all this fire, flames, just down the road from us billowing smoke, you know just thick black and then just like gas cylinders burning and exploding. It is pretty frightening. I am just shaking,” she told 3AW.

Brendan MacDonald, who is the captain of the Drysdale CFA, said that they are still trying to work out the reason behind the fire.

“It’s been extremely difficult with the amount of gas cylinders on the premises,” he told Sunrise.

“We had to evacuate nearby residents due to the exploding cylinders that were exploding up into the air.”

11 CFA vehicles were in attendance and crews will continue to work on the scene throughout the day.

“The cause of the fire is unknown at this stage but we will be conducting an investigation sometime today.”