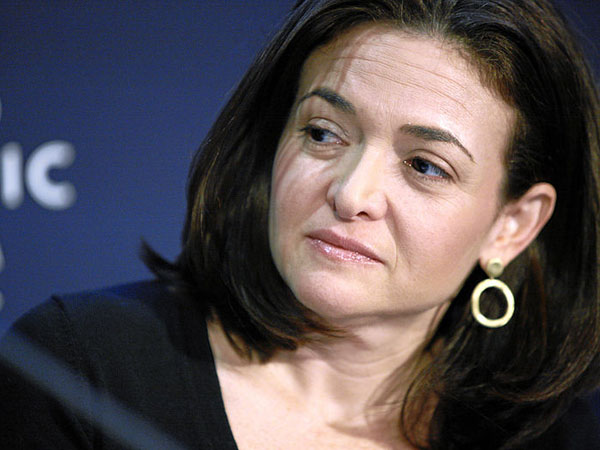 Is the fight for feminism over?

Earlier this year many echoed this sentiment. They believed that the feminism struggle was no longer needed. Their battle had been won – they had obtained the vote and equal pay. A study by the largest women’s website in the UK, Netmums, found that only fourteen per cent described themselves as a feminist and one in five women believed feminism is no longer relevant.

But, is this the case? Have we really achieved gender equality?

Pondering this dilemma is Sheryl Sandberg, the only female executive at Facebook, and author of the contemporary ‘feminist manifesto’ Lean In: Women, Work & the Will to Lead.

To some it may appear that sexism is an outdated issue. Yet, in the business world, women still remain very much short-changed.

According to Sandberg, women are being held back by patriarchal dominance and old-fashioned gender values that suggest a woman’s job is to be at home.

“I believe the world would be a better place if half our companies and half the countries were run by women, and half our homes were run by men. This is about believing in yourself,” says Sandberg in her book Lean In.

From Sanberg’s perspective, it remains the norm in public discourse that women should make sacrifices in their careers and substitute family for ambition.  Men, however, aren’t held equally accountable for their family. The traditionalist idea of men as the financial-providers and women as the family-makers still clings to modern society.

It is this unshared sacrifice that Sandberg believes stops women from pursuing their career to its highest possible potential.

But despite worldwide calls for action, sadly feminism has become stigmatised and is seen as somewhat of a ‘dirty word’.

Unlike the bigotry of racism and homophobia, the problem with sexism is that some believe it is a battle that has already been won. However, despite progress made in the late 1800s for the vote and then in the 1960s for equal pay, it is no longer an issue of legislation but of culture.

According to Sandberg, change will require a re-learning of the power structures that frame how a woman perceives her position within a society, structures that have been largely shaped by men in the past.

Sandberg encourages women, as the title suggests, to start ‘leaning in’ instead of ‘leaning out’. This simply means that women have become too complacent. Rather than leaning out towards child care and domestic duties like former generations, they should be leaning in to further career prospects.

The female Facebook executive also says that the promotion of gender equality is not just in women’s hands, but also in the hands of the society and culture that surrounds us.

In Australia, we are lucky to be governed by one of only 17 female heads of state and also boast some of the richest women in the world. But this, however, does not mean that our nation is miles ahead of our international counterparts in terms of gender equality.

Just like in corporate America, where sexism is rearing its ugly head, Australian women are also suffering from an unequal distribution of power.

According to the 2012 Australian Census of Women in Leadership survey, only nine per cent of executive positions among the Australian Stock Exchange‘s 500 companies in Australia are held by women. While out of the entire 500 companies surveyed, only a mere 12 had a female as the CEO.

Australia is still far from a perfect gender-balanced utopia.

But Sandberg is taking action to rectify this inequality. She is currently donating all profits made from Lean In to her newly established charity LeanIn.org – an inspiration and support group for women to achieve their goals – with loyal devotees such as Oprah Winfrey, Reese Witherspoon and Laura Bush.

With her book already a best-seller in the United States within just days of its release, and already being translated into 20 different languages, hopefully it won’t be too long until Sandberg-fever reaches our shores and enters Australian women’s minds as well.

And maybe one day the message will be that a woman’s ambition won’t be oppressed by their gender, but rather empowered.