Recently, 75 people protested at Facebook HQ in Menlo Park, California, over the issue of anti-Semitism and Holocaust denial on its platform.

Working in the area of online hate for the past eight years, Dr Oboler’s extensive knowledge of anti-Semitism led him to fight online attacks against indigenous Australians, Anzacs and military veterans, and Muslims. 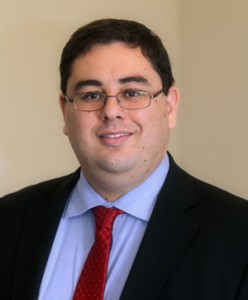 What made you want to begin Online Hate Prevention Institute?

In general, there is no real global focus on online hate. Groups including aboriginals and people with disabilities are being targeted and there’s no one covering it. Given this reason, I feel an obligation to continue with my work.

How do you deal with offensive online hate issues when sites are reluctant to ban groups because their views are provocative?

Facebook are relatively good at removing comments or images targeting individuals but it’s much more difficult to get rid of things that are targeting groups. If there’s hate speech on a social networking site and it’s reported to the company and they remove online hate content, then the system is working the way it should.

OHPI step in when online hate is reported to the company and the company don’t want to remove it. In turn, we create reports, run campaigns and try to talk to the company about it. We also endeavour to get public backing to try and cause change.

How can cyberbullying be addressed?

Education is certainly part of the solution but it’s not the whole solution. We need to have more investment and effort on monitoring and getting offline responses. Although it’s a real problem, cyberbullying isn’t just schools kids bullying each other online.

There are also older, professional bullies who attack people. This is someone who repeatedly tries to cause emotional harm and sometimes tries to lure others into physical harm. At this point, it’s no longer a social networking problem, it’s a problem for police and for the government to step in and make sure it’s stopped.

What role can social media play in identifying bad behaviour?

It certainly exposes the problem, where if people are being filmed they might be inclined to stop their misconduct if caught early enough. Sometimes people like to keep out of a situation, thinking it doesn’t affect them, so I think in that sense people using social media helps.

It’s valuable that people stand up and say something, to try and stop the incident itself.

What are the dangers of social networks that facilitate hate speech ?

Mainstream social media platforms facilitate hate speech when they don’t stop it. Social media networks have a very powerful communication platform and if they allow it to be used for evil effectively, then that puts the public at risk.

When it’s out there in the public sphere it puts more people at risk to accepting the hate, and also deciding that the hate is just a normal part of the discussion. This leads them to being people who just stand there, accept it and don’t say anything, and that sort of harmful behaviour becomes normalised.

What are the main findings in OHPI’s report focusing on Islamophobia on Facebook?

The report, due out in November, addresses the fact that there’s a lot of it which is specifically Australian. We’ve divided the report with about seven different types of hate. Some of the content threatens violence against Muslims – for example, people talking about how it would be funny to put a Muslim on fire.

We’re in the process of going through 50 Facebook pages. So far we’ve gone through 25 and from those 25 pages we’ve looked at, to this point, we have about 150 examples of online hate.

Once it’s been identified, we’ll ask Facebook not just to shut down the pages but remove all copies of the same content which can be a challenge.

Do you think social networks should be accountable for online hate comments?

Social media networks should be accountable for having adequate systems, procedures and policies, and responding to them.

How can the public help to combat online hate?

People can join in on our campaigns and petitions by joining our Facebook page, as we run various campaigns and release new reports.

If people see online hate, we encourage them to report it. If it gets reported and becomes rejected then please talk to us.