The food voucher program had to stop as the town hall was surrounded by thousands of international students in need of assistance. 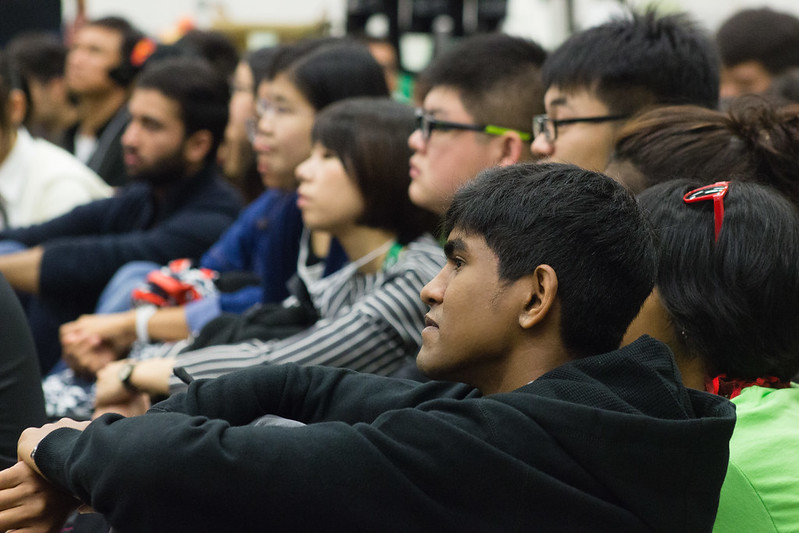 The program began on 18 May and 17,000 students applied within 36 hours.  Due to the overwhelming number of applications, the Melbourne City Council had to close further applications in the following days.

Twitter user Asanka Brendon Ratnayake posted this video of the line of students waiting for vouchers.

To give some idea of how long that line of international students in #Melbourne lining up for Food vouchers was. pic.twitter.com/kAMLphponH

Community activists and fellow students have also been jumping in to assist students. Rajbir Singh Randhawa is an international student who organised a WhatsApp group of 200 fellow international students, and gave away food to 52 students who are studying “far from their homes” and not receiving assistance from the Australian government, Amaal Mohamud reported.

“Don’t worry I am with you; we all are with each other. We are the winners; we are the fighters who choose the life of hard work and left our homes and families back there to start here from scratch,” he said in his Facebook post.

A $45 million International Student Emergency Relief Fund was announced by the Victorian Government on 21 May and universities started assessing applications as students submitted forms including a statement of hardship. La Trobe University’s Emergency Bursary has received more than 5,000 requests for assistance since 26 May.

Lord Mayor Sally Capp said the ‘Our Shout’ retail voucher program supports international students affected by job losses and housing insecurity with access to vouchers worth up to $200 each to spend at Queen Victoria Market.

“We are a caring city and we need to look after each other. We know many students are isolated and far from home. We have a responsibility to make sure they can make ends meet and continue to feel welcomed and included in our community,” she said.

Photo: Fall 2015 International Student Orientation by University of the Fraser Valley is available HERE and used under a Creative Commons Attribution. The image has not been modified.