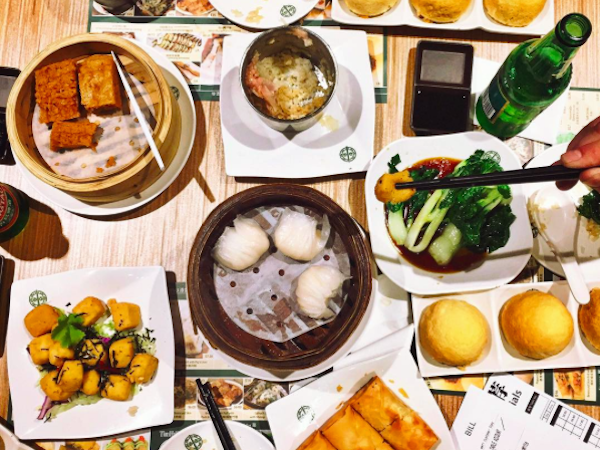 It’s undeniable, Melbourne is in love with food. For many, Sunday is synonymous with brunch, especially in the city and inner suburbs, where the most popular cafes can attract a queue for a table. We’re obsessed with increasingly complex dishes being served up for us to savour. It’s come to the point where even the beloved smashed avocado has been hailed as the downfall of millennials looking to get into the property market.

For the foodies of Melbourne, the cafe culture of brunch equates to a decadently beautiful plate being laid graciously before your eyes. Even more common is the unspoken tradition of immediately whipping a phone out to snap a pic of the photogenic plating.

It’s not an unfamiliar scene. With three hundred and thirty thousand posts on Instagram tagged #MelbourneFoodie and counting, it’s clear that the worlds of social media and cafe culture have combined and developed a somewhat symbiotic relationship.

Amongst the flurry of social media users, there are those who specifically dedicate an online account to what they eat and where. Such accounts, if managed well, rake in thousands of followers, with users browsing for inspiration on where to dine next.

“I work full time, so Instagram is more as a networking platform and a creative outlet, rather than a source of income,” she tells upstart. 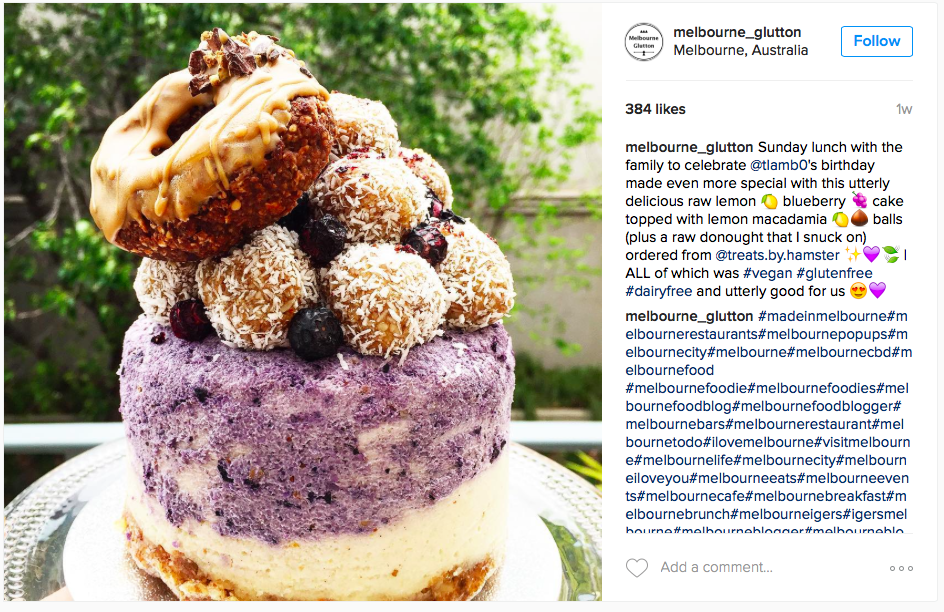 She began using Instagram in December 2015, and since then has amassed over 11,000 followers on her food account through posting photos from local cafes and restaurants.

“It certainly feels like quite a close knit community,” she says.

“Especially so within the sub-segments, i.e. foodie, fashion, health/wellness etc.”

In her experience, the most common form of initial contact is not between the Instagrammer to a business, but rather through emails from marketing and PR agencies. Afterwards, a visit and tasting is arranged, followed by the final photo that is seen online.

Arrangements like these are becoming increasingly popular with cafes and restaurants, with some visits involving multiple individuals all with their own successful online accounts. Other cafes however, are taking social media into their own hands.

Long Story Short in Port Melbourne has it’s own Instagram account, with over fifteen thousand followers. The account specifically posts photos of meals from their cafe, either through re-posting photos taken by others, or photos the cafe has taken itself.

Ly from Long Story Short says the cafe knew to use Instagram from day one back in August 2015.

“The decision was due to the current trends of the Melbourne food scene and many people now eat with their eyes and are influenced by what they see on Instagram,” she tells upstart. 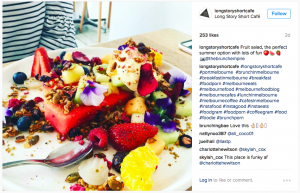 “Both paid and unpaid [Instagram posts] can be very beneficial to any business. Some Instagrammers are very influential, have huge/loyal followings, and can generate a huge impact on certain products and services.”

It’s their view that paid Instagrammers can work really well when used strategically and with measurable outcomes, otherwise it’s “a big waste of money”.

“Instagram allows people to share their experience which in turn generates further awareness for your brand. It is a tool which is used to promote positive experiences (rather than complaints) so as a result, all parties involved generally reach a good outcome,” Ly says.

The effect that Instagram has had on cafe culture is undoubtedly here to stay. Potential customers are now able to eat with their eyes, with the never-ending stream of dishes on offer appearing on their newsfeed before they even realise they’re hungry.

Both businesses and Instagrammers have what would appear to be limitless positives to gain, in a win-win situation that feeds the cafes, restaurants, Instagrammers, and customers (quite literally). The only ones who stand to lose are the businesses that don’t take up the opportunity that social media is handing to them.