With over 40 years of activity, Enker has experienced all the highs and lows of the journalism industry. 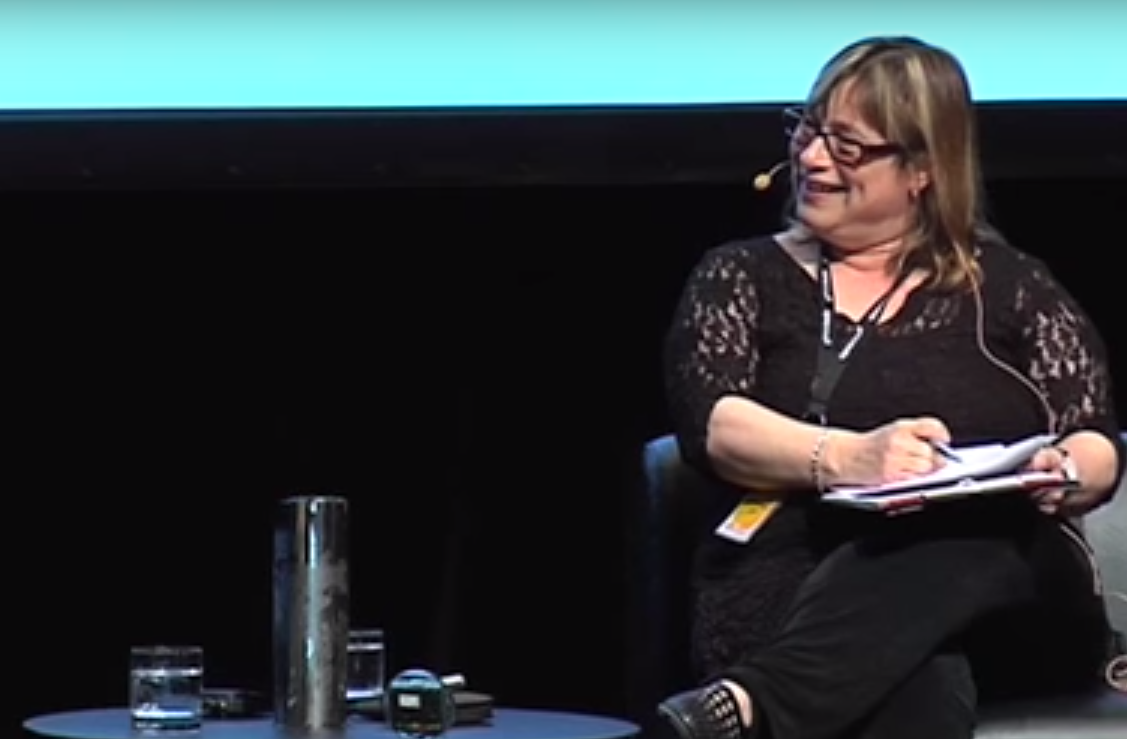 When I meet Debi Enker, renowned TV and film writer, in a café in Windsor, she has already done a thorough stake-out of the venue for a quiet nook where we can chat. It helps when the person you’re interviewing has a vast experience in conducting interviews and understands your needs precisely.

With a career spanning 40 years, Enker is currently a freelancer, and writes on TV for The Green Guide, a long-standing supplement to Thursday’s edition of The Age. Every second week, she writes the weekly column Hindsight, alternating with Craig Mathieson, TV and film critic for The Age. Together, the duo provides a detailed look at what’s interesting and exciting in the world of TV.

Enker also contributes to the Preview section, which comprises succinct reviews of upcoming programs, and writes the occasional cover story, where she can put those well-honed interviewing skills to work.

Over the last 20 years, newsrooms have been shrinking and journalists laid off as a result of cost-cutting measures. Just weeks ago, long-standing regional news service, WIN News, announced it was closing down several newsrooms.

“The freelancer curse is you worry that next week it will all disappear,” Enker tells upstart. “That kind of anxiety about it just going up in flames is very real for me.”

Over the years, Enker has worked freelance and staff positions as both writer and editor. She says her 15 years at Fairfax became increasingly stressful.

“It was very difficult working there,” she says.

“You were being asked to do more and more, to meet deadlines that were a lot faster. There was no thinking time, and if you managed to get something done, nobody had time to acknowledge it apart from the editor, and then it was on to the next thing. It was a real treadmill. Relentless. I didn’t cope with it.”

Knowing it wasn’t going to get any easier when Fairfax offered her a “sea-change package”, Enker knew she had to make a choice about her future at the company.

“It was a real struggle for me to decide to leave,” she says. “It wasn’t easy. I was scared of the insecurity and I went through all this indecision”.

“I left with a sea-change package where you’re contracted to do a certain amount of stories per year and they pay you a certain word rate for them. I had a four-year contract with them but that expired about six years ago so I’ve been a freelancer for them since.”

When I ask Enker whether this provides enough income, her high-shrill laughter says it all. Despite the fact she’s a senior, well-respected writer, she is still paid a word rate (an amount paid per word) that has been slashed by 40 percent.

“It’s very much an environment of ‘this is what we can pay – take it or leave it’,” the journalist says. “Nobody I know does this sort of job for the money.”

But Enker’s passion and dedication remain steadfast. There is a real search for meaning in her writing. An attempt to dig under the surface of marketing and hype to understand what makes a show immensely popular or artistically unique. When I ask her if it’s worth analysing TV shows, she responds immediately.

“If you’ve got three million people a night watching reality TV shows on three different free-to-air networks, that’s a lot of people…I’m interested in what it is that appeals about that sort of show as a program, as a format and about particular ones in relation to others, why some are more popular than others.”

“This is for The Voice and My Kitchen Rules and MasterChef as well as True Detective or Baptiste, which I’ve just watched and is terrific. They’re a major part of our culture and, as such, they’re worthy of examination.”

According to Enker, quality can apply to a game show as much as an accomplished drama.

“There are people who understand the conventions of reality TV and how to tell stories in that mode, how to cast it, how to cut it, how to use the music, and some of them are much better than others. I do know why MasterChef is better than My Kitchen Rules, I get it!”

Each week, The Green Guide aims to cover the gamut of TV, from free-to-air to streaming services to Pay TV. The editor, Paul Kalina, works in consultation with Enker and Mathieson to determine the focus of the weekly Hindsight column. He may suggest an idea or will be open to one of theirs. As a result, Enker is in the relatively privileged position of being able to pitch an idea she is passionate about for her bi-weekly Hindsight column and usually gets the green light, provided it doesn’t double up on copy elsewhere.

At 800 to 900 words, it is an in-depth analysis of one aspect of present-day TV – whether it be a significant theme, a standout show or a new direction for a network. While writing capsule previews of upcoming shows is straightforward, writing the column is challenging.

“The short previews, I can knock off pretty quickly,” she says.

“There’s a sort of formula to it. But when it comes to 800 words on an idea that I’ve thought of or that I’m trying to develop or a more considered piece about a particular show or a theme that connects several shows, that’s harder and that takes more work. Sometimes it goes well and sometimes it really doesn’t.”

So in this day and age, how does Enker keep abreast of the latest in TV?

“In a way, I find it easier now than it ever has been because when there were five free-to-air networks and nothing else I still never felt like I was watching everything I needed to see,” she says.

“Now, it’s impossible to see everything. There is so much stuff landing all the time on the streaming services, so many streaming services, so many new producers of content coming into the market as well as the existing ones, you actually can’t see everything. It is impossible. So, in a way, it’s kind of more liberating because you can’t be across everything anymore, and I don’t have an expectation that I should be. I watch as much as I can watch but I can be led in all sorts of different directions and discover interesting stuff so it’s a fascinating time to be trying to cover this area.”