Freakshakes have recently taken the foodie world by storm and it is all thanks to a small cafe in Canberra, writes Molly Hancock. 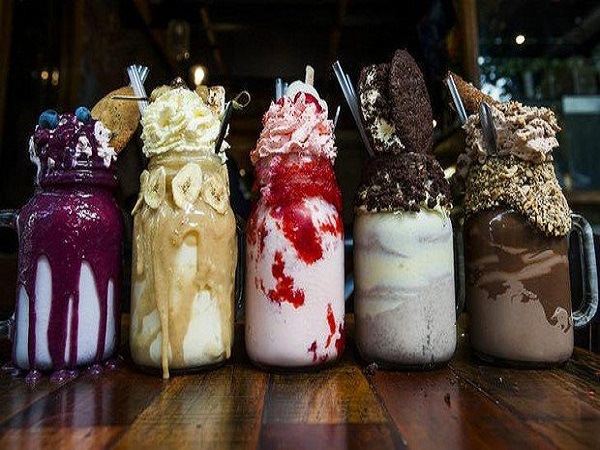 What began as a small regular cafe in Canberra, Pâtissez became an overnight sensation thanks to their creation of freakshakes.

“This little store in Canberra went from selling 20 shakes a week to 200 the next day,” Pâtissez operations manager Lewis Williams tells upstart.

A pronounced foodie, Petridis wanted to make her own exciting creation.

“She toiled around with some ideas of smoothies and then came up with the idea of really pimped out milkshakes and that’s how it happened,” Williams says.

Pâtissez became a sensation after Petridis posted an image of the four freakshakes they were making on social media. It was this moment in time when the world went crazy for them.

“BuzzFeed, MTV America, Good Morning America and the Today Show picked it up, spreading this photo around the world,” Williams says.

Unprepared for the storm of people about to fill their cafe after the image went viral, the team at Pâtissez were left in disbelief, but they continued to keep trying to meet the needs of their customers.

“We are meeting people’s expectations, so when everything went viral we had to make sure everything was consistent. So the same thing you saw on the internet we wanted to deliver,” Williams says.

Not being overly fussed about other cafes adopting a similar concept, Pâtissez thrives off their team of highly trained French pastry chefs and the fresh produce Australia has to offer.

“The brownie you see that goes on some of the shakes, we make it, whereas a lot of other places who make them are just going down to Coles and buying the ingredients – it’s just not the same quality,” Williams says.

With the rapid increase in popularity of the store, Pâtissez decided to buy the rights to the word “FreakShake”, as they wanted to be the best of the best, without the pressure of anyone else having what they have.

Since the opening of Pâtissez in June last year, the cafe has exploded in popularity.

“We have about one hundred and ten thousand followers between Instagram and Facebook…those type of numbers show the demand in how big and popular our product is,” Williams says.

With so much success of the freakshakes in such a short amount of time, Pâtissez has recently opened two new stores in Singapore and Malaysia, with another opening in Bangkok in a couple of weeks and plans to open one in the Middle East next year.

“There is all this demand coming from around the world…so we are happy to grow while we still have the popularity,” Williams says.

“The main thing for us is to continue our expansion and keep this ball rolling.”