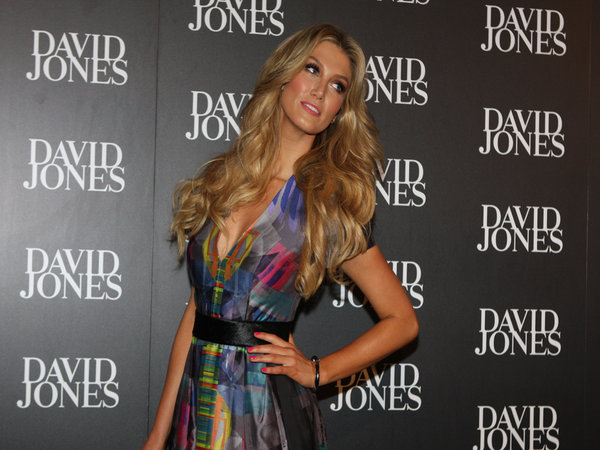 Australia’s golden girl is finally getting her happily ever after by marrying her gorgeous boyfriend, DJ Chris Stafford. Get the details now! http://oak.ctx.ly/r/3mj5i

“Only in this week’s issue of Woman’s Day we uncover the Aussie sweetheart is pulling out all the stops for the wedding of her dreams,” the magazine read.

Goodrem promptly denied these claims and criticised the publication for publishing untrue information.

I cannot believe what I’m reading. Woman’s Day, don’t hide behind a veil of a source that does not exist or clearly has NO access to the truth. This is ridiculous and COMPLETELY UNTRUE.

Woman’s Day is yet to publicly apologise or retract their claims.

The site also received an overwhelming number of negative comments.

Woman’s Day is a tabloid magazine, but do they still have a responsibility to fact check their information?

Journalism lecturer at La Trobe University, Peter Gregory, tells upstart that tabloids operate under the same laws as other publications.

He says that they get away with these stories because celebrities often don’t take legal action.

“There might be a number of reasons why celebrities would not sue over an untrue article,” he says.

“You might give more oxygen to a story over a longer period if you take it to court. Given the number of local and global hard copy and online publications, you might think it’s not worth chasing publishers who are being read for entertainment purposes.”

However, in 2012, Tom Cruise filed a $50 million lawsuit against tabloid magazines for publishing damaging and untrue information.

Life & Style and In Touch magazines claimed Cruise had abandoned his daughter, Suri, following his split with Katie Holmes.

The actor’s lawyer, Bert Fields, said the magazines had published a vicious lie.

“Tom doesn’t go around suing people, but when those sleaze peddlers try to make money with disgusting lies about his relationship with his child, you bet he’s going to sue,” he said.

Both parties eventually agreed to dismiss the case, and Bauer Media released an apology.

“Bauer Publishing, as well as In Touch and Life & Style magazines, never intended to communicate that Tom Cruise had cut off all ties and abandoned his daughter, Suri, and regret if anyone drew that inference from anything they published,” the media group said.

Woman’s Day did not name the sources that provided them with the information about Goodrem. They vaguely referenced “friends” who had claimed the wedding was “months away”.

Gregory says that information from sources should always be confirmed before it gets published.

“Often they’re a starting point. They might alert a journalist to a problem, or provide some evidence about something they have seen,” he says.

“However, if your story is examined in a court proceeding, the fact you thought your source was reliable, but turned out to be wrong, is not going to help you.”

Goodrem isn’t the first celebrity to name and shame the media for publishing untrue information.

Earlier this year, Khloe Kardashian took to Twitter to mock rumours that her sister, Kourtney was devastated by news that her husband was having an affair with their other sister, Kendall Jenner.

I’m really pissed about this whole @KendallJenner and @ScottDisick thing!! Scott, I thought it was you and I that was having the affair! 👿

While Goodrem might not file a lawsuit, she has gained a lot of support in criticising Woman’s Day.

Gregory says that journalists or publications who publish information that turns out to be untrue run the risk of damaging their reputation.

“Reporters who get things wrong regularly will get a name for it. Some are perceived to succeed, but usually that does not happen long term,” he says.