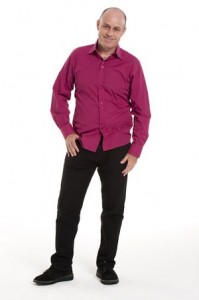 He will be speaking to students enrolled in The Interview, which is taken by journalism and sports journalism students, but offered across the Humanities faculty as an elective.

The lecture will be held at 3.00pm in the HUED Lecture Theatre.  All students are welcome to attend.

Francis began his career at Triple J, where he hosted various music programs before tackling the tough issues on the station’s daily current affairs program, The Morning Show.

He created 774 ABC Melbourne’s When Saturday Comes – a footy show where the only rule was that no footballers were allowed on the program. They spoil it when they talk.

Francis then spent several years as co-host of The Run Home on Melbourne sports radio station SEN 1116. He was also a member of the station’s AFL commentary team and hosted Socceroos and A-League coverage.