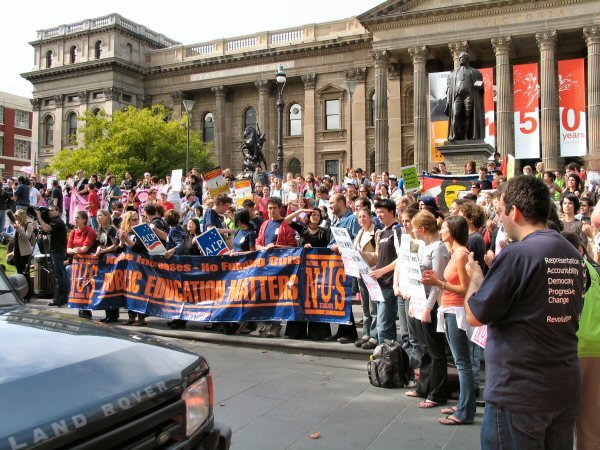 Students would be familiar with the dramatic social impact of the Abbott government’s first budget in 2014.

Since it was handed down in May last year, there has been broken promises, questionable back of house deals and significant public opposition. This has resulted in protests and civil movements, some of which turned violent.

Students trying to enter the Sydney Masonic centre where Christopher Pyne is speaking say they were pepper sprayed pic.twitter.com/Me0ey0C6cc

Many feared that the government’s controversial proposals would go ahead in an effort to bring us back to surplus.

While more unpopular pieces of legislation such as the Medicare co-payment and the paid parental leave scheme were abandoned, it would appear that big changes to education are still on the table.

Minister for Education Christopher Pyne and Treasurer Joe Hockey have maintained that the current model for Australian education is grossly inefficient. They both argue that, in order to increase the availability of higher education to more Australians, a “proper market” must be created.

Members in opposition and independent senators have spoken openly about their determination to see these changes to education scrapped in favour of a more student-minded system. In what appeared to be a bid to save face, the government withdrew the proposed education reforms from the table to focus on other budget matters.

Does this mean that we’ve seen the end of deregulated university fees, or the lowering of the net income threshold for student loan repayments?

Unfortunately, it appears not.

The government has certainly suggested a more public-minded budget will be handed down on 12 May. This includes taxes to big businesses such as Google, who would otherwise funnel off assets overseas, boosts to childcare and the axing of multiple unpopular welfare reforms.

Despite these more positive changes, Pyne recently said that the government intends to continue with the planned changes to higher education.

Hockey has also highlighted a need to rectify higher education. He said that the upcoming budget would still attempt to recoup an estimated $80 billion in savings from both education and healthcare, as was outlaid in 2014.

If the government is dedicated to education reforms, what will be done to ensure that it will be, as they promise, a fair outcome? 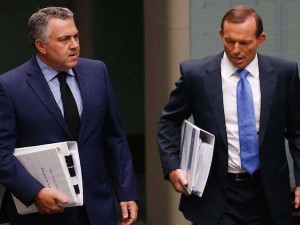 Hannah Smith, Education Officer for the National Union for Students, says there are still concerns over the impending budget, in particular the lack of discussion surrounding education reforms.

“The whole education package was a disaster. Deregulation was the most disappointing thing because it wasn’t actually going to offer the government savings. It was a purely ideologically driven reform,” she tells upstart.

“We have concerns not only with what’s going to happen with education, but also what will happen to welfare and income support which is something that students rely heavily on as well,” she says. “In terms of education, [the NUS] have absolutely no trust in Christopher Pyne to deliver a budget that’s going to be good for students.”

The NUS has planned a national day of action on 20 May in all capital cities to protest the education reforms.

One good outcome from this education speculation is the mandate to make any Australian citizen who is working overseas repay outstanding student loans once they earn above the required threshold.

Pyne suggests this is a necessary move, not just for the government to recover earnings from Australian students who would otherwise “get off scot-free” but also to spare those who take up employment overseas from returning “to a debt that has been accruing CPI rates while they’re away”.

Dr Buly Cardak, an Associate Professor in the Department of Economics and Finance at La Trobe University, tells upstart that adopting this debt repayment structure is a good move.

“This has been talked about for years, and was a bit of a loophole for students who wouldn’t have to repay debt which accrued until they returned [to Australia],” he says.

Cardak says that the government’s approach is overly complex, however, and highlights an alternative solution proposed by leading education economist and creator of the HECS system, Bruce Chapman.

“Bruce Chapman [argues] there is a simpler solution, to include a checked box in the HECS or HELP loans agreement to repay a certain amount of a student’s debt once overseas, say $2000 a year,” he says.

Cardak says that while the government may have a point in terms of the necessity of educational reforms, its constant watering down of policies was not going to be as effective as “going back to the drawing board and setting clear objectives and how to deliver them”.

Although the government is still determined to overhaul education in this country, it seems some good policies and improvements may come as a result.