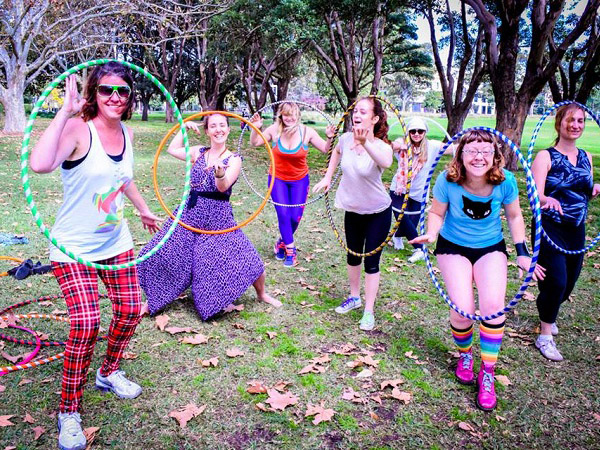 The hula hoop was invented as a children’s toy in 1958, but in recent years the 50s fad has evolved into a modern day subculture of ‘hooping’ which has spread across the world.

Performance hooping originally emerged through the world of circus, but outside the confines of the big-top it has gained so much popularity that an entire subculture has been spawned.

Hooping has become a common sight at major international festivals such as Burning Man, Rainbow Serpent, Boom and Coachella. It is not only popular as a high calorie burning workout, it has also sparked a revolutionary movement advocating the meditative and relaxation qualities of hooping which, for many people, has proven to be an effective strategy for fighting mental health disorders such as depression and anxiety.

The Hooping Life, a documentary film released earlier this year, features the story of Jonathan Baxter, founder of The Hoop Path. Baxter explains that hooping not only saved him from committing suicide, but also enabled him to free himself from a lifelong battle with depression.

What is it about the flow of movement in hooping that enables relief from such serious metal health conditions?

Bunny Hoop Star, a hooping instructor, has been teaching for the past ten years and runs her Hoop Empire classes in Sydney at Studioland – Dance Central and also teaches at international hooping retreats such as Hoop Camp California and Sacred Circularities in Bali.

With 21 years of hooping experience, Bunny firmly believes that hooping is an effective way to overcome symptoms of depression and anxiety, describing it as “soul medicine.”

“When you hoop, you are forced to bring your awareness into the body and away from the mind. This kind of shift in focus facilitates a shift in perspective and energy,” she tells upstart. 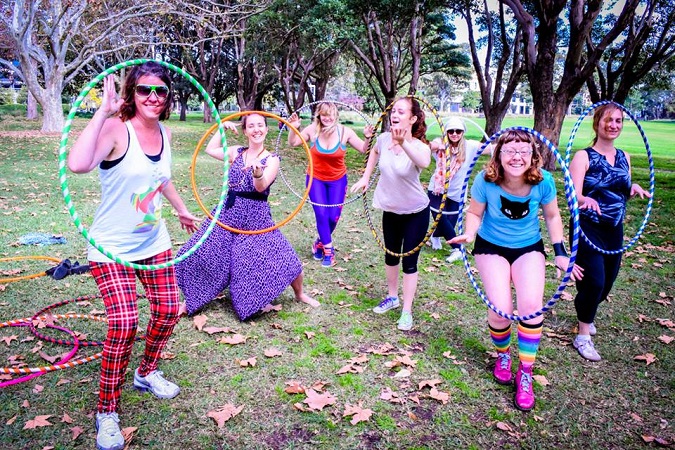 “For the past eight years I’ve struggled with chronic back pain and it has also caused the onset of mild depression and occasional anxiety. Hooping is the best thing I’ve ever done for myself. It has helped me develop my core strength and has drastically reduced my daily pain levels.”

“If I’m feeling really down I know that if I pick up my hoop, even if only for a few minutes, it will make me feel better. Hooping is a form of meditation for me because when I focus all of my energy on the hoop my mind becomes still, free from worry and stress,” she says.

“Physical exercise has various cognitive effects on the brain, such as the stimulated release of the ‘feel good’ chemical dopamine, low levels of it in the brain are associated with depression.”

“Hooping is a great form of physical exercise with many advantages such as improved sleep and health, weight loss, reduced stress levels. It stimulates a sense of self mastery, boosts confidence and self-esteem and is a fun way to create a sense of achievement.”

There really aren’t any down-sides to hooping, which is undoubtedly why this colourful subculture has become so popular around the world.

Hooping brings people together to share and learn from each other, encouraging creative expression through hoop-dance.

With all the positive effects it has to offer, the only thing you really have to lose is your worries.

‘There is a hoop for everyone,” says Bunny.

“It will change your life forever, for the better! Do it, get your hoop on!”

Hooping is an effective approach for dealing with feelings of depression and anxiety but it is not a replacement for medical treatment. If you or someone you know suffers from depression or anxiety please visit the Beyond Blue website for further information on support and advice.